The Ethereum 'Merge': Everything You Need to Know Going Forward 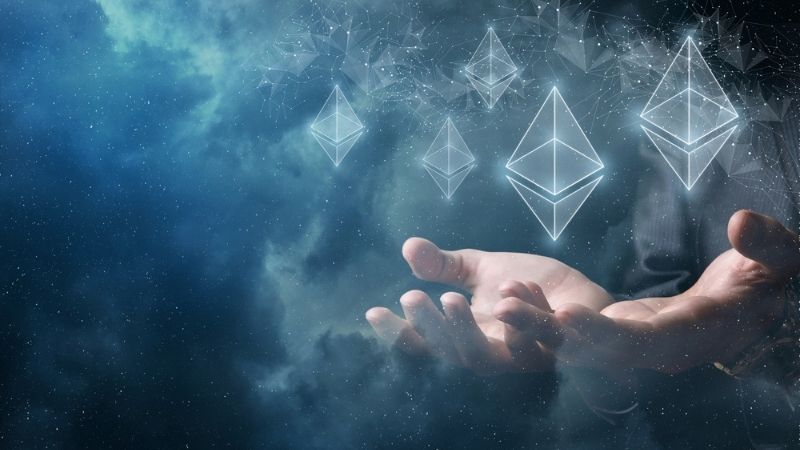 Ethereum’s "Merge" will see it transition from a Proof of Work consensus model, like Bitcoin, to the more modern Proof of Stake consensus model. While the end result will only be noticeable to the end-user in transaction time and cost, this couldn’t be a more pivotal transformation for the Distributed Software Platform.

What is the ‘Merge’?

The "Merge" is a moment in time where a merge block will be added to the chain that marks the transition. From that point on, when a new block needs to be validated, it starts checking with the Proof of Stake chain, rather than the Proof of Work chain.

While there might be a mark on the blockchain noting the transition, this doesn’t actually mean that the two are directly connected. If they were, the entire Proof of Work chain would be placed at the beginning of the Proof of Stake chain. Instead, it will just loosely point back at the previous chain and say “I correspond here”. That way, applications that need previous data, can easily navigate back into the old chain, while not defaulting with a ton of pre-existing data on-chain.

Why is Ethereum Transitioning?

The transition to PoS will be pivotal for the Ethereum platform’s ability to scale.

PoW requires dedicated computers to constantly “mine”, which has led to an arms race of sorts as massive warehouses filled with computers compete with each other to validate blocks.

Under PoS, a select group of stakers gets selected to validate a block, and as long as they all have a consensus on how a transaction is supposed to be added to the ledger, it gets done. No economies of scale or cheap energy required.

While the limited environmental impact is a huge plus of PoS, the real motivation behind the move is its improved scalability, without compromising the security of the ledger.

On PoW, you need an ever-increasing number of miners to validate a growing number of transactions. At a certain point, the law of diminishing marginal utility weighs on PoW, congests the network, and inflates transaction costs. You can add a new computer to a factory so long as there is space for it. But once you have to build or acquire a new factory to do so, you’ll likely wait to start adding more computers - at least until fees rise a little.

Conversely, PoS works faster when there are more stakers validating transactions, not when there is more money wrapped up in the staking process. This makes it something anyone can be rewarded for doing with minimal investment.

While the yield for staking Ethereum can’t yet be known, IntoTheBlock has set its projections in the range of 7% and 12%. This was calculated using the current gas fees and comes down to the amount of ETH stakes, network fees, and the percentage of fees burnt, which historically rests around 85%.

Ethereum’s EIP-1559 upgrade, introduced in August 2021, simplified Ethereum’s fee structure. Before, Ethereum used a bidding process to push your transaction to the front of the line, which caused high fees.

August’s Ethereum Improvement Proposal changed that, creating a base fee - which gets burned - and a tip, which can help you complete your transaction faster.

According to IntoTheBlock, at similar fee levels, Ethereum’s supply would decrease by “as much as 5% a year.”

While there might be a lot of hype around the current Merge upgrade, the scaling solutions up next might be just as big.

Sharding is when you divvy up the blockchain and free each node from having to store the entire ledger. Instead, you group the nodes up and only make them store data related to its specific shard. Further, fewer nodes process the transactions, allowing more transactions to be made in parallel.

By not having to store as much data, the blockchain can run faster and more efficiently as an ever-growing ledger doesn’t weigh on the nodes and slow transaction speeds.

For Laurent Kssis, crypto ETF expert and director of CEC Capital, “it’s all about the speed of transactions using shard chains, making it much more energy-efficient and ultimately paying lower fees.”