If World Cup Teams Were Stocks: Favorites and Darkhorses for the Next Rally 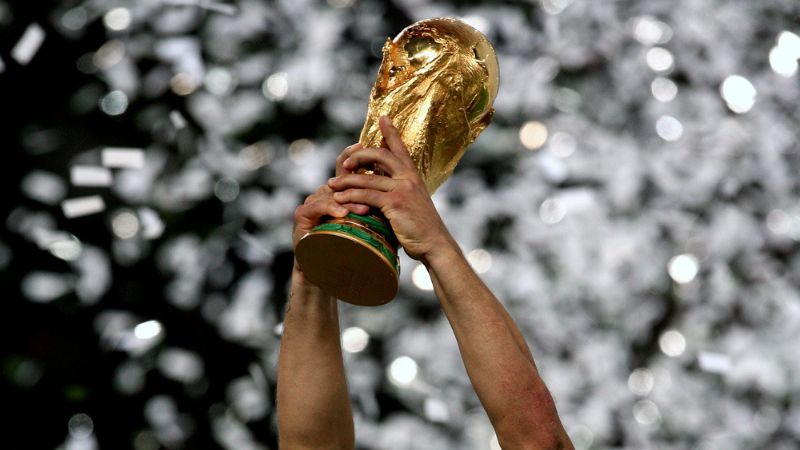 On November 20, fans of the beautiful game will go AFK as they envelop themselves in the most-watched sporting competition in the world, the World Cup.

While the Qatar World Cup is marred by controversy (which shouldn’t be ignored) and comes right in the middle of a season (which  should never be repeated), it is also filled to the brim with superstars itching to bring glory to their countries and young players ready to make their name.

As players step up to the pressure, companies are doing the same in an inflationary environment. While there won’t be a billion people tuning into Fed Chair Jerome Powell’s next speech, billions of dollars will trade in the seconds following the words “pivot time”.

Typically, traders live in a vacuum where timing is both everything and unknown. However, we live in an odd time where we can pick up a calendar, identify the CPI, PPI, PCE, and Fed meeting dates, and pretty easily ascertain that macro forces will push stocks higher or lower on those days depending on the reading or comments.

This is how soccer fans live every four years, too.

Typically, we know all of the players playing for our club, what their roles are, and what the coach’s strategy will be. But when you look at the league's schedule, you have no clue which games will prove decisive as there is no knockout tournament.

However, every four years it all goes out the window when players return to their home countries to play with different managers and teammates. Some countries have a plethora of talent with nearly every player at the top level in Europe, while others rely on lesser-known players. We know the date that countries will either celebrate or be left in dismay, but we don’t yet know the result.

With that in mind, we’ll explore stocks that have parallels with countries in the tournament. Be it drama, controversy, conservatism, or egotism, there's a stock twin for every team.

There has been controversy every step of the way for this World Cup. From the controversy that arose from its selection to human rights violations in the construction of stadiums, to it being held in the middle of a season - which forced players into condensed schedules. This Cup is rightfully controversial.

From pushing a vehicle frame down a hill and advertising it as a so-called functional vehicle to putting tape over a Cascadia label and claiming that tech was his own, Nikola fooled us all (except Hindenburg Research, check out their short-seller report here).

There isn’t a more prominent company or national team than these two behemoths right here. Brazil is the bookie's favorite, as the country boasts a superstar in every role - including the entirety of its bench.

Just like how Brazil is consistently a favorite for the bookies, Apple is consistently a Wall Street favorite. Nobody ever got fired for recommending Apple stock, and with massive support globally, Apple and Brazil are two peas in a pod.

Argentina is one of the favorites to win the World Cup. The team is strong, but its togetherness is stronger. Bringing the team together is generational talent Lionel Messi, who is only missing this one trophy from his illustrious showroom. At 34, this will be Messi’s last shot at World Cup glory, and his teammates are not shy in saying they are motivated for him.

Microsoft seemed like the right parallel here. Obviously, the Apple and Microsoft rivalry, historically, is pretty similar to Brazil and Argentina.

CEO Satya Nadella ranks highly against rival CEOs, and, interestingly, just like how Messi once retired from international soccer and then returned, Nadella succeeded Steve Ballmer in 2014 and then John W. Thompson in 2021.

While expectations for Argentina and Microsoft tend to be slightly lower than those set for Brazil and Apple, that doesn’t mean expectations are any lower for the leaders. Nadella has big shoes to fill in the form of one Bill Gates, while Messi has hardly gone a day in his career without being compared to Diego Maradona, who famously brought the World Cup home twice.

There can be no doubt whatsoever that France and Tesla are cut from the same, expensive, cloth. France is, without a doubt, one of the two most talented national teams. However, this star-studded side is volatile, guaranteeing viewers both goals and drama.

Kylian Mbabbe is about as close to Elon Musk as it gets in the world of soccer after the star negotiated a massive contract that didn’t just make him the highest-paid player, but also made him the most powerful as he wields decision-making power - including helping in the hiring of coaches, sporting directors, and player transfers…

While Tesla is filled with drama and distractions surrounding CEO Elon Musk offloading a lot of shares to buy Twitter, Tesla software engineers being recruited to look over Twitter’s code, and investor unrest; France has drama from the parents to the players.

Uber and Spain have a bit in common. Spain won everything under the sun in the early 2010s, but quickly receded from glory as legendary players retired, including former Barcelona midfielders Xavi and Iniesta.

While Spain rebuilt, Uber went from a private company that was flush with VC funding and hype through a MadeinTYO hit record, to a struggling stock that has spent the majority of its three years public below IPO price.

Things look up again for both Spain and Uber, however, as the ride-sharing service recently posted an adjusted EBITDA profit of $181 million.

However, helping it notch that was an influx of drivers that need more income in an inflationary environment, Uber successfully hiking prices without hurting its demand, and Congress not yet voting on if it will reclassify drivers as employees instead of contractors.

Just like how the performance of high school-aged kids on the biggest stage is unreliable and could certainly prove a limiting factor for Spain’s success, it's uncertain that all of these conditions will continue to be just right for Uber.

Historically, both Germany and Google are winners. However, recently, they have both failed to meet sky-high expectations. After winning the World Cup in 2014, Germany failed to make it out of the group stage in 2018. Meanwhile, Google missed earnings estimates three straight times now as spending on online advertising wanes.

However, despite recent struggles, nobody is writing Germany out just like how nobody expects Google to lose its dominance.

It's coming home? Probably not. The English national team tends to promise more than it can deliver. Despite making it to the Euro finals and losing to Italy, and having a plethora of talent; the team suffers from a history of letdowns and fans with sky-high expectations that are often set far higher than the team perhaps deserves.

Speaking of rich history and fanfared adoration that outweighs the fundamentals, AMC and the theater business are just that. A rich history of families showing up for popcorn and a movie has been kept afloat by a r/WallStreetBets community that likes to HODL the stock.

Don’t get me wrong, on their day, England can beat anyone. But they need their day to last a whole month to win the World Cup, and meme stocks - like England - have struggled to stay in form for any length of time.

The United States Men’s National Team missed out on the last World Cup and got drawn into a very tough group this time around. The US faces rivals it's had since 1776 in England, and Wales in the group stage.

Expectations for the USMNT are tempered as there remains a gulf of talent between them and the top contenders. Still, on their day, the USMNT can be a physical and tough opponent with a few tricks up its sleeves.

AMC Preferred Equity - or APE - shares seemed like the right fit. Disruptive, volatile, and anything but traditional.

Against top opponents, the US will play to frustrate opponents, just like how the APE units, distributed as a special dividend in what was essentially an odd two-for-one stock split, frustrated traditional investors who like fundamentals and norms.