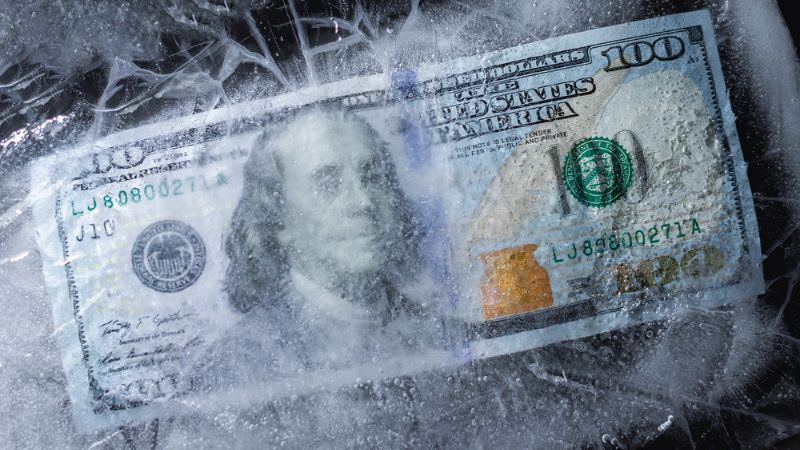 Cryptos continue to face selling pressures that have seen the largest cryptos, Bitcoin and Ethereum, give back most of their pandemic-era gains.

The crypto market continues to maintain an increasingly high correlation with growth stocks, so it's been no surprise that this massive pullback has come alongside a bear market in tech and other growth industries.

But a switch to more stable stocks is far from the only reason why cryptos are falling, as bad headlines have plagued the industry this calendar year; with the most notable negative headline coming just a month ago when the Terra project crumbled and, later, forked.

Shortly after the water started to settle from the Terra project’s collapse, Celsius - a cryptocurrency loan company - froze withdrawals from its platform due to “extreme market conditions”.

Celsius, which calls for people to “Unbank” themselves on its website, brags that you can earn 17% APY. Considering you don’t even get a full percent of APY at a bank, this seems like a great deal… if you don’t think about it.

Before crypto came to be, the stock market was the most volatile market on the block. Through the ups and downs, the market has averaged roughly 10% per year and 14.5% over the last 10 years.

To say, “Hey stop using an FDIC-insured bank and come unbank with us where your APY can beat the stock market!” should be considered one of the all-time sketchiest pitches ever thrown.

Even in crypto, high reward comes alongside high risk.

Celsius’s liquidity crisis can be traced back to a shift in lending strategy. Early on, the project lent to arbitrage traders and market makers. This strategy limited risk because they were very short-term loans with collateral backing. Basically, the digital currency version of securities lending.

But, conservative strategies will only get you so far, and Celsius was attempting to generate high yields. Thus, the project started putting customer assets into Defi markets, which are much riskier.

When Celsius made this transition in early 2021, the crypto market was booming and might have seemed like a good idea, if markets kept going up.

Lacking regulation and care for the assets under management, Celsius made the same foolish mistake that Lehman Brothers and many other banks made during the housing market crash. While mortgage-backed securities got increasingly riskier as standards for mortgages waned, unbanking at Celsius got riskier as they piled the risk onto their users in hopes that the remarkable 2021 rally would continue.

Except, this was like ten times more foolish since the housing market was over a hundred years old before it got its first crash and cryptos have had several crashes in its decade-short life…

As CoinDesk’s Oliver Knight aptly put it: “If the collapse of LUNA was cryptocurrency's Bear Stearns moment, Celsius Network threatens to become the industry's Lehman Brothers: the failure that exacerbates a market crisis.”

Ultimately, to call it a Lehman moment - and LUNA a Bear Stearns moment - honestly seems rather generous to the crypto space.

According to Mohamed El-Erian - the Queens’ College Cambridge President - on Yahoo Finance Live, cryptos are going through what he calls Round 1: overproduction and overconsumption.

El-Erian notes that lowered barriers to entry lead to overproduction and that speculation by investors leads to overconsumption. El-Erian points to fiber optics, the steam engine, and the dot-com bubble as examples of other technologies that have gone through this phase.

So why is it generous to dub this a Lehman moment?

In December, InvestorsObserver's Bobby Raines compared past Super Bowl Commercials with commercials slated for the most recent Super Bowl and asked, “Are Retail Investing 'Apes' Doomed to Repeat History?”

During the dot-com bubble, investors flocked to any stock with “.com” in its name, regardless of how risky it was to invest in a chronically unprofitable company because - the belief was - that Web 1.0 surely was their savior (spoiler: it wasn’t).

Somehow, without understanding how the internet was actually going to revolutionize things, investors convinced themselves that the companies with “.com” to their name knew something they, and the rest didn’t.

When crypto lenders get too big to fail and start funneling people’s hard-earned money into riskier investments out of arrogance of power rather than ignorance of their own technology - and with CEOs that give themselves million-dollar raises and bonuses instead of reportedly trying to flee the country during his own company’s solvency crisis - then we will meet crypto’s Lehman.

But for now, we are just separating the Amazons from the dot-coms. Detoxing the lofty promises and moving on towards a healthier, more reasonable market.