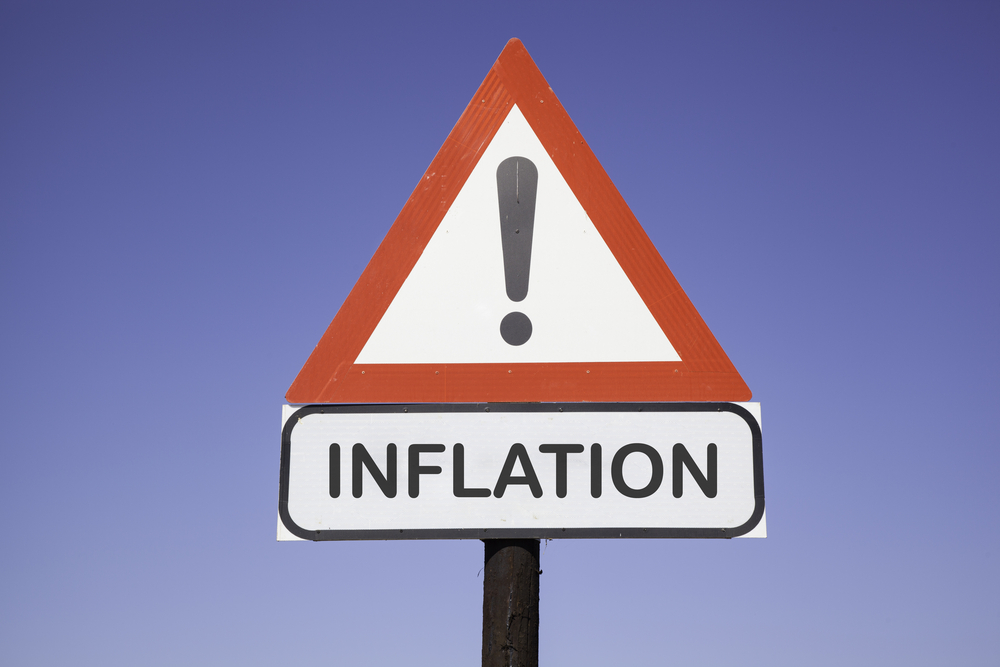 The Consumer Price Index for September showed prices rising by 0.4% in September, bringing the change over the last 12 months to 5.4%.

Adjusted to remove food and energy costs,  prices rose 0.2% last month, bringing the 12-month changed in that measure to 4.0%.

Gasoline prices rose 1.2% in September after rising by more than 2% in each of the previous three months. Fuel oil, Kerosene, propane and firewood prices all rose nearly 4.0% as colder weather approaches in parts of the country.

Food prices, both in the at home and away from home accelerated a bit, rising 0.9% and 1.2%, respectively, after both rose by 0.4% in August. A large portion of the increase in food costs was in beef and veal, which rose 4.8% in September, prices for pork and fish also rose, while chicken and other poultry prices remained pretty flat.

Prices for both Men's and Women's clothing fell, including prices for children's clothing. This may suggest some back-to-school discounting. Jewelry and watch prices were also lower last month.

Recreational products, which includes things like televisions and other audio-video equipment fell, as did prices for sporting goods and toys.

Used car prices fell for the second month in a row after a period of double-digit gains earlier this year. Prices for auto rentals and other travel-related services, such as air fare fell after also posting big gains earlier in the year.

Prices for new cars continued to rise as supply lines remain snarled and a shortage of chips has cut production, pushing most automakers to cut back on discounts and incentives and to focus on production of higher-end models.