Why Do Stocks Go Up And What Does That Say About A Stock's Rank? 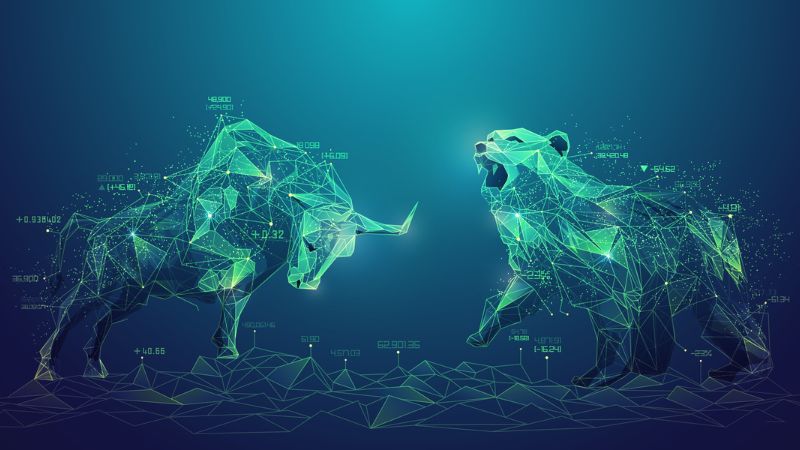 Most traders at one point or another in their investing career find themselves asking a simple question: What makes a stock price move up and down?

Sure, I could just link you to a basic supply and demand curve and tell you that it comes down to basic economics, so the price is where the demand line intersects with the supply line. But that doesn’t really help, as the plethora of assumptions involved in creating the graph is where traders make their money - not from their knowledge of the drawing project.

Let's start with the more speculative side of things: demand.

Demand is a fickle matter as it gets influenced by virtually everything related to this forward-looking market.

The strength of the economy, where we are in the economic cycle, and the prevailing expectations for a company and its industry are just some of the influences on demand.

Even things that have nothing to do with the market can influence the price. On many stock charts, you can overlay things like the lunar cycle, because why not blame celestial bodies for poor returns?

Anyways, in strong markets, investors are confident and willing to make bets in the hopes of outsized growth. So they buy stocks at market price and hold. In down markets, investors err on the side of caution and purchase stocks that fare better under the circumstances - or bonds and other haven assets.

We won’t spend time going off on a tangent about the moon stuff. Instead, we’ll move on to some of the technical influences on prices and how seemingly common terms can have double meanings in the stock market.

The interesting thing about markets run by the emotions of humans is how we sympathize with prevailing trades (only to get burned by FOMO). Selling spurs more selling, that is, until it starts emboldening buying.

When a stock plunges 10% on Monday, it often rises solidly the next day and the common term “oversold” comes out.

Oversold can mean a lot of things, depending on who says it. Oversold to a fundamental trader says something along the lines of, while the price may have been too high given the recent developments, the price is now low and attractive given its growth prospect.

To a technical analyst, this typically involves things like its position relative to support and resistance, as well as its moving averages and some oscillators such as the Relative Strength Index. They don’t necessarily care about a potential overreaction because they like the stock, they care that stocks tend to rise some amount after they have fallen - so they’ll make a gamble.

While there are fundamental and technical influences, there are also those traders that just want to see markets descend into profitable chaos. These investors pretty much only care that conditions are favorably-poor for the stock and that there is an army ready to throw cash until it forces liquidations.

High short interest on stocks has become an indicator for meme investors. As long as the stock has the necessary shorts to squeeze, this hybrid technical-social variable can whipsaw deep into the green or red, depending on your side in the war.

The number of shares available to investors - or its supply - is another important factor. This is called the company’s “float”.

Companies return value to shareholders, sometimes, by manipulating the number of shares available. This can be through share repurchase programs, that effectively raise the price as the supply of the stock falls. Or through offerings where the company gambles that it can return value over the long run by selling more shares - decreasing the price - and investing that money in new projects, manufacturing capabilities, etc.

Further, insiders and large institutional and individual shareholders tend to hold stocks for a longer period of time. Sales increase the float, and lower the price, while purchases tend to push the stock higher.

There is a speculative side to supply that intertwines with demand, like that CEO so-and-so is buying because they know something or “How much Tesla stock will Elon Musk sell to buy Twitter”.

The various ranks at InvestorsObserver are functions of a stock’s technical and/or fundamental standing, relative to every other stock.

It's important to remember that these ranks can change due to both internal and external factors, meaning Apple’s Short-Term Technical rank can decline due to its own price movement and the movement of the rest of the market.

This is useful for making sense of the bigger picture and answering the question: "What does this mean?"

Sometimes it denotes that a stock is weak relative to the market, while other times it can mean that other stocks are simply stronger at this point in time.

Valuation, Fundamental, and Analyst ranks all change the most during earnings season and, particularly following an earnings report. Analysts adjust price targets and estimates leading into and following a report, which means that these ranks all are influenced by internal factors primarily at that time. External factors influencing these ranks also tend to primarily rear their head during earnings season as other stocks are reporting and being adjusted as well.

Lastly, the Overall Rank takes into account the Fundamental, Short-Term Technical, and Long-Term Technical ranks. Because of the 30-day horizon on the Short-Term rank, this is the biggest influence on day-to-day change. However, improvements and erosions to Fundamental and Long-Term technical ranks can anchor a rank as it takes longer to wash a particularly low or high period out of influence.