What's Next for Bitcoin, Cryptocurrency and the Blockchain 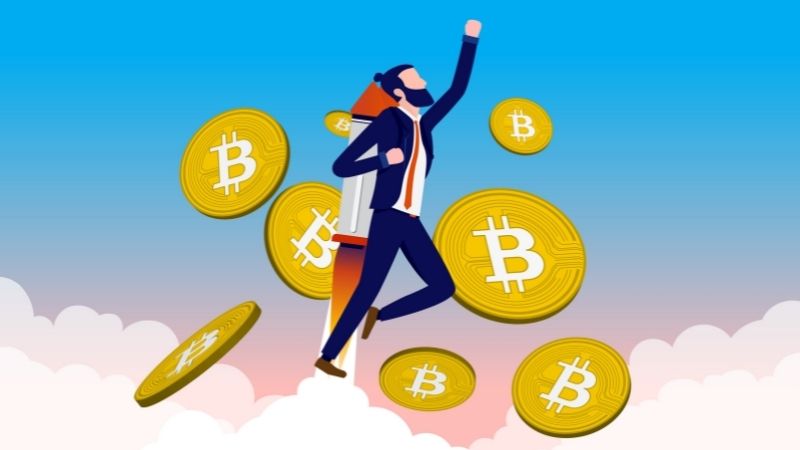 Lastly, this recent upward move is happening during a time where other interesting things are being done with the technology  as opposed to just meme currencies where celebrities sponsor or brand a cryptocurrency with no unique value proposition.

Who are the Biggest Winners So Far?

Can’t talk about a cryptocurrency rebound without starting with Bitcoin of course. The currency with the highest market cap, by far has recovered extremely well since bottoming out below $30,000 in late July. It has since crept back above $50,000. Bitcoin has yet to reach the highs it set back in mid-April but is back near where it was from February to May this year, which was also when retail investors got into meme stocks. The coin has recently experienced resistance at $50k as it often receives support or resistance at each $10k interval.

Meanwhile, the second largest coin, Ethereum (ETH), has also been a big winner in the recent rebound with its price nearly doubling over the past month from roughly $1,800 in late July to $3,200 currently. Bitcoin and Ethereum often trade very similarly but Ethereum has experienced larger swings with the currency up to nearly 10x the price it was a year ago while Bitcoin is “only” roughly 5x its price from a year ago.

Even Dogecoin has once again experienced a surge in price from about $0.17 in Late July to $0.30 now. Interestingly enough, all three of these currencies mentioned hit their three month bottom on July 20 and rebounded since then. This somewhat contrasts with the highs set back in earlier in the year when Bitcoin peaked in mid April only to fall as investors moved to Dogecoin and Ethereum at that time. Bitcoin traded roughly $10,000 below its high while Dogecoin and Ethereum roughly doubled in price until early/mid May when they all fell until bottoming on July 20.

Why are Cryptos Moving Again?

There are many reasons that cryptos are once again moving higher. Coins have definitely been in the news recently with China’s crackdown on cryptos pushing many miners away from the country. Along with China’s increased regulations, the new infrastructure bill contains new reporting requirements for companies operating in the cryptocurrency industry. Bitcoin and other coins have long been ignored by politicians waiting for the craze to die off but recent developments lend credibility to these currencies even if they aren’t exactly being promoted by officials.

One of Bitcoin’s and other cryptos' selling points is the fact that it is not an official currency of anywhere and so governments can't exercise control over it. It more closely resembles a currency built on the gold standard with a fixed mining rate and limited supply available to be mined. Increased regulations from government officials may not seem like a positive initially but it gives cryptos credibility as a legitimate currency and puts it in the news for reasons other than being the payment method of choice for hackers and other illegal activity performed online.

As more regulations are made to protect people interacting with cryptocurrencies and more establishments accept it as a form of payment (and not just immediately converting it dollars or other “official” currencies), then these coins will have more credibility and legitimacy to them.

Why This Time is Different

Apart from everything going on with regulation, one of the best signs for cryptocurrencies are what is going on with the blockchain. It appears to have finally moved away from copycats where currencies are made every day that are tied to some celebrity or meme (*cough* Dogecoin *cough*) and now trying to fund useful things to do with the technology. Innovations such as non-fungible tokens (NFTs) such as Alethea AI, a more “intelligent” NFT that loosely uses the term artificial intelligence (AI). There are now thousands of coins that act as a currency, software platform, stablecoin, or application token that each have their own value proposition and attempts to solve some real-world problem.

Many of these new ideas are likely to fail but some may actually work and gain traction as people learn to better understand blockchain technology and the benefits it can provide. Either way, as more innovations are made using this new technology it moves further away from being a temporary fad to being a key part of what the future holds going forward.