What Happens if Russia Shuts Off the Nord Stream Pipeline? 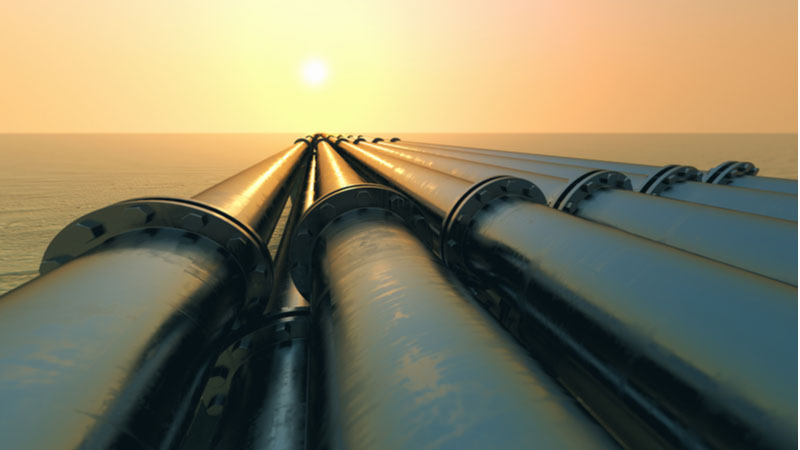 On July 1, 2022, the operator of the Nord Stream 1 natural gas pipeline, Nord Stream AG, announced that its pipeline would undergo annual maintenance starting on July 11.

Nord Stream 1 serves as a key link for natural gas shipments from Russia to Europe, and its scheduled repairs are expected to last ten days, with full service resuming on July 21.

While the "testing of mechanical elements and automation systems" taking place on the natural gas conduit has occurred every year since its first delivery in 2011, the move has taken on increased significance thanks to the geopolitical tensions surrounding Russia's invasion of Ukraine in February.

Nord Stream AG's largest shareholder is Gazprom, a Russian multinational corporation that is the world's largest public gas company. As Gazprom is majority-owned by the Russian government, the Nord Stream pipeline is effectively under the control of Russian leaders.

Last month, Russia’s Gazprom caused alarm among German leaders when it reduced the gas flow through Nord Stream 1 by 60%. The company cited technical problems involving a gas turbine powering a compressor station as a reason for the shipment changes.

Gazprom's partner, Siemens Energy, had sent the compressor to Canada for maintenance, but it was unable to be returned due to Western sanctions.

Despite the technical explanation, many German politicians have dismissed Russia’s explanation, and have instead accused Putin of waging economic war.

The Nord Stream 1 was inaugurated in November 2011 under the tenure of German chancellor Angela Merkel, who deemed the initiative a “safe, sustainable partnership with Russia in the future."

The pipeline, which is primarily underwater and has a length of 1,224 km, runs from Vyborg in northwest Russia to Lubmin in northeastern Germany via the Baltic Sea.

Overall, Nord Stream transports 55 billion cubic meters of gas every year, of which the vast majority goes directly to Germany.

While the pipeline served for years as a brilliant investment for Germany that enabled its citizens to enjoy affordable energy, Nord Stream has since acted as a valuable piece of leverage for Moscow after Russia was hit with German sanctions.

For years, experts have viewed Germany as an economic powerhouse whose industrial prowess allowed the country to become  the largest economy in Europe.

But Germany's economic miracle has always been based on cheap energy from Russia, and access to global markets, most notably in China.

While analysts were quick to point to Germany's success, few were willing to concede that Merkel's leadership had become reliant on two authoritarian regimes with numerous human-rights abuses.

However, many of Germany's allies, including U.S. President Donald Trump, warned of the ramifications of depending too much on hostile foreign powers.

The warnings went unheeded, and as of 2021, a whopping 35 percent of crude oil, 55 percent of natural gas, and approximately half of hard coal imports still came from Russia.

Effects of a Shutdown

The result of a Russian shutdown would catastrophic for Germany's economy, and Habeck has said that Germany could face a “nightmare scenario” if Russia stops gas shipments.

However, the only scenario in which capacity approaches somewhat safe levels (25 per cent in the winter and 40 per cent in the summer) are those in which Russians meet their gas commitments under German law.

This means that any deviations from the expected supply would significantly tax Germany's reserves.

Many experts believe that in the event of a shutdown, only "protected customers" would be able to be served, such as the following essential services: households, hospitals, schools, police stations, food producers, and small businesses like bakeries and supermarkets.

Half of Germany's 43 million households are heated with natural gas, so prioritizing these homes (particularly in the winter), would be critical.

As the fertilizer industry uses gas as a raw material, a shortage of gas means Germany would not be able to produce fertilizer.

The net result would mean that farmers would not be able to produce enough food, ultimately creating a shortage of foodstuff that would further elevate global prices.

Recently, German electricity prices have surged to an all-time high, with current 1-year forward electricity contracts coming in at EUR 340 per MWh.

To put this figure into perspective, prices have never surpassed €100 per MWh in the last three decades.

In a worst case scenario, the coming year could see electricity turning from a utility into a luxury good for many Germans.

The net result of all these problems would be an economic crisis effecting every sector of the German economy.

Production declines and mass layoffs would follow, with energy-intensive industries such as chemicals, steel, fertilizers and glass particularly affected.

German Vice Chancellor, Robert Habeck, put it succinctly when he said, "Companies would have to stop production, lay off their workers, supply chains would collapse, people would go into debt to pay their heating bills.”

Additionally, a study commissioned by the Association of Bavarian Business estimates a cut-off  of gas would result in the loss of €193 billion within six months - equivalent to a staggering 12.7 percent contraction in the German economy .

Decline in Standard of Living

If gas reserves remain at current levels, Germans may soon have to ration hot water, dim street lights, and shut down swimming pools as the impact of its energy crisis spreads from offices to entertainment centers to homes.

Overall, the GdW (the Federation of German Housing Enterprises) said the Ukraine war will push up energy prices for consumers by between 71 percent and 200 percent, putting normal household items out of the reach of everyday Germans.

How Likely is A Shutdown?

Despite Kremlin spokesperson Dmitry Peskov saying the planned maintenance is "routine" and that Russia is not “inventing” any repairs, the mood among European leaders is noticeably bleak.

German Vice Chancellor Robert Habeck has said that he suspects Russia may cite “some little technical detail” as a way to avoid resumption of natural gas deliveries.

According to the Washington Post, Halbeck said that “everything is possible," but that “we have to prepare for the worst.”

While a complete halt would be unprecedented, and send shockwaves throughout Europe, Putin has shown that he is willing to do whatever is necessary to achieve his objectives.

As one Europe's only sources of energy, a partial shutdown would only raise prices for Russia's gas and add to the country's cash reserves.