Is Elon Musk Really Worth an Extra 30% to Twitter Shareholders? 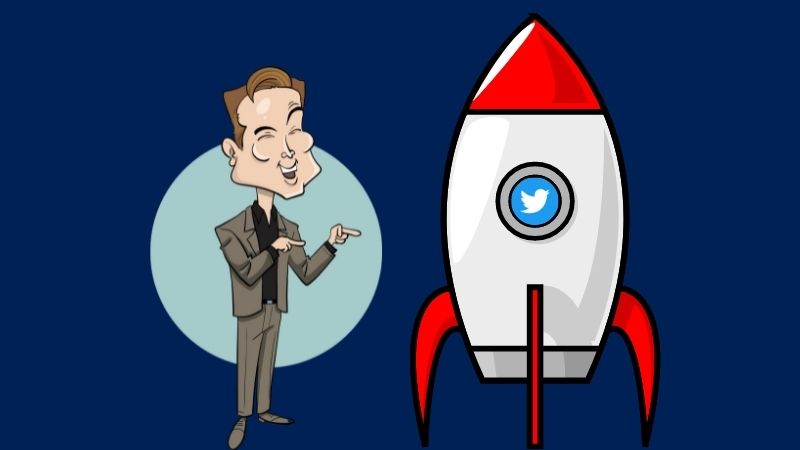 For other tips that aren’t financial advice check out the underrated r/wallstreetsbets.

In all seriousness there is little known about what Elon Musk intends to do with his new 9.2% ownership stake in Twitter (TWTR). Hopes for Elon to join the board were originally low as the Founder of Tesla disclosed his stake on a Schedule 13G as opposed to a Schedule 13D. Investors are eligible to use the 13G only if they acquired the shares without any purpose or intent to influence the control of the issuer. However, that changed fast as the following day a Form 8-K was filed announcing Mr. Musk will be joining the board of directors.

Even if Elon doesn't plan to directly influence the social media platform, he has already pumped Twitter stock by simply buying shares. The cult of Elon quickly moved in to the tune of TWTR rising 27.13% Monday following the news. Interestingly and not surprisingly, Elon also made some questionable tweets before this report as he held a Twitter poll on whether Twitter itself adheres to the principles of free speech. The founder of SpaceX later tweeted asking whether a new platform was needed.

Apart from another potential legal battle over tweets and the influencing of stock prices, this activity could easily be seen as influencing the issuer at some level. Musk actually acquired some of these shares before his tweets on March 26 which included stating that “the consequences of this poll will be important”. It's not that far stretched to see these tweets as trying to influence Twitter's management, meaning that Elon could be facing more legal drama due to the decision to file a Schedule 13G instead.

As riveting as analyzing legal interpretations are, most investors who purchased TWTR on Monday are likely from the cult of Elon ready for another ride. Whether or not Elon is directly involved in management decisions isn’t as important as the fact that he’s tweeting about it and thus pumping the price since markets move based on what Musk says. Since it is 2022 and that’s the way the world works now. Plus, Musk has a lot on his plate already so any influence of Twitter could be minimal regardless of intentions.

So how have things performed in the past after being tweeted about by the man himself?

Pretty well for the most part.

Most famously, Tesla (TSLA) shares surged even after Elon tweeted that its stock price was “too high”. Because why wouldn’t the cult immediately respond by buying more shares. The stock lost some of its gains shortly after but continued on a long bullish run that didn’t really stop until six months later. The long run upwards of Tesla stock has very little to do with one Elon Musk tweet but the continued high valuation has a lot to do with its founder and his “captivating” personality.

Outside of Tesla, Elon has enjoyed expressing his support for dog themed cryptocurrencies. Following his tweet declaring Dogecoin (DOGE) as the people’s crypto, DOGE saw its value double immediately. Just a few months later Dogecoin rose from roughly $0.05 to over $0.60 in under a month. Meanwhile, the same day that Mr. Musk tweeted “I’m looking for a Shiba Inu pup!”, the price of Shiba Inu (SHIB) jumped 186% and eventually skyrocketed 2,100% at its peak over the next week. More recently Elon used his magic powers to tank SHIB  20% after responding that he didn’t own any of the coin when the cryptocurrency’s Twitter directly asked him. Musk has also helped fuel some price gains in Bitcoin (BTC) and Ethereum (ETH), but on a much smaller level in comparison.

Looking at recent events with other assets, Musk's interactions typically provide a short pump that can last a day, week, month or more depending on the underlying asset. SHIB and DOGE both saw the largest and longest gains as Elon tweeted before they were as big a deal but certainly wasn’t the first to notice the coins gaining traction amongst retail traders. Tesla has seen large and lasting gains as well but again that is a situation where the Elon effect is multiplied to the extreme. Twitter probably most closely resembles Bitcoin and Ethereum as the coins were well-established far before Musk tweeted about them and obviously Twitter’s greatest achievement isn’t being noticed by a billionaire.

The 30% jump from Twitter is likely to fade to some degree, but Elon’s ability to get the general public interested in an asset should never be underestimated. Additionally, with Musk now joining the board, he is likely to express continued interest in all things Twitter.

Simply put, its good for shareholders to have Elon on the board with interest in how the company is run as Cult of Elon will be ready to buy more and more shares based off advanced technical analysis such as what time of day Elon tweets. The results are already there with Twitter stock soaring since the announcement and the newest board member won't be getting rid of his shares anytime soon due to being an insider and having to file a 10B5 plan in order to sell his stake.

There will likely be a reality check on Twitter's stock price in the near future but trying to time any downfall may just lead to the same success as those who have been betting on when Tesla will be valued like other automakers. Regardless of involvement in the social media platform, investors should be ready to go on a volatile ride over the next few weeks, months, and potentially years for Twitter. Either way, its going be fun to receive instant updates over Twitter board room decisions from a board member live tweeting his thoughts on the matter and gauging public interest on decisions.