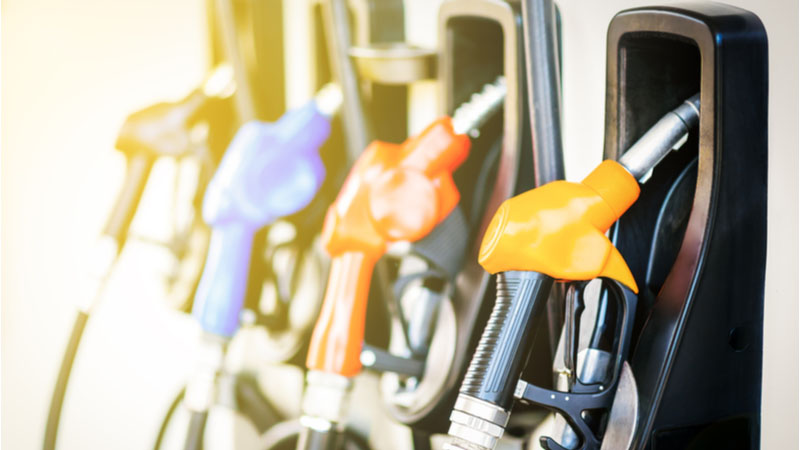 The Covid-19 era ushered in an unprecedented period of volatility into the global economy that led to a number of faulty predictions from government agencies and financial institutions. From the stock market, to sanctions, to the coronavirus, experts seemed caught off guard by the rapid economic changes and were unable to update their previous models to match the new reality.

The current energy crisis has also fit the pattern, with the Energy Information Administration (EIA) projecting in December 2021 that gas prices would drop below $3 per gallon. Seven months later, prices have risen to over $5 per gallon, and JPMorgan now expects gas prices to hit a national average of $6.20 a gallon by Labor Day.

After reaching an all-time high of $5.016 for Regular Unleaded gas on June 14, the national average currently sits at $4.897, as reported by the AAA.

It's no mystery that gas prices are one of the most important factors that American citizens consider when evaluating the economy. For instance, a 2020 Gallup poll found that consumers' views on the country's economic health seem to be inversely correlated to the price of gasoline.

So it's no surprise that The University of Michigan Consumer Sentiment Index fell to its lowest ever recorded in the past week - a continuing sign that Americans are wary of paying at the pump. Part of the reason that consumers view high gas prices as so damaging to the economy lies in the fact that they effect both individuals and businesses alike.

Consumers who spent more on gas simply have less money in their pocket to spend on other activities, often leading to a cutback in vacations, leisure, and entertainment. High prices also make it far more difficult to pay for the commute to work, which means that some prospective job candidates will have to turn down positions as driving would eat up too much of their wages.

Additionally, high gas prices mean shoppers will tend to drive less, which means that local businesses and places like the mall or shopping centers will see a reduction in costumers.

Recent studies have shown that not all Americans are affected equally by rising prices.

A report in March from CNBC  found that those who earned $50,000 or less annually were affected the most by high fuel costs. These households, who often live in rural areas, have little access to public transportation and thus no way to get out of their cars.

“Lower-income adults are really feeling these gas prices; they’re having to cut back on discretionary spending,” Kayla Bruun, an economic analyst at Morning Consult.

A recent Harris poll showed that a whopping 81% of workers said increased gas prices were hampering their ability to pay for other necessary expenditures, such as groceries and utility bills.

Meanwhile, higher-earners have been able to absorb the cost increases with less disruption to their spending.

After vowing at the outset of his term to "reverse the damage" that Trump had inflicted on the environment, the Biden Administration made a number of high-profile moves in its first year that included revoking the permit for the construction the Keystone XL Pipeline, banning new oil and gas leasing in Alaska, and enacting regulations on multiple refineries.

In recent weeks, the administration has taken a more mixed stance on American energy, with President Biden calling on U.S oil refiners to increase production.

“The crunch that families are facing deserves immediate action,” Biden said in a letter to seven oil refiners. “Your companies need to work with my Administration to bring forward concrete, near-term solutions that address the crisis.”

On Thursday, U.S. Energy Secretary Jennifer Granholm met with oil refinery executives in an attempt to persuade the companies to lower prices.

Reuters reported that Granholm expressed interest in potentially lifting smog-fighting gasoline rules, as well as nixing a planned ban on fuel exports to appease the companies.

While sources said the talks would continue, it seemed that the meeting failed to reach a consensus on a solution.

The government has also played with idea of releasing additional barrels from the U.S. Strategic Petroleum Reserve, building on its two previous releases last year. In May 2022, Biden ordered the release of another 5 million barrels, bringing reserve stockpiles to 538 million barrels, the lowest level since 1987.

In November 2021, Biden ordered a release of 50 million barrels from the Strategic Petroleum Reserve over several months. While many experts said that the move was necessary at the time, it's unclear whether the release had any effect on prices.

While omicron restrictions and a feared travel collapse did push prices down for a short period, the results were only temporary. By mid-January of 2022, the price of oil was above where it had been before the reserve output.

The U.S. government has long found itself in a precarious situation when it comes to buying petroleum from major oil producing countries, and in the past it has deferred doing business with certain leaders due to human rights abuses.

The U.S. largely cut off Iranian oil due to the country's propensity to fund terrorist groups, and it has also stopped oil transactions with Venezuela to avoid enriching Maduro's regime. The burdensome domestic energy regulations and the recent Russian conflict have now caused the U.S. to dramatically reduce its reliance on Russian oil, leaving the Biden Administration with few options.

To help shore up supply, Biden has reached out to Saudi Arabia, and now plans to visit the kingdom next month for a meeting with Arab leaders including Saudi Crown Prince Mohammed bin Salman.

Earlier in 2022, Biden administration officials were reported to have traveled to Venezuela to discuss potentially easing sanctions on oil exports from Caracas.

In another unprecedented move, President Biden has called on Congress to suspend the federal gas tax for three months, through September.

Though Biden has promised to maintain funds for the Highway Trust Fund in the absence of the Federal Gas Tax, it's unclear where this money will come from.

The proposal could also face stiff resistance in Congress. In March, Nancy Pelosi dismissed the idea of a gas tax holiday as “showbiz.”

“OK, let’s just do something, there it is,” she said, criticizing the idea. “But it is not necessarily landing in the pocket of the consumer.”

Desperate times call for desperate measures. The Washington Post reported last week that Biden officials are exploring whether the federal government could send rebate cards out to millions of American drivers to help them pay at gas stations.

The idea was ultimately canned after aides had "found that shortages in the U.S. chip industry would make it hard to produce enough rebate cards." White House officials also feared there would be no way to prevent consumers from using them for purchases other than gasoline.

Although it's unlikely these cards will ever see the light of day, expect to see more radical proposals if gas prices skyrocket in the coming months.