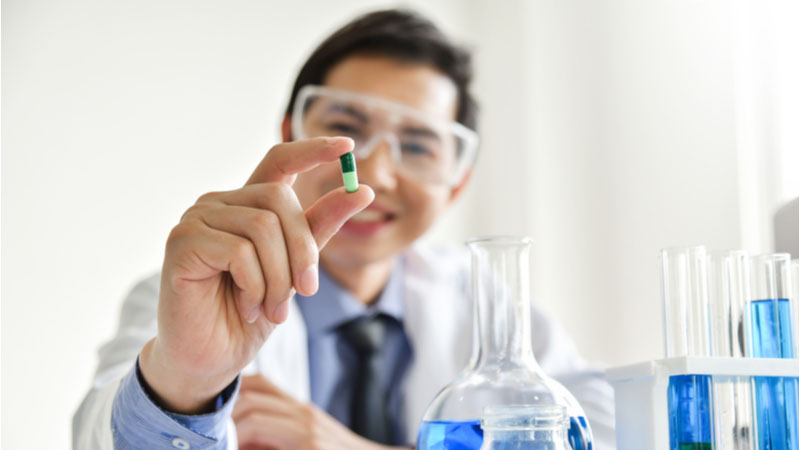 What is going on with BIIB?

The pre-specified analysis of plasma samples was conducted by an independent lab, drawing from the two pivotal ADUHELM Phase 3 EMERGE and ENGAGE trials.

The announcement was made in conjunction with Elsai, Ltd., a Japanese-based pharmaceutical company who Biogen has partnered with for the trials.

What does this mean for Biogen?

The analysis highlighted that ADUHELM significantly reduced tau pathology, a defining feature of Alzheimer’s disease, as measured by plasma p-tau181, when compared to placebo.

The effect was greater with higher doses and longer duration of ADUHELM treatment.

“We now have robust and concordant data that ADUHELM has effect on two core defining pathologies of Alzheimer’s disease, and substantial evidence of treatment correlation between changes in plasma p-tau181 and the slowing of disease progression,” said Alfred Sandrock, Jr., M.D., Ph.D., Head of Research and Development at Biogen.

“We are committed to continuing to generate data, and we believe these new findings can help inform treatment choice and advance Alzheimer’s research including in diagnosis and disease monitoring.”

ADUHELM is a monoclonal antibody directed against amyloid beta. The accumulation of amyloid beta plaques in the brain is a defining pathophysiological feature of Alzheimer’s disease.

BIIB has a Fundamental Rank of 74. Find out what this means to you and get the rest of the rankings on BIIB!

Biogen and Idec merged in 2003, combining forces to market Biogen's multiple sclerosis drug Avonex and Idec's cancer drug Rituxan. Today, Rituxan and next-generation antibody Gazyva are marketed via a collaboration with Roche. Biogen also markets novel MS drugs Plegridy, Tysabri, Tecfidera, and Vumerity. In Japan, Biogen's MS portfolio is co-promoted by Eisai. Hemophilia therapies Eloctate and Alprolix (partnered with SOBI) were spun off as part of Bioverativ in 2017. Biogen has several drug candidates in phase 3 trials in neurology and neurodegenerative diseases and has launched Spinraza with partner Ionis. Aduhelm was approved as the firm's first Alzheimer's disease therapy in June 2021.