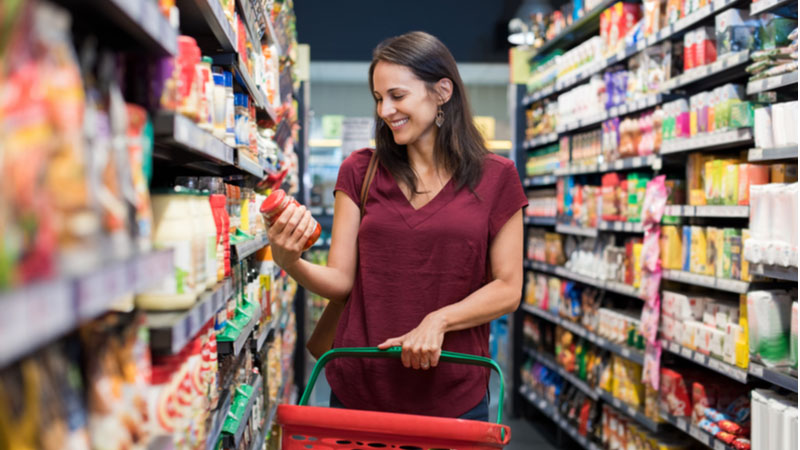 Stocks are on the rise Tuesday afternoon. Cryptos are higher.

Retail Sales were better than expected. The headline figure rose in line with estimates at a pace of 0.9%, while sales excluding auto showed a 0.6% rise, outpacing the expected 0.3% rise. This report showed resilience in spending as spending increased across most consumer discretionary categories. Consumer discretionary is nonessential spending, so despite price increases weighing on wallets, discretionary spending persisted in April.

In other economic news, Industrial Production and Capacity Utilization both exceeded estimates. Production rose 1.1% month/month, while Capacity increased to 79.0% from 78.3%.

Walmart Inc (WMT) is losing 11.82% after a disappointing earnings report. Walmart missed earnings while beating revenue estimates, as Sam's Club - and to a lesser extent Walmart U.S.A. - weighs on the company's margins. Lastly, Walmart's CFO noted a change in spending behavior due to inflation that is pulling spending away from discretionary spending and may have contradicted Home Depot's report.

Speaking of, Home Depot Inc (HD) is up 1.29% after hammering estimates. Home Depot comfortably beat earnings and revenue estimates, while issuing upside EPS and revenue guidance for full-year 2023. This report directly contradicted Walmart's at first glance, but when digging deeper, there might be more similarities than differences. Home Depot's transactions declined 8.2% year-over-year and saw its average ticket price increase 11.4% as inflation continues to drag prices higher. This may have steepened the ongoing trend away from DIY spending for larger projects and could be a cause for concern to investors because large projects tend to require financing, and with the Fed hiking rates, demand could slow.