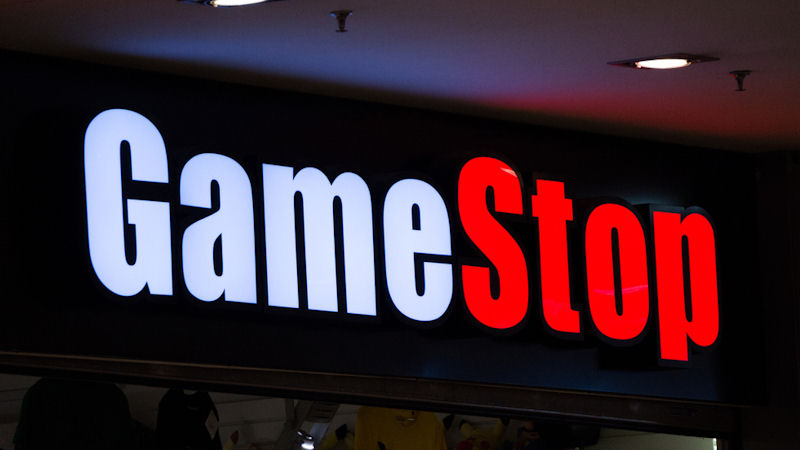 So you got lucky, or made a “calculated investment decision”, and have made a killing on GameStop (GME) stock by buying shares before Redditors and other traders sent GME to the moon.

Maybe you already decided to sell all or most of your shares when it was more than $300, or maybe you have diamond hands and are holding shares for the next pop.

Knowing when to exit a position is a whole beast in its own right. Many people believe consistently timing the market to be impossible to to do consistently, however, there is another major factor to consider when deciding when to sell your shares.

It’s certainly not a subject many associate with the concerns of a YOLO trader… taxes.

The Advantages of Trading in Retirement Accounts

How much you may owe in taxes from a stock investment heavily depends on how long you held the position and what kind of account position was held in. A retirement account such as a 401k, or a traditional individual retirement account (IRA) allows investors to invest pre-tax income, often taken directly out of a paycheck, into the account on a consistent basis.

Even a Roth IRA, where the deposits have already been taxed, can be advantageous for investors, as trading gains aren't taxed at the time, nor are an investors eventual withdrawals.

The advantage of this is that you do not have to pay taxes on that income until withdrawals are made, and is then taxed at the ordinary income rate. Additionally, the biggest advantage of retirement accounts for more volatile investments is that traders can buy and sell in the account and not worry about taxes on investment gains and dividends.

As long as your money stays in the account, you do not pay taxes on investment gains, interest, or dividends received. This is hugely beneficial as traders using a typical brokerage account are taxed on dividends and capital gains and holding time is a huge factor in analyzing when to sell an investment.

People might not immediately associate trading meme stocks with retirement plans, but investors can still trade more volatile stocks in these accounts and avoid paying taxes on those big gains. Investors need to be very aware of the risk in these types of investments. Trading meme stocks such as GME or AMC Entertainment (AMC) can lead to massive swings in value and probably shouldn't be done with a significant portion of anyone's retirement account.

For traders that are not using a retirement account, taxes become a much larger part of the discussion on when to sell a significant holding. A Robinhood trader that is just playing around with a couple hundred bucks in some meme stocks has less to be concerned about at tax time. On the other hand, a more aggressive investor with say $30,000 held in AMC stock has more to worry about when considering how much any gains realized will be taxed. A trader using a typical brokerage account will be taxed on any profits realized from a trade. The percentage taxed however, is dependent on the length of time holding the asset.

To Wait or Not to Wait, That is the Question

Investors need to decide whether it is worth holding onto a meme stock, or any asset for that matter, for more than a year in order to decrease the potential taxes owed. Again when trading in smaller accounts on the side, these tax implications may only be a matter of a few dollars or even cents.

It is best in most of these cases to just sell when the trader believes they should, because potential losses could be much larger than taxes.

Additionally, if your losses exceed your gains, then you can deduct up to $3,000 per year, thus if you're sitting on a loss and you don't envision the stock making a comeback, then it's not a bad idea to just get out of the position when you can.

But in a situation where you're sitting on a large profit from trading in a stock that recently surged, such as if you got into GME or AMC before they popped, deciding when to sell can have massive implications. Investors will need to weigh whether they should hold the stock for at least a year in order to lower the tax hit.

The obvious catch is that for assets fueled by YOLO traders, high volatility could see it crash back down at any time. GME for example now trades at less than $200 after being above $300 just last month, while AMC hovers around $40 and traded at more than $60 briefly back in early June.

Now a small drop in price might actually be worth the tradeoff for lower tax rates so investors should keep track of  their tax bracket and filing status for long-term capital gains taxes. This can allow you to calculate a exact breakeven price where you would receive the same profit at a lower tax rate than if you were to sell immediately. Once that is calculated, traders can make a judgement on whether they believe the stock price will be above that breakeven point at the time their position reaches one year in length.

Being able to time the market is something that many traders attempt, albeit with very large differences in success. Whether those who succeed are lucky or smart is up for debate. No one knows exactly what the price of GameStop or AMC will be in three, six, or 12 months, but that shouldn’t stop traders from doing their due diligence and doing everything they can to get the most out of their portfolio.