Unforkable Utility: Here's How to Spot a Competitive Advantage in the Open-Source World of Cryptos 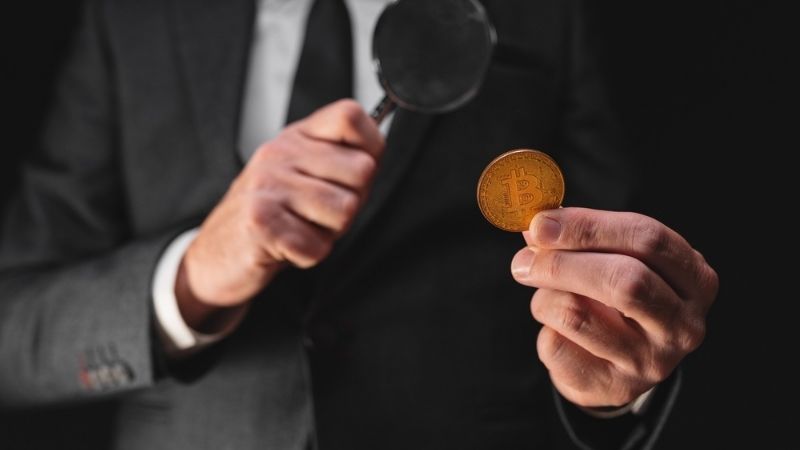 Understanding a company's competitive advantage is important when investing in stocks, but, in cryptos, open-source projects can be easily copied in full making it hard to identify a crypto’s so-called “unforkable utility”.

In the stock market, “competitive advantages” empower companies to consistently have a leg up on competitors through superior margins and/or sales capacity as superior branding, product quality, intellectual property, etc. are extremely difficult to replicate.

Unforkable utility is the parts of a crypto project that can’t just be copied, pasted, and then tweaked to create a competitor to the original coin.

Think of Dogecoin. The coin was famously made as a joke, but it caught on for whatever reason. First mover advantage into the realm of nonsense investing, I guess.

Dogecoin was created in three hours by forking Lucky Coin, which in turn was a fork of Bitcoin. Despite being a joke, Dogecoin for whatever reason had that special oomph necessary to become a global sensation.

Then came droves of copycats trying to be the next person to make the same joke for a laugh - or buck. Out of all of them, there really is only one Shiba-related crypto that isn’t Doge that made a lasting impression, and that was Shiba Inu.

Dogecoin has (or had?) an amazing competitive advantage through Elon Musk’s unlikely fascination with the coin, as well as a strong community that found a joke they thought was funny and did a HODL.

The Shiba Inu coin had a strong community of contrarians and leaders that found ways to keep things relevant by creating a “vibrant” meme ecosystem among other things.

Now, “having that special oomph” and some favorable circumstances (like a bunch of people bored in their homes during a pandemic who decided to become investors) is hardly the norm for cryptos and this is more just a good introductory example of what competitive advantages can look like in crypto.

Briefly, this looks at how much money the project has. While I could create a new stablecoin tomorrow, I couldn’t just back a billion coins with a dollar each.

Aave, for example, is an open-source liquidity protocol that has close to $20 billion in total value locked. The project allows users to supply liquidity, which in turn gets loaned out.

Also fitting into this group could be the swarms of gambling-related cryptos.

These consider how much content and network participation is available on the project for its users to peruse, interact with, purchase, or otherwise.

According to Bob Metcalfe, the value of a network is proportional to the square of the number of users. That means networks get exponentially more valuable as users join the network. To create a rival to Facebook, you need a ton of people to decide that your platform is better for some reason. But those people likely won’t be incentivized to try until some amount of their friends are already using the platform.

Consumer aside, you can add projects like Ethereum in here too. Ethereum has a ton of apps built on its chain, and while they can move chains when gas fees get too high (and have been), there are many that haven’t quite hit that hurdle yet.

Critical Mass of Network as Related to Security

This one could almost get grouped with the two above, but it seemed technically just different enough that it likely better fits in its own group.

As a blockchain gets more miners, stakers, or any other kind of validator, the network gets more secure. One of the great things about a Proof of Work or Proof of Stake model is that you need to hack 51% of nodes on the network to be able to falsify transactions.

Now, that doesn’t make it impenetrable, just ask Beanstalk who had someone get a flash loan for millions of dollars to acquire 67% of the project to attain a supermajority stake. The user then used their voting power to transfer $182 million to their own wallet.

While there is a correlation between the amount a network is used and how many miners/stakers it has, each project’s tokenomics dictates how much reward is given from the transfer fee. This means some projects that have strong miner/staker rewards could have outsized security compared to other projects.

I think it is important to add transaction time to this section. We care that our transactions are made as quickly and safely as possible, but tend to care a bit more about the security side. But there reaches a point where people say “I feel safe enough”.

Successfully hitting either Bitcoin or Ethereum with a 51% attack would be insanely difficult and personally, I feel safe sending on either, despite one having many more miners than the other. The Bitcoin/Ethereum example dies here, as Ethereum has fewer miners and faster transactions, but, if Ethereum didn’t benefit from coming out a bit later and having code that was updated to improve on things like transaction speed, then Bitcoin’s consensus method would outpace Ethereum’s.

This one is brief, for now. A currency is something that is generally accepted at its face value. Right now, probably just Bitcoin, Ethereum, and some stable coins are the only ones benefiting from this unforkable utility.

With Bitcoin being the only crypto that is legal tender in a (single) country in the world, and BTC and ETH being sent on things like CashApp, asset acceptance is a hard-to-attain, but very crucial step for projects looking to go the distance.

For markets to work, there has to be a buyer on the other side of a sale. Asset liquidity looks at how much this coin is traded. Is it just a few small whales that hold a lot and trade amongst themselves or is there a diverse range of crypto investors interested in trading the coin?

From firsthand experience, waiting for your ETH and BTC to transfer for tens of minutes is annoying. But I knew I had a buyer on the other end and was happy about that. If I was waiting for a buyer while the price was fluctuating wildly… I’d have been a whole different kind of perturbed.

Not listed in the six unforkable utilities, but that probably should be, is leadership.

A good leader can be the difference between a DAO struggling to pass important improvements in a timely manner and not.

Further, many founders maintain anonymity after creating a coin. This can be a red flag in cryptos as people don’t tend to scam you while donning their government name.

I joked earlier about Elon Musk’s adulation of Dogecoin, which is certainly unforkable. However, the difference between an exceedingly wealthy outsider tweeting “Doge to the Moon” several times a day and a well-respected industry leader, such as Ethereum-founder Vitalik Buterin, is an important distinction to understand.

The industry leader will (or has to) step up when the bad headlines roll in by making the hard, and sometimes controversial, decisions - such as raising support to fork the network so people can get back stolen funds (which is how Ethereum Classic came to be).