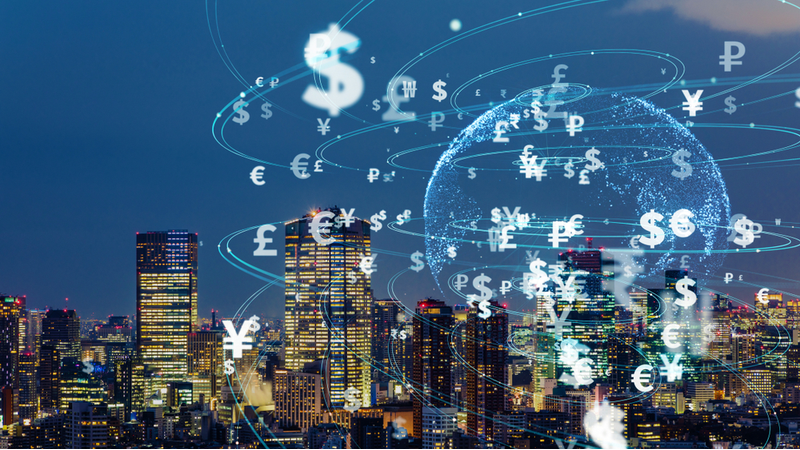 The United States's growing national debt is a large concern for many individuals who are worried about the future of the economy and nation as a whole.

At least not according to Modern Monetary Theory (MMT). MMT speculates that nations that control their own currency, often referred to as a fiat currency, should print as much money as needed with minimal concern.

The basis of Modern Monetary Theory is the idea that governments create money by spending it. This means, among other things, that a government can only go bankrupt if politicians decide to default on debts.

There are a couple of interesting implications from this.

The first is that deficits don’t matter. If you can just print the money you need, then the difference between what the government spends and the taxes it collects isn’t particularly important.

The second, which is an extension of the first, is that a country’s debt doesn’t matter. The national debt is just the total of all the yearly deficits. So if one year’s deficit isn’t relevant, why would they all be relevant when you add them together?

Traditional economists’ main concern with both excessive debt and outsized money printing is that it will cause higher inflation.

MMT proposes that larger debts are of no concern for bigger nations such as the United States. The roughly $20 trillion U.S. debt has not led to any serious negative economic effects of note thus far. The United States has the largest, most prosperous economy in the world and investors around the world are willing to hold dollars and buy bonds at near-zero interest rates, which suggests investors around the world don’t see much danger in the dollar losing value.

Modern Monetary Theory also suggests that governments do not need to sell bonds as that is simply money that can be printed instead. Governments could sell bonds to drain any excess reserves and hit target interest rates but their existence would be a policy choice and not a component of government funding. MMT economists believe bonds and cash have largely the same effect on inflation with bonds simply having a staggered and delayed effect.

The government recently sent $1,200 checks to nearly every American as part of the COVID-19 rescue package. Economists and policymakers can debate whether it was the most effective means to stimulate the economy but running a bigger deficit when faced with a global pandemic that shuts down most of the economy is the correct response under nearly every theory of economics.

MMT proponents would say that this spending is helping to stimulate the economy by increasing the number of dollars in circulation.

Traditional economics says that increasing the number of dollars would lead to inflation, but MMT suggests that the limit on how money should be put into the economy is the availability of real resources. If the government continues to put money into the economy with limited resources available, then inflation will likely occur as it becomes unbalanced.

One of the biggest criticisms of MMT is that it cannot be applied to every country and in fact offers very little guidance for struggling nations that cannot build up a larger monetary bases or debt levels without affecting the stability of the currency. It also seemingly ignores some of the political complications that exist in almost any country.

However, that does not take away from the fact that it very well could provide key insight for countries like the United States and other prosperous nations. Yes, political complications will change the effectiveness of MMT but that is true for any monetary system and policy measures can be used to counteract potential negative effects and refine the system further.

Additionally, many view MMT theorists as naive and ignorant of the long term effects building a large debt can have on a country. MMT proponents believe these people are still thinking in terms of a gold standard  or other hard money as opposed to a system where countries are a monopoly issuer of the currency.

Go to a few finance-focused websites with comment sections and you are bound to see people complaining about how the Fed seems to endlessly print money while the government increases the deficit. It’s perceived as market manipulation that is propping up the economy in the short term with disastrous long-term consequences. People have been saying this for years and while there are definitely criticisms of this recent trend, especially when it comes to increasing economic inequality, the catastrophe has yet to materialize.