Which Thanksgiving Foods Are Seeing the Biggest Price Surges? 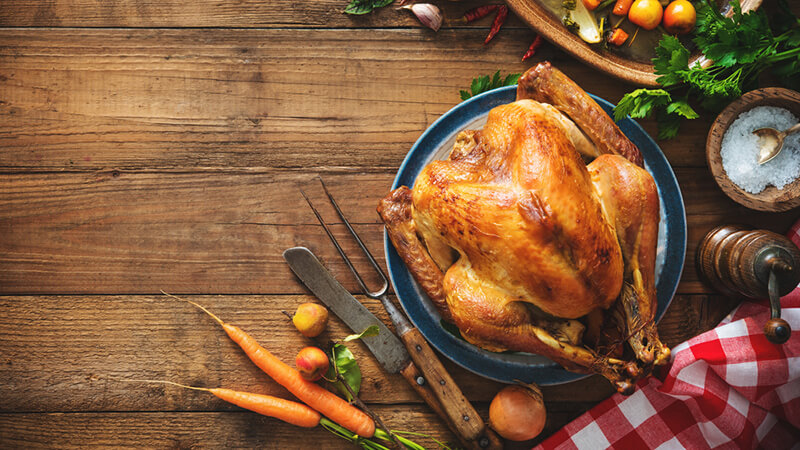 The number on the scale isn't the only number rising with next week's Thanksgiving feast.

Consumers are used to it at this point but that grocery bill for Thursday’s feast is going to be a lot higher this year compared to last. Less for more, the 2022 motto.

Well, it's not all that bad, we do still get to enjoy stuffing our face with turkey, gravy, potatoes, and stuffing all in one bite. It's just going to cost more this time around. But let’s study just how much a Thanksgiving feast is going to cost in 2022 compared to 2021 to get a view on how much prices have changed in this inflation-filled year.

Everyone has their favorite Thanksgiving day dishes but the apple pie and casserole are built off the foundation of the meal, turkey and taters. Luckily for Americans turkey is a relatively inexpensive meat with the average turkey costing $1.15 a pound in 2021 according to the United States Department of Agriculture. However, turkey has skyrocketed to a $1.99 average this year.

Okay 84 cents might not sound crazy but that’s per pound and represents a 73% jump in just a year. Aside from macroeconomic factors pushing prices higher, turkey prices have jumped in large part to a bird flu outbreak with farmers reporting a large number of cases since the end of summer.

Potatoes have risen in price far less than turkey but have still jumped significantly with prices 10.32% higher in 2022 than 2021 according to the U.S. Bureau of Labor Statistics. Meanwhile, the overall annual inflation rate is 7.7% as of October 2022.

Not looking good for the bill yet with the main course rising 73% and 10% this past year but maybe the side dishes will fare better.

Stuffing, gravy, green beans, corn, and dinner rolls are some of America’s favorite dishes to enjoy with turkey and potatoes on Thanksgiving. Stuffing and gravy are a little harder to calculate price changes for so let's start with the others.

For dinner rolls we’ll use white bread data cause no one’s trying to be healthy with multigrain bread this holiday. The Consumer Price Index shows that white bread prices have risen 9.72% this year with an average price of $1.81 per pound. A relatively similar change to potato prices. Meanwhile, corn prices have risen significantly more with a 15.39% jump in the past year while green bean prices have risen 24.68% during that time.

Stuffing is a combination of various ingredients but for those who plan on buying stuffing mix from a grocery store this year, you can expect to pay $3.88 for a 14 ounce bag. 69% higher than last year. Gravy prices aren’t easily tracked but it's essentially made from meat juices, flour, and butter/milk so in an extremely unscientific calculation the average price rises for those three main sources (turkey, wheat, and milk) comes to 29.58%.

Wrapping It Up With Dessert

All in all, the average Thanksgiving dinner price has risen 20.15% according to the American Farm Bureau’s annual Thanksgiving dinner survey but the yearly change can be much higher depending on what is being served. Either way, the bill and scale are both surging this year.