What Next for Covid-19 Vaccine Stocks Pfizer (PFE) and Moderna (MRNA)? 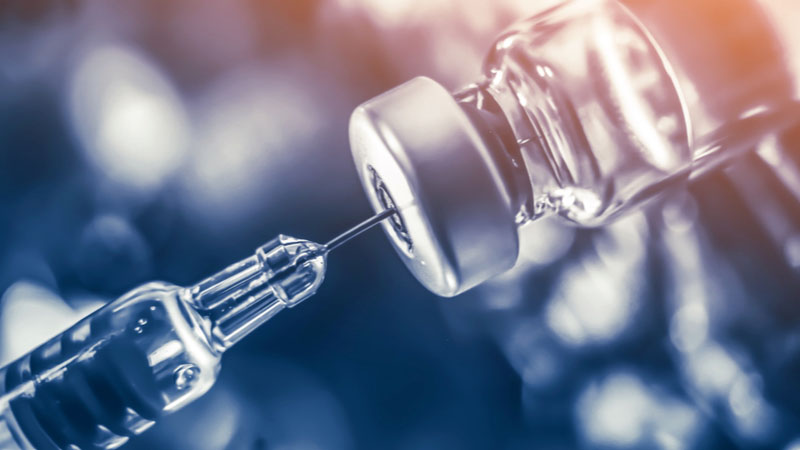 The Covid-19 pandemic disrupted dozens of industries and led to an economic crisis that saw the travel, leisure, and hospitality industries decimated. Hundreds of thousands of workers were left unemployed, and many executives took pay cuts to ensure that workers could stay on payrolls.

However, while the majority of companies attempted to avoid disaster in the first half of 2020, certain drug manufacturers in the healthcare space recognized that Covid was a golden opportunity.

Among these firms were Pfizer (PFE) and Moderna (MRNA), undoubtedly the two biggest "winners" of the pandemic, who saw their profits skyrocket as a result of government contracts to supply mRNA vaccines.

As of March 1, 2020, Moderna had yet to bring a commercial product to market or make a half-year profit, and the stock's share price hovered around $29.

That all changed in late 2020, when Moderna signed contracts with the U.S. to supply mRNA vaccines, an endeavor that would be accomplished with the assistance and funding of the government.

Moderna also signed $20 billion worth of vaccine contracts for the second half of the year, which included 17 million doses for the UK, 460 million for the EU, and 500 million for the U.S. Overall, the company produced around 1 billion jabs in 2021.

The company's vaccine sales are still going strong in 2022. Moderna recently reported $4.7 billion in second-quarter sales, a 9% increase over the same period last year, despite taking a nearly half-billion-dollar hit for write-downs on expiring vaccine doses.

Nearly all of the company's revenue came from sales of its Spikevax vaccine targeting Covid-19, its only product on the market.

Unlike Moderna, Pfizer had an established reputation at the start of the pandemic and a diverse pipeline that included oncology and cardiac drugs.

However, the company's sales of its Covid-19 vaccine, Comirnaty, far surpassed those for any of its other products. In 2021, Pfizer recorded sales of $11.3 billion in the first half of the year and $26 billion in the second half - leading to a whopping total of $37 billion.

Along with its partner, German drug manufacturer BioNTech, Pfizer agreed to supply up to 1.8billion doses to the EU from December up to 2023, in addition to the 600 million doses ordered at the beginning of 2021.

So far, the U.S. government has ordered 700 million shots for Americans, as well as 500 million for donations to low-income countries.

Pfizer and BioNTech produced around 3 billion jabs in 2021, and are on track to produce a similar number for this year.

Pfizer's vaccine sales have not waned as many analysts predicted. The company recently announced earnings of $27.7 billion in revenue for the second quarter, a 47% increase over the same period last year.

Pfizer’s Covid vaccine brought in $8.8 billion in revenue for the quarter, while sales of Paxlovid totaled $8.1 billion. The company expects Comirnaty to bring in $32 billion for the whole of 2022, and is still expecting $22 billion for Paxlovid.

Currently, Pfizer's share price sits at $48, up nearly 18 points from the start of the pandemic.

Moderna and Pfizer have also recently signed new contracts with the U.S. and other Western countries.

In early August, Moderna reached a deal to sell an updated version of its Covid-19 vaccine to the federal government, at a lower price per dose than what the U.S. agreed to pay Pfizer late last month.

The purchase is in addition to the 105 million bivalent COVID-19 vaccine booster doses the U.S. government purchased in late June from Pfizer.

Canada also announced yesterday that it had signed an agreement with Moderna to purchase 12 million doses of the company's bivalent vaccine.

Moderna and Pfizer's new government contracts were signed in the shadow of an FDA  recommendation that vaccine manufacturers update their existing COVID-19 vaccines to create a bivalent booster that can target both the BA.4 and BA.5 Omicron subvariants.

A bivalent vaccine elicits an immune response against two different antigens. This can means two different viruses, or two variations of one virus.

Pfizer is creating a bivalent vaccine that will target both the original type of COVID-19 and the BA.1 subvariant of Omicron, while Moderna’s bivalent vaccine candidate is designed to target newer Omicron subvariants,   BA.4 and BA.5.

Despite the continued revenue growth of Pfizer and Moderna's vaccine programs, there are signs that the record returns will not last forever.

Many analysts believe that vaccine revenue is set to peak from a sales standpoint this year, and some have predicted that Pfizer's top line will fall by 20.7% in 2023.

Already, there are increasing signals that demand for the vaccines is waning around the world. Pfizer and Moderna's push to market their vaccines to young children has largely failed.

One study conducted by the Kaiser Family Foundation at the end of July found that more than 40% of parents nationwide with children ages 6 months to 4 years will "definitely not" get them vaccinated against COVID-19.

And in May at the World Economic Forum, Moderna CEO Stephen Bancel said that his company was forced to throw away 30 million vaccines because "nobody wants them" and "they have a big demand problem."

It was also revealed in May that health officials from European Union member states including Poland, Slovakia, Romania, Bulgaria, Luxembourg, Finland, the Netherlands, and the three Baltic nations met to amend contracts with Pfizer due to vaccine oversupply.

After years of financing Covid-19 treatments, the Biden Administration has finally announced plans to stop paying for Covid vaccines, a move that would shift the financial burden to consumers.

As part of the transition, the Department of Health and Human Services announced it would hold a meeting on August 30 with major pharmaceutical companies, including vaccine makers Pfizer, BioNTech, Johnson & Johnson (JNJ) Novavax (NVAX), Gilead Sciences (GILD) and Merck (MRK).

While Pfizer and Moderna have not determined commercialization details such as price of doses and insurance coverage, they remain  the only companies that have regulatory approval to go commercial.

Both companies also confirmed that they are only planning to transition after they have fulfilled their new contracts with respective government entities.

Speaking on the upcoming shift, Arpa Garay, chief commercial officer, stated, "The commercial organization has already engaged with commercial payers and the channel, both channel distributors as well as key pharmacies, in anticipation of this shift."

Internationally, we expect public health authorities to remain key purchasers of vaccines but we are also identifying markets where there may be a private commercial market as well."