What is Crypto Mining and Why is it Necessary? 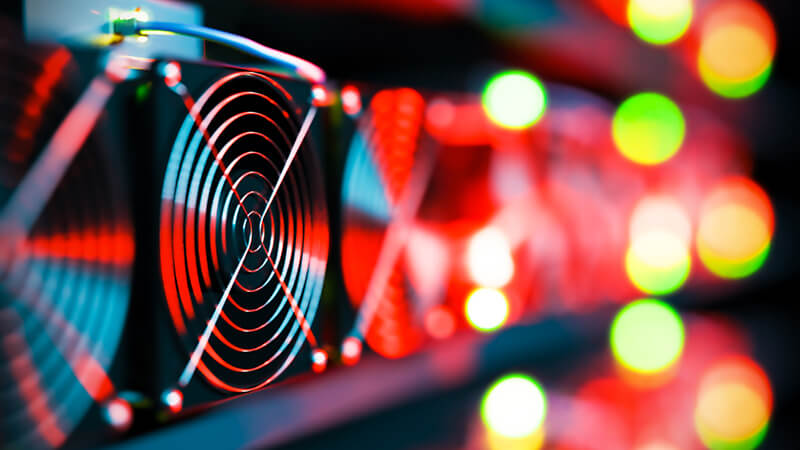 Cryptocurrency mining is the process by which new coins are entered into circulation.

Bitcoin and Ethereum are by far the most mainstream cryptocurrencies to use this process. While it does "create" new coins, the real purpose is to confirm new transactions on the network.

Coins can be mined through various systems such as Proof of Work (PoW) and Proof of Stake (PoS). Meanwhile tokens, barring a few outliers, cannot be mined.

How are Coins Mined?

The most commonly used mode employed by both Bitcoin and Ethereum, Proof of Work, has miners use advanced hardware to solve complex math problems. These problems are so difficult that it is more efficient for computers to guess random answers than make any attempt to solve it. In a PoW model, the first computer to find the solution receives the next block of coins and then a new problem is generated in order to start the process again.

This popular model gives currencies an even distribution for new coins awarded to miners on a per computer/node basis. However, it promotes increasing power use, with large environmental costs, as miners with higher computing power can receive more coins as computers guess at a higher rate.

This environmental cost and need for ever more powerful computers is what has led to other models rising in popularity such as Proof of Stake. PoS has investors stake their crypto in order to approve transactions and earn possible rewards. There is minimal to no computer equipment required in this model. Whether it's PoW, PoS, or some other hybrid model, the fundamental mining process remains the same in that it functions as a method for new coins to enter into circulation while also helping to keep transactions moving.

Why is Mining Necessary?

One of the greatest aspects mining provides for cryptos is an extremely high level of security. For PoW models, when a transaction is initiated the node which discovers the answer verifies the answer with every other node on the blockchain. Meaning that any computer or device used for mining verifies every new transaction that occurs on the ecosystem.

Both methods provide a significant cost to miners looking to receive new blocks of coins. PoW in hardware and energy costs while PoS in forcing investors to “stake” their coins in order to receive new ones. The process makes mining only periodically rewarding and not some a get-rich-quick plan.

Is Mining Worth It?

These costs along with the miner’s hash rate (in PoW models) and coin price determines the profitability of mining. The hash rate is the speed of the device used to develop the unit of cryptocurrency and determines how fast a miner can solve the problem in PoW models. New coins are going to be mined at a lower rate when prices fall as the profitability suffers and miners will not operate if the costs outweigh the returns.

Without these costs and algorithms to determine the circulation and supply of the currency, the entire model ceases to function and the coin becomes worthless.

Side note, for those considering whether it's a good idea to start mining, desktops and laptops can no longer be used for Proof-of-Work mining as the CPU and GPU are too slow and it would take many years to mine one bitcoin. Investors would need a dedicated miner or join a mining pool to reap the rewards that are only periodically worth the high costs.