What is Behind America's Credit Card Debt Crisis? 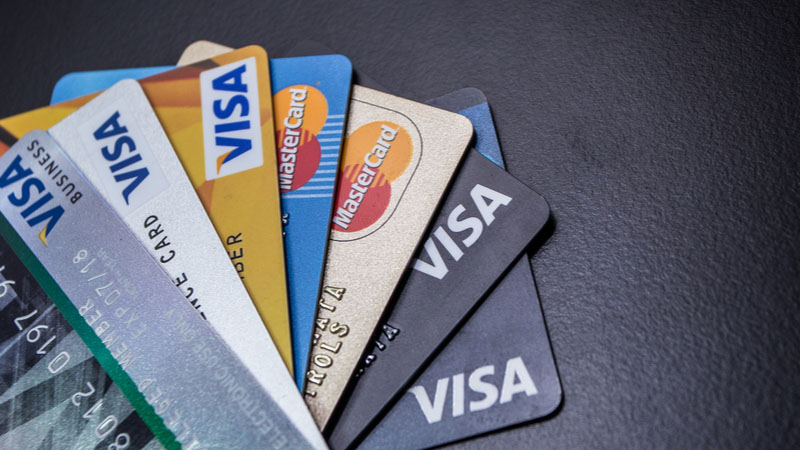 Any hopes that the U.S. economy was picking up steam were dashed in September after a series of negative financial figures strengthened the view that the country is headed toward a recession.

The first troubling metrics were released on September 13, when inflation was revealed to have jumped 8.3% in August. The figure was 0.1% higher than inflationary growth in July - catching many analysts who expected a slight decline off guard.

Partially as a result of the higher inflation data, the Federal Reserve announced it would raise interest rates by 75 basis points on Wednesday, bringing the new benchmark federal-funds rate to a range between 3% and 3.25%, the highest since 2008.

To make matters worse, the Federal Reserve released a new report at the end of the week projecting that the unemployment rate, which had previously been hailed as the lone bright spot in the economy, would rise to 4.4% in 2023.

Even major retailers are feeling the downturn. Best Buy (BBY) recently released dismal earnings for the second quarter, while Walmart (WMT) slashed its full-year revenue forecast due to inflation and an inventory glut.

Not all businesses are feeling the pain of the inflationary environment. Mastercard (MA) and Visa (V), two of the largest credit card companies in the world, reported record earnings in their latest quarterly reports. Visa saw net revenues jump 19% for the third quarter of 2022, while Mastercard saw revenue for the same period rise 21%.

Although the two credit giants pointed to an increase in leisure and consumer spending stemming from the end of Covid restrictions, some analysts have attributed the strong results to the difficult economic situation and rising prices.

This has led to a debt cycle that has left many Americans reliant on their credit cards to pay for everyday expenses.

Virj added that the high prices have, “prompted more consumers to use credit cards to make ends meet."

A recent survey from CreditCards.com highlighted the extent of America's credit problem. According to the poll, which was conducted between August 24 to 26 among 2,419 U.S. adults, 60% of Americans have been carrying monthly credit card debt for at least 12 months – a 10% increase from 2021.

And in a different survey from the Federal Reserve Bank of New York, Americans' total credit card debt was found to be around $887 million as of June 2022, a 13% increase from the same time last year.

This means that, based on the survey results, a whopping 14 million (6%) Americans have over $10,000 of credit card debt.

Surging interest rates are a major reason Americans' credit card situation is so dire. Interest rates have been rising since March of 2022, when Fed officials first realized the need to take action against the nation's rampant inflation.

Although officials only raise the the federal funds rate in a classic rate hike scenario, banks are affected because their borrowing rate also increases - leading to a domino effect as the final fee is passed onto the consumer.

This rise in rates particularly affects those with credit cards, as the APRs of cards increase with each successive rate hike. This means that consumers have to pay credit card companies higher interest on their card balances.

Premiums can also be added depending on an applicant's creditworthiness and institutional factors, culminating in a final credit card annual percentage rate for each cardholder.

Currently, the average interest rate for a new credit card is between 18% and 25%. Even consumers with excellent credit scores are being forced to pay at least 18% on their new cards, a significant sum that can make paying off balances difficult.

To put this in perspective, a credit card holder making the minimum payment (2%) on their card balance of $5,525 (the national average) would need just over 58 years to pay off their debt. In the end, they would accrue $24,750 in interest.

Americans are also using credit cards to splurge on travel and leisure activities, two items that many people had cut back on during the lockdowns of 2020 and 2021.

Alfred F. Kelly, Jr., Chairman and CEO of Visa, recently added credence to this view during the company's earnings call. Kelly commented, "Consumers are back on the road, visiting various corners of the world, resulting in cross-border travel volume surpassing 2019 levels for the first time since the pandemic began in early 2020."

Additionally, stats reveal that Americans opened an additional 233 million new credit card accounts during the second quarter of 2022, a figure not seen since 2008, the year of the Great Recession.

Despite the travel surge, there's no question that millions of Americans are taking on credit card debt to meet the rising cost of everyday items such as groceries, gas, and other essential items.

24% of those who carry credit card debt said their balances were incurred for day-to-day expenses such as groceries, childcare, and utilities, according to CreditCards.com.

An often overlooked reason for credit card debt is emergency expenses, which many cardholders do not factor into their financial planning.

Almost half of credit cardholders who carry debt from month to month (46%) stated that having to cover emergencies and unexpected expenses is the primary reason for their credit card debt.

When expanding the scope to include all those with credit card debt, 11% said their debt came from emergency or unexpected medical bills, while home repairs (10%) and car repairs (10%) also received notable mention. 16% of respondents listed another type of emergency as the reason for their debt.