What Does the Future Look Like for Self-Driving Car Stocks? 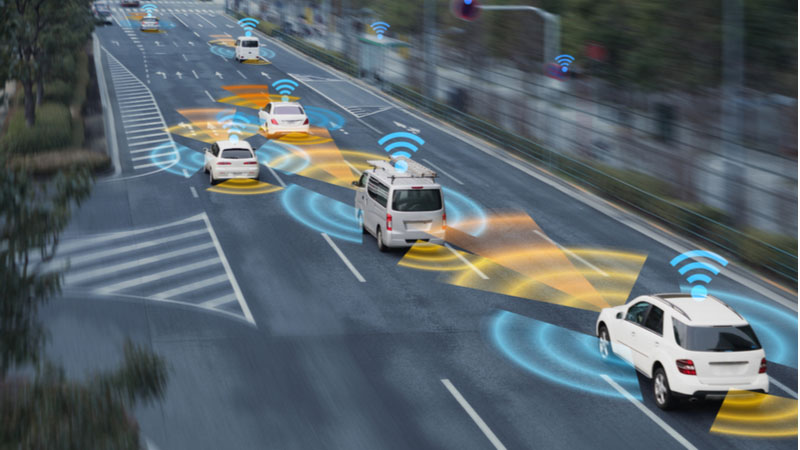 When anyone discusses self-driving or "autopilot" car technology, the conversation tends to center around Tesla (TSLA) and not much else.

Tesla certainly has earned its reputation for breaking new ground in a previously stuck in its ways industry. Traditional automakers have been selling products that burn gasoline while you turn a wheel to make it go in the right direction for more than a hundred years and the recent push for electric vehicles and self-driving cars owes a lot to Elon Musk's plucky startup.

However, the rest of the industry has caught on and sees that consumer preferences are changing as people look for more environmentally friendly options along with technology that allows them to let the car do the driving. Tesla may be ahead of the game for now but the rest of the pack is catching up fast and will be able to offer some advantages Tesla cannot.

Where is Everyone Else?

General Motors (GM) has been quick to jump into the the EV game and recently gave an update on its Cruise LLC autonomous vehicle unit. Cruise essentially is a self-driving company that will act in a manner similar to Uber but without the driver. The car will pick customers up and drop them off at desired locations without the need for a driver. The result should be a lower cost basis for the company as there is obviously no need to pay a driver. Thus, Cruise will have a competitive advantage as it will have lower costs as it expands and many customers desire a driverless option.

GM expects the business to reach $50 billion in revenue in just the next couple years as the company expects to charge for rides as soon as next year. Additionally, Cruise could expand in 2023 depending on regulations in California.

Investors responded very positively to the news and GM stock jumped after the report.

General Motors anticipates the push towards electric vehicles and self-driving software to help it double revenue by 2030.

GM is far from the only company developing self-driving technology. Qualcomm (QCOM) recently acquired auto-tech firm Veoneer (VNE) for $4.5 billion. Qualcomm is looking to expand to its revenue streams beyond just its cellphone chips and the automotive industry is now its primary target. It’s hard to imagine a weird technology-automotive firm really taking over the vehicle industry though… oh wait. Qualcomm is more likely to be a supplier to multiple automakers than to try to produce it's own cars, but given the pace of mergers and acquisitions and money flowing into the space, it isn't 100% out of the question.

What Do They Bring?

What all these larger firms really bring to the table is economies of scale far beyond where Tesla is right now. Qualcomm doesn’t have a track record as a major supplier to automakers, but is by no means a small company, and if it can supply Apple, Google and Samsung with chips, Ford (F) and GM shouldn't be too much of a problem.

While Tesla has certainly become a giant in its own right, it still does not have anywhere near the production that the biggest automotive manufacturers have. Traders have pushed TSLA to be a top 10 stock by market capitalization but its actual revenue is tiny in comparison ($11.96 billion compared to GM’s $34.17 billion last quarter). Those numbers are only more extreme when comparing sales in the second quarter as Tesla delivered 201,250 vehicles compared to General Motors 688,236.

The reality is that if the biggest companies in the world can start producing electric or gasoline vehicles with similar technology to Tesla, the average consumer will probably lean towards the GMs, Fords, Toyotas, and others of the world. Not because the hype train around Elon Musk and his visionary ideas dies, but simply because those firms can produce vehicles at a lower cost and therefore sell the final product to the consumer at a lower price.

Tesla will certainly have its place in the industry as it has its cult-like following and it brings its own degree of craftsmanship to its vehicles. However, it's unlikely that ten years down the line, Tesla vehicles will outnumber any of the old school big names on the road.