What do Rising Interest Rates Mean for the Stock Market? 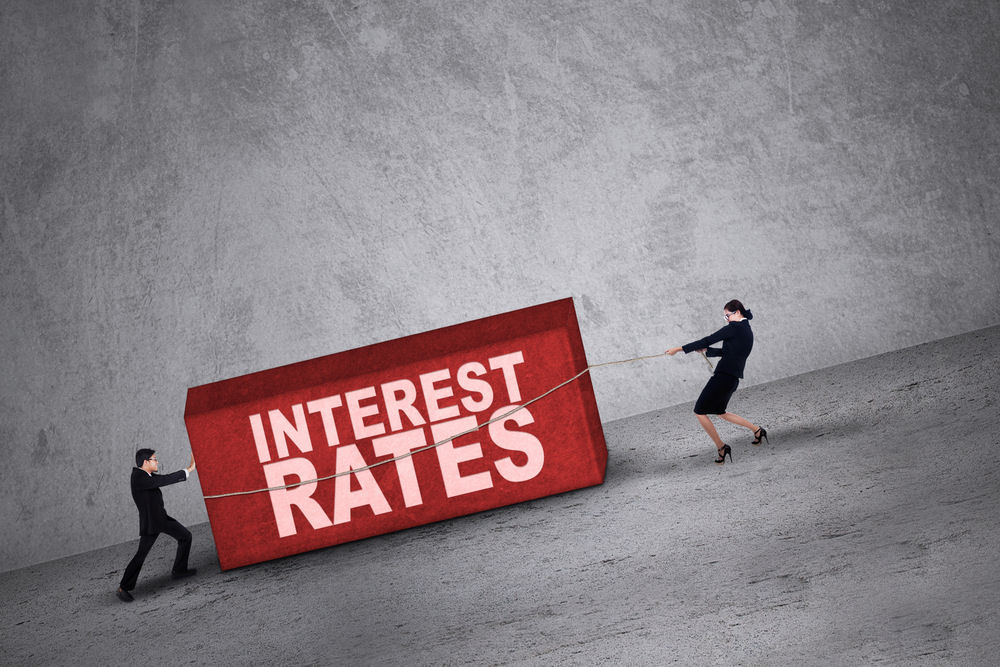 When inflation first ramped up in the wake of the massive government spending programs meant to offset the Covid-19 lockdowns, many analysts wondered how much the Federal Reserve would eventually have to raise interest rates to slow down rising prices. However, when the inflation rate first jumped above the 5% level in May 2021, Fed officials indicated they though inflation was transitory and made no sudden move to raise rates.

Since that time, it has become all too clear that inflation is here to stay, at least for a while. Jerome Powell, the Chairman of the Federal Reserve now believes it will be worse than initially expected. Yet in spite of the inflationary challenges the Fed is facing, Powell has continually painted a rosier picture of inflation than many analysts.

On May 4, Powell caused the stock market to skyrocket by saying the central bank wasn't considering raising interest rates by 75 basis points at a time. The Fed would probably raise rates by 50 basis points a couple of more times, Powell commented, before dropping the hikes down to 25 basis points when inflationary pressures showed signs of deteriorating, likely around September. Powell's comments caused the Dow Jones Industrial Average to soar 923 points, the S&P 500 to gain nearly three percent, and the Nasdaq Composite to rise 3.19 percent.

Although the market come back to Earth the next day - with investors suddenly remembering the Russia/Ukraine crisis, China's lockdowns, and shortages of commodities - the massive spike after Powell's comments raises the question - why is the stock market so affected by the Fed's interest rate policy?

What Does it Mean to Raise Rates?

The concept of raising interest rates has been in place as long as the United States has had a central bank, and it is one of the chief ways that the Federal Reserve can control the economy.

The Federal Reserve, also known simply as "the Fed," has the power to change the benchmark rate for which all major loans, bonds, and savings accounts are based. This number, also known as the federal funds rate, is the interest rate banks charge when they lend money to each other.

When the Fed raises rates, it immediately elevates short-term borrowing costs for financial institutions, causing banks to raise their rates in turn. This creates a ripple effect across the entire economy as individuals and business must now pay more to borrow money.

The chief reason the Fed raises rates is to control inflation. When prices for goods are rising too fast, the Federal Reserve attempts to reduce the supply of money in circulation. This makes money more expensive to obtain and increases the value of dollars already in the economy.

The Fed might also raise rates if it feels the economy, or the stock market, is growing too fast. Higher rates mean that mortgages, car loans, and business loans become more expensive, slowing down cash flows.

In the stock market, higher rates can incentivize investors to sell assets and to take profits, especially in periods that have been characterized by bull markets and double-digit returns.

The Effect on the Stock Market

As already stated, raising interest rates means that consumers must pay more to make payments on their debt, such as credit card and mortgage payments.

It also means that businesses pay more. Higher borrowing costs increase what is known as the Hurdle Rate on new investment, which slows business spending.

This means that individuals and companies have less money in their pocket, and consequently less capital to reinvest into the stock market.

The same effect shows up in financial investments. A traditional discounted cash-flow model includes an interest rate, since investors are trying to place a value today on money they will receive in the future. Higher interest rates make those future dollars less valuable the further out in the future they are.

This means investors may chose to put their money somewhere else, and valuation multiples tend to fall when rates rise. It's important to keep in mind that not all companies are affected equally by higher interest rates.

Traditionally, the energy sector has been known as one of the best safe havens for rising interest rates. These companies tend to perform well when the economy is doing well, which is also typically when rates rise. However, new offerings in green and alternative energy stocks has seen the industry change in recent years, meaning it may be more susceptible to higher rates than in the past.

Financial stocks have also been seen as a safe bet in periods of higher interest rates due the ability of these companies to adjust their own money-lending rates in tandem with the Federal Reserve. Additionally, for banks, insurance companies, asset managers, and any other institution that lends money, higher rates often means higher margins.

Tech is widely regarded as one of the worst performing sectors in a period of higher rates. This is because many of these companies' products are seen as unproven, and are consequently viewed as unstable. This is particularly true of startups and growth stocks, who may have a potentially revolutionary product, but the promise of earnings for shareholders is further out in the future.

Although a general analysis of the effect of higher interest rates on the stock market would lead to a negative conclusion, the truth is that examining the historical data shows a different story. History is filled with examples of the market actually rising over the long-term in years that are filled with rate hikes.

When analyzing the five most-recent rate hike cycles, a team from Dow Jones found that the three leading stock market indices only declined during one rate hike cycle.

When factored together, the researchers found the following results:

Short-term results for the stock market after rate hikes have been inconclusive.

While the results are more mixed for the short-term, its important to keep in mind that rising rates may have a psychological impact on many investors who falsely believe they must pull their capital out of the market. Investors should be wary of this practice, and instead focus on picking sectors that have been known to perform well in periods of higher rates.