What Are DAOs and Do They Solve Anything? 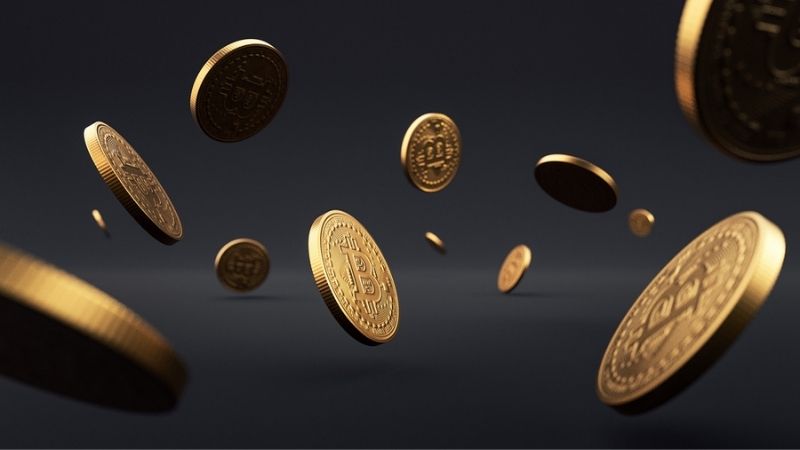 In the world of cryptocurrency, there is a lot of two things: hype and fluff.

Some things get hyped to hell by crypto diehards, as NFTs, meme currencies, and other faddish investments get driven to exorbitantly high valuations on sentiment alone.

Meanwhile, fluff - or exaggerations - confuse the public into thinking that cryptos are some coded vigilante that protects you from the woes of life, such as taxes, censorship, or decreased anonymity. The frauds live here, taking advantage of a lack of understanding that gets perpetuated.

Which brings us to the subject of this article - DAOs or Decentralized Autonomous Organizations.

We won’t get into the weeds on some of the failures here, but you can read here about how ‘The DAO’ (which was the original DAO) caused the famous fork that created Ethereum and Ethereum classic. Or you can read about ConstituationDAO which raised nearly $50 million dollars only to unsuccessfully bid for an original copy of the United States Constitution.

So What is a DAO?

A DAO is a rather radical kind of institution that aims to remove a centralized management team from the equation that could allow the entity to make decisions from the bottom-up. “Could” would be the magical keyword, of course.

DAOs operate on the blockchain and have a native coin, such as Uniswap’s “UNI” Protocol token. UNI gives investors the ability to influence the company at a more granular level as stakeholders can submit proposals and ideas for improvement. Under this structure, you don’t need connections or a ton of shares to have your voice heard, you just need an idea that gains traction and gets votes. They also participate in maintaining the security of the company’s blockchain since these coins typically are staked by investors.

So why would you want to be a part of a DAO?

The most important thing is the institution. If you think a regularly structured business couldn’t be successful doing what the DAO hopes to accomplish, then you should take that as an indicator that it should likely be avoided. Plain and simple.

In the case of ConstitutionDAO, the group wanted to buy one of the original copies of the Constitution and then have the community vote on how to profit from it. I can’t say this with 100% certainty, but I don’t think a bank would make a loan to a company whose plan was to buy a $40+ million dollar document with no direction nor do I think the Sharks of Shark Tank would want any piece of a business with no concrete strategy.

Ok, now let’s assume you found a DAO you can believe in. The next reason you’d want to invest is compound returns.

You can learn about staking more in-depth in our Proof of Stake vs Proof of Work article, but essentially, staking is an alternative to mining that allows users to stake their crypto in order to become a node on the blockchain that validates transactions. Providing security entitles you to a portion of the gas fees collected and similar to Bitcoin mining, it can be a profitable endeavor.

Now, say the staking scene looks good, so you should get a competitive rate of the protocol token. You already believed in the project, so demand for the service (which is what generates those staking rewards ) will hopefully see the value of the crypto rise. The next thing you want to look at is impact. How much can you have and how much do you want?

Remember when I said “could” was the magical keyword? Well, the group that creates the DAO keeps some portion of the coins. That portion gets staked and earns the foundersback a portion of the fees that it charges, which it uses to pay costs.

There is no definitive amount that the institution keeps. This means that some companies could hold 50.1%, essentially being a centralized, decentralized autonomous organization. In that case, your ability to have an impact on the company is severely limited by your ability to make a wave in that community and influence the small group that holds a majority stake.

That’s not necessarily a negative thing, maybe the founding team knows best. Personally, I think the kind of business that the DAO is in, will determine the amount of centralization that the DAO should opt for.

The more employees and other costs that it must pay for, the more centralization will be needed as it requires much more capital and thus needs a larger share of the profits to keep the entityrunning. So if these things pick up, avoid EV carmakers that promise to be just 10% centralized, cause those will certainly be scams and failures.

Henry Ford famously didn’t say, but got credited for saying, “If I had asked people what they wanted, they would have said faster horses.” While I definitely don’t love this quote being used to dismiss the need to listen to your consumers, I think it makes the point that nobody really knows what the future holds. Just read 1984 or this list of crazy things people thought would happen, including cars with flapping bird wings and domesticated whales that we use for travel…

DAOs can be a powerful tool for investors. They can allow them to earn more share in the spoils of some operation, while also improving the security and potentially impacting an company or other entity through proposals.

To wrap this up, I want to cautiously add some fluff to the acronym DAO. The structure, while unconventional, could provide a glimmer of hope to those that are legitimately concerned about the future.

With Tesla already making self-driving cars and unveiling far-out plans for humanoid robots, the demand for employment will shrink with each passing year. A common worry is that this could create a dystopic future where a ruling class will be the only one capable of earning income. Now that’s Hollywood story-telling fluff at its finest, right?

Eh, on a technical level. Yes, I’m sure the details aren’t quite gathered yet and it’s highly exaggerated.

But have you ever heard of the experimental AI “Ultron” that was pretty racist and OK with genocide?

Or about Facebook’s AI that created its own language for talking to another AI?

Or what about how AI could actually recommend resumes and cover letters to HR managers in a way that reinforces sexist, racist, or other discriminatory workplace cultures by picking word choices, formats, and other variables that tend to get used by one group or the other?

What a DAO does is it takes a business and automates everything that it can, but its security and utility rely on the stakers. Thus, one can be essential to the business, without really being needed for any day-to-day stuff.

I won’t say passive employment like this will replace work, as that is way too fluffy and sounds ridiculous, but if you bought things at Kohl’s with KSS stock instead of dollars, the constant demand for KSS stock from investors and consumers, coupled with the growing amount that is removed from circulation by stakers, DAOs could be better equipped to give back higher returns to their investors. But that relies on getting the tokenomics 100% right, which, given the fail-rate of cryptos, seems like a tough ask.

On the flip side, shrinking demand from consumers (which might be somewhat trackable or inferable by watching the blockchain’s activity) could make runs on DAOs even more severe if stakers start putting liquidity back in the market, meaning that the potential benefit comes with a pretty big potential risk. There can be lockup periods and stuff to try to prevent this, but you really don't know if they were able to prevent this until it never happens, which is to say, you'll never know.

Like everything else with crypto, it’s about as exciting as it is worrying, and we don’t really know what to expect from it in the future.