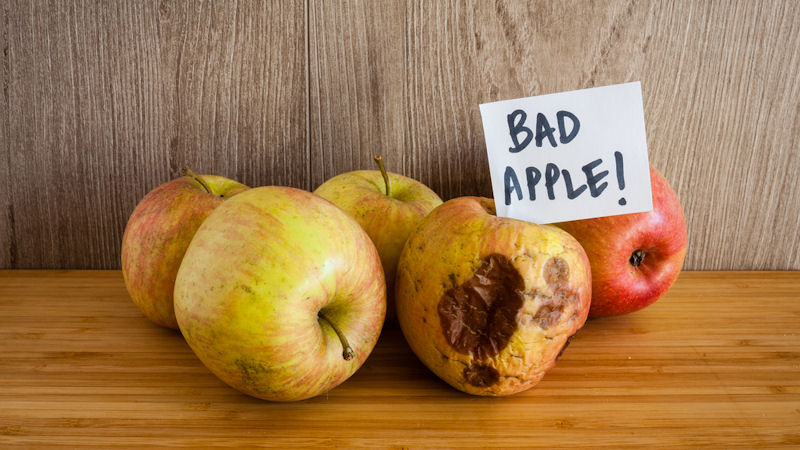 The hopes for two major corporations going at it for all the see were dashed, but the initial tweets remain and there is still plenty to discuss with regard to Apple’s app-store policies as well as how fast can Musk destroy Twitter.

Elon called out Apple’s 30% tax on app developers and rules about content moderation while also sharing a video made by Epic Games, the Fortnite Developer, calling out the App Store as a monopoly.

The hefty tax and rules about content are made possible by Apple having extreme power and market share but can hardly be called a monopoly when Google has its own Play Store on Android devices. Yes Apple has an app store monopoly on Apple-made products, but then McDonald’s has a hamburger monopoly in its McDonald's restaurants. The point is, Apple might not technically have a monopoly but it may have too much power allowing it to enforce unreasonable measures with customers (app developers) having no good alternatives.

The closest comparison would be with the cell phone and television service business which people have been calling an oligopoly for decades and competitors work with each other either directly, or indirectly to ensure they everyone prospers and they don’t undercut each other. After all, Alphabet (GOOG) also enforces a 30% commission on payments made for an app or in-app purchases. Epic Games even dealt with these similar commissions when it decided to leave its products off the video game digital distribution service, Steam, and create its own, Epic Games Store, to avoid paying the unreasonable commission/fee.

Well, Elon tweeted it pretty clearly but with a little fluff added as it's not really a secret tax. Apple charges a 30% fee on its developers who make more than $1 million through the App Store in a year. It's not a secret, nor is it a direct tax on the buyer but the cost is most assuredly passed on to buyers as developers factor that fee when pricing their products. Google implements its 30% fee in a slightly different way, but the end result is that any developer looking to have their application on a major app store will be paying 30% of any payments made either for the app, or in the app.

Due to the wording of the policy many developers have tried to find loopholes to avoid the fee such as streaming services only allowing subscription sign-ups and cancellations to be made on a browser instead of in-app. The entire Apple vs Fortnite fight that started two years ago began because Apple was taxing purchases made on the Fortnite store in-app which Epic found unreasonable.

It seems pretty reasonable for Apple to take a commission on purchases made on through the app store but the in-app purchases also being taxed is what is far more controversial. There is an understandable basis for Apple and Google enacting that policy as most apps and games are free to download but make their money from in-app purchases. However, a 30% tax on those payments seems excessive, to say the least, and if there were more than two major options for developers to use, then competition would likely drive that percentage far lower.

In the end, it's not the most shady practice by Apple and Google but the companies certainly aren’t rushing to help developers and lower their commissions when they can play nice with each other and reap the rewards.

Free speech is seemingly always trending in 2022 for a variety of complicated reasons and Elon critiquing what he calls Apple’s censorship on Twitter is hardly surprising considering he bought the social media platform to end what he called censorship by that company.

The two places Musk pointed out Apple’s censorship were a retweet from LBRY saying that Apple demanded it filter some search terms from being returned and that Apple threatened to pull Twitter from its app store.

Well Twitter being excluded from the App Store was never considered and that's according to Musk himself just a few days after the original tweet. Tim Cook made clear to Musk during their meeting on Wednesday. Meanwhile, not much can be gleaned from LBRY saying it was forced to filter some search terms as it is unknown currently what those terms were.

Sure, there can be an argument that nothing should be filtered but that can quickly devolve into the worst 4chan experience where very few people want to see certain comments and most would agree they should not be promoted. Free speech is massively important but blocking some content from being widely broadcast is sometimes necessary depending on the content.

It’s not necessary to give exact examples but there are reasons why the internet isn’t completely unregulated and there are also arguments for why it shouldn’t be too heavily regulated. There should be a balance where disturbing, harmful, and grotesque posts are left out while also still allowing for freedom of expression and discussion. The reality is that it's unknown exactly what Apple is alleged to have censored but depending on what that was, it could be completely justified.

All in all, it's really the people that lost in this massive two day feud as it would have been great to see two mega corporations take each other down for pure entertainment, and society would likely improve with less time spent on Twitter. Either way, Elon and Tim made up and are friendly again but that doesn’t resolve the interesting discussion around Apple and Google’s app store policies that were really kicked off two years ago and will likely become a topic again as developers deal with a large tax on all payments. Even the ones trying to avoid the 30% fee through loopholes will assuredly be complaining in the near future when Apple finds a way to get its money through their app being listed on the App Store.

*Maybe the second if you count the Cola Wars.