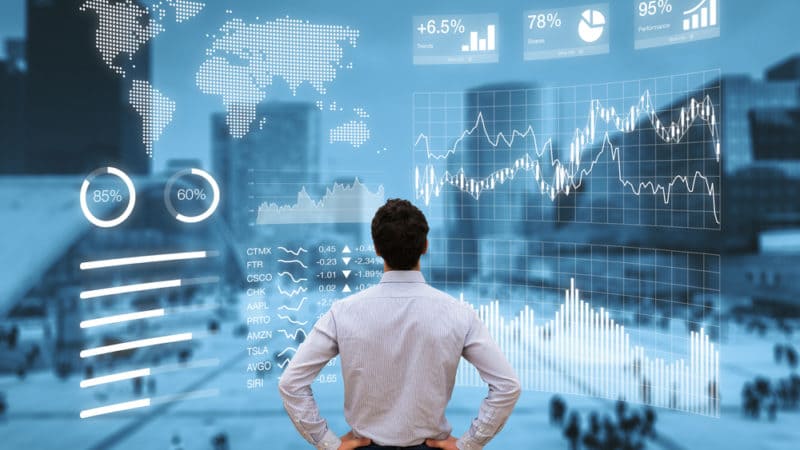 No technological trend has garnered more attention in the past year than the non-fungible token, an offshoot of the cryptocurrency movement that began with the creation of the first NFT on the Ethereum blockchain in 2014. Since that time, NFTs have soared in value, with celebrities, companies, and the general public now getting in on the act.

Although NFT prices have fallen in the early months of 2022, the technology has still been adopted by millions of users around the world and only looks to continue it rapid rise in the second half of the year.

Amazingly, overall NFT trading volume reached $11.7 billion in the fourth quarter of 2021, increasing tenfold over the course of the year. There were also a whopping 2.7 million unique active NFT wallets, a metric that closely describes total users, by the end of 2021.

What is an NFT?

Short for non-fungible token, an NFT is a digital asset that links ownership of any number of digital items, such as real estate, music, videos, or works of art.

NFTs differ from cryptocurrency, such as Bitcoin and Ethereum, which are “fungible” tokens that derive their value from their scarcity and supply limit. Bitcoin, for example, holds its value because its supply is fixed at 21 million coins, with each one being identical to the others.

In contrast, NFTs are not limited by supply constraints. They are bought and sold in online exchanges and vary in price and demand depending upon the unique characteristics of the digital piece they verify. Simply put, NFTs are certificates of authenticity or proof of ownership for digital items.

Below, we've listed some of the most popular NFT marketplaces in 2022 so that you can begin your journey towards buying and selling non fungible tokens.

The largest marketplace in terms of sales value, OpenSea is a household name in the crypto community and is usually the first stop for prospective NFT buyers. Because its free to create an account and has an easy-to-use interface, OpenSea is ideal for beginners just starting out in the NFT space. The site offers a number of categories including digital art, gaming items, collectibles, virtual worlds, and domain names.

OpenSea's size and massive user base has proved lucrative for the company - in January, 2.4 million NFTs were sold on the platform, reaching over $4.8 billion in sales.

Even though OpenSea has wide-ranging appeal for beginners, its sheer size can be intimidating for those who have never before purchased an NFT. Overall, there are more than 35 million NFTs for buyers to choose from and more than 700 different projects.

Signing Up on OpenSea

OpenSea's platform runs on the Ethereum blockchain, so you'll need an Ethereum wallet like Coinbase Wallet, Fortmatic, or Metamask to sign up. Keep in mind that tokens that run on a different blockchain such as Bitcoin are not compatible with the site. Because of its ease of use and its flexibility, MetaMask is by far the most popular wallet among users.

Additionally, If you're unfamiliar with gas fees, they're defined as the cost of validating transactions on the blockchain network. While many NFT platforms take gas fees upfront, OpenSea lets creators mint digital art without paying any fee. This is because on OpenSea, the NFT isn’t transferred onto the blockchain until the purchase is made.

What this means is that you can turn a digital file into an NFT for free and pay the gas fee after the deal is closed. OpenSea is also known for its low fees, and only takes a 2.5% cut after the NFT has been sold.

One of the most popular NFT exchanges in the world, Nifty Gateway was acquired by crypto exchange Gemini in 2019 and became prominent after it brokered the sale of digital artist Beeple's CROSSROAD piece for $6.6 million in February 2021. By May, the NFT platform had reached $300 million in gross merchandise value.

Nifty Gateway is known as a more exclusive marketplace than OpenSea and draws some of the top crypto artists such as Pak, Fewocius, and Dimitri Cherniak. Because of the quality of artists, the resale value of these NFTs is higher than other platforms, and creators receive a 10% royalty on every resale. While the site isn't clear about its gas fees, it does take a 5% cut on every sale in addition to a $0.30 transaction processing fee.

One of the main criticisms of Nifty Gateway is that the digital items collectors buy on the site aren't stored in their wallet, but are "hosted" by Nifty Gateway and Gemini itself. Essentially, the site's digital assets aren't stored on the blockchain, which leaves many buyers feeling that the process removes the flexibility and safety normally associated with buying NFTs.

Despite its centralized marketplace and perceived lack of safety, Nifty Gateway makes up for its  shortcomings through flexibility in payment options. The site allows sales and purchases to be made in fiat currency without having to convert cash to cryptocurrency first - making it easy for users to buy NFTs through a number of different credit cards.

The largest marketplace by user count, the Axie marketplace was exclusively created for buying and selling characters and accessories for the Axie Infinity blockchain game.

Because of its unique niche in catering only to Axie Infinity players, the exchange is extremely complicated and often proves too complex for new users. Nevertheless, for those who put in the time to learn the ins and outs of buying and breeding Axies, the experience can prove extremely lucrative. Experienced gamers have been known to earn thousands of dollars a month playing the game, which is a blockchain-based world where users can create and breed pets and compete with other players to earn rewards. Investors should be aware of a hack that recently affected the Axie ecosystem, although no NFTs are known to have been involved in the theft.

What sets Axie apart from other NFT platforms is that the site does not rely on external creators or artists to supply inventory. The Axie characters, which look like a mix between Pokemon and Tomagachi monsters, power the game and serve as the actual NFTs. Each creature is a unique digital asset that can be bought or sold at any time.