There Are Teslas And There Are EVs: Here's How That Distinction Is Holding The EV Market Back 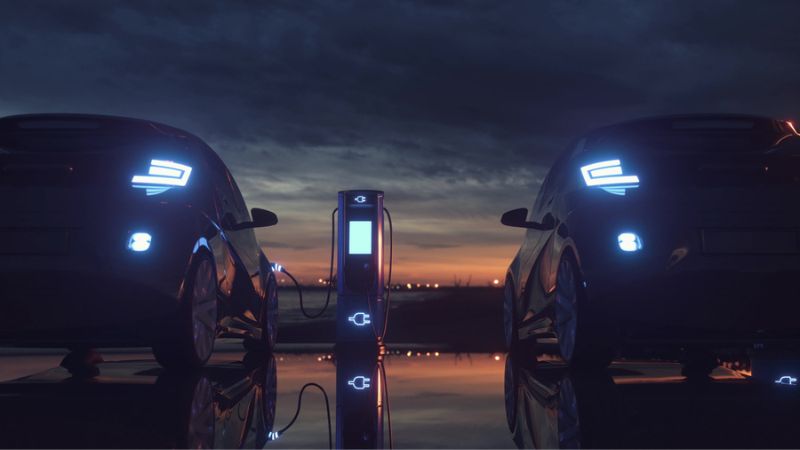 Despite electric vehicle competition heating up in the last year, Tesla (TSLA) maintains a chokehold on the market. That dominant positions represents and underscores what is needed before mass adoption of EVs is feasible.

This was down 9% from 2020 when Tesla held a 79% stake of the market. That seems like a step in the right direction, but estimates were for Tesla to fall to 56% market share in 2021 as Ford's (F) Mustang Mach E and several others were brought to market.

However, people are still buying Tesla’s, not EVs.

While the superstar CEO with a cult following play a role, as well as cutting-edge software via Autopilot and "Full Self-Driving", the feasibility of owning a Tesla compared to other battery electric vehicles is second to none.

In a FactSet report, it is noted that despite EV market share approaching 1%, electric vehicles represent ~0.7% of miles driven. On average, EVs drive 8,000 miles per year, while traditional cars go 11,500 miles in the United States.

When you look at that figure blindly, you think it spells out an issue for the entire electric vehicle industry.

But, if you look at miles driven in Teslas, you get a different story. While drivers in England may have different habits than in the U.S. due to population density, access to public transportation, etc, Tesla’s are the most driven car averaging 12,459 miles per year, during the first three years of ownership.

While the figures aren’t directly comparable, it's probably safe to assume that Teslas are being driven nearer, if not exceeding, that 11,500-mile average that internal combustion engines are.

If that assumption is fair, then nearly three-quarters of the electric vehicle market could be driving more than anyone else, while that other quarter that isn’t a Tesla hardly hits the road.

This reminded me of this WSJ Opinion article about a 2,000-mile road trip in a non-Tesla EV.

While it's pretty unfair to title something “The Electric-Vehicle Road Test” and claim that it tests the feasibility of EVs, while using an EV that isn’t representative of the market, the article does drive home the difference between a Tesla and an EV.

The grueling trip that was made worse by a lack of research highlighted the difference between the Tesla SuperCharger network and the rest.

Fast-charging to 80% for electric cars often gets advertised as taking somewhere between 20 and 30 minutes, but it is far from that simple because factors including the number of people at the charging station, how up-to-date/maintained a charger is, and even how warm your battery is, can all make a huge difference in charging speed.

That 20-30 minute range means you are charging without someone next to you, at the most up-to-date level-three charger. And, at least for Teslas, that you properly preconditioned (warmed up) your battery before charging.

On the non-Tesla EV road trip, the writer learned very quickly that not all fast chargers are Fast. When relying on third-party chargers, you can get between 3 and 20 miles per minute, whereas Tesla V3 SuperCharers hit a peak performance of 75 miles in 5 minutes and charge rates of 1,000 miles per hour.

In a similar article, but of using a Tesla for a road trip, this family drove 41 hours and charged for just 5 hours on their 2,747-mile trip.

The difference between the two trips couldn’t be bigger for the future of the EV market. Without robust and well-maintained charging infrastructure, going all-EV for a family can only make sense for those willing and/or able to shell out for a Tesla as that is the only EV capable of meeting their driving needs, without sacrificing a ton of time on trips to charging.

What Does this Mean for Investors?

Without an infrastructure bill, companies like EVGO could struggle to scale as the small portion of non-Tesla EVs already can’t support a huge amount of growth.

Compound that with profits that are coming almost entirely from the 30% of the market that likely drives a ton less than the other 70%, growth seems very limited for pure-play charging companies.

Further, charging companies are just starting to meet their public enemy no. 1, Tesla.

Last November, Tesla launched a “Non-Tesla Supercharger Pilot” program last November that opens select Tesla SuperChargers up to the public, with Musk saying they “will be adding the rest of the industry connector as an option to Superchargers in the US” eventually.

Tesla owns an astounding 21% of fast-charging stops and 58% of all fast-charger stalls in the U.S., and, as we already mentioned, they are a well-maintained and frequently upgraded fleet of charging stations.

The interesting thing about this is, that it makes you wonder if this will cause Tesla to lose some of that luster in the eyes of potential buyers. People are buying Teslas, not EVs, right now. But a boost of feasibility for other EVs and some or even many may cancel their orders for another. That’s when we learn how much of it is about the autopilot, superstar CEO, etc.

Tesla’s best-selling Model Y is sold out until at least January 2023. The trick for Tesla is being able to maintain outsized demand while profiting off of the increased feasibility of their competitors.

Ultimately, car companies like Ford (F) that have at-scale electric vehicles should be winners from this. But how fast Tesla is willing to update its charging network to be non-Tesla capable is a huge factor.

Does the plan backfire on Tesla in the long run or does Tesla successfully profit from the under-planned and slow entrances into the market by legacy automakers? Either way, the charging companies are the losers.