The Window Test: A Smashing Way to Optimize Your Portfolio for Reopening 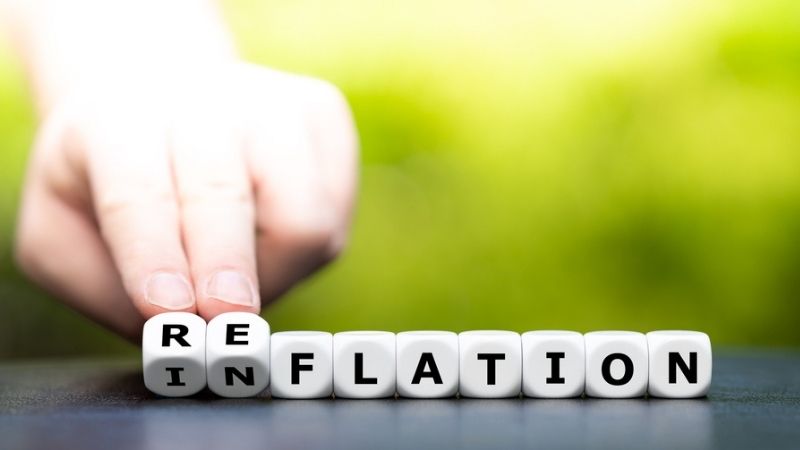 Throughout the pandemic, the winners and losers were extremely easy to tell apart, making for one of the easiest to navigate markets possibly ever.

Did the company help your work go remote? Buy.

Did you stop going to this bar for wings and beer? Sell.

This sent growth stocks rocketing higher after the initial correction, while the so-called "real economy" stocks struggled and went sideways for much of 2020.

But now, as half of all American adults have received at least one vaccine shot, a different story is being told in the markets. Real economy stocks, which are essentially stocks that aren’t digital, are starting to take-off again.

Reflation is the first stage of economic growth and typically represents a turning point in an economy as it transitions from its economic downturn to becoming a robust economy again. Reflation stocks rely on the economy to improve and their health is often a mirror image of how the economy is doing as a whole.

Energy and Industrials have posted strong year-to-date gains of 27.63% and 14.06% respectively, while the S&P 500 added just 9.86%. This shows plainly and simply that investors are betting that economic activity will return.

However, this past month has decidedly painted a very different picture. Energy has fallen 7.74% and Materials only added 5.22%, while the S&P 500 increased 5.46%. So has the reflation trade paused?

Well, while it is undeniable that the reflation trade has underperformed as of late, snooze might be the better term to describe its recent form. The SPAC market, which saw record interest in 2020 and peaked in February, is down a massive 23% since its peak, according to the IPOX SPAC Index.

This is important to note, because while investors did regress during March to what seemed like their covid picks, they did so with caution. The last six-weeks have been riddled with headlines that really, just didn’t have any benefit to the reflation trade.

In this time period, energy stocks were still recovering from lost output from the Texas freeze. Then they stumbled hard during the Suez Canal debacle, where 12% of all global trade and roughly one million barrels of oil and 8% of natural gas, were blocked daily.

Lastly came the economic stimulus payments and tax refunds, which people mostly spent on paying down debts, as well as on shoes, apparently. And these headlines solely represent the non-inflation based headlines, which certainly played their part in scaring investors away from stocks that rely on a growing economy.

So with investors only briefly trading backwards to their covid picks, and not doing so with anywhere near the same conviction they had before, you can can expect the reflation stocks to slowly start to pull themselves back to the forefront.

As earnings season goes full-steam ahead, investors are paying attention to how their original reflation picks fared during the first quarter. With more economic activity happening as people get vaccinated, it will likely show that many companies that struggled during the pandemic are starting to see things pick up.

So how do you find these stocks?

Well, we recommend performing the window test. Can you (or some superhuman version of you) pick the company’s product up and throw it through the window, or use the company’s service to get a loan to replace the window you just broke?

If the answer is yes, then the stock will probably benefit from the economy as it opens.

These stocks include energy and metals stocks, lumber, shipping, and - the economic fuel of it all - the banks which finance the growth, to name a few.

So looking forward, as we speed towards being fully vaccinated, March’s deviation from the reflation trade was a speedbump, not a halt in the trade. These companies took a beating, but still have a long way to go to reach pre pandemic levels.