The Supply Chain Crisis: Why Americans Are Seeing Products Disappear From Shelves 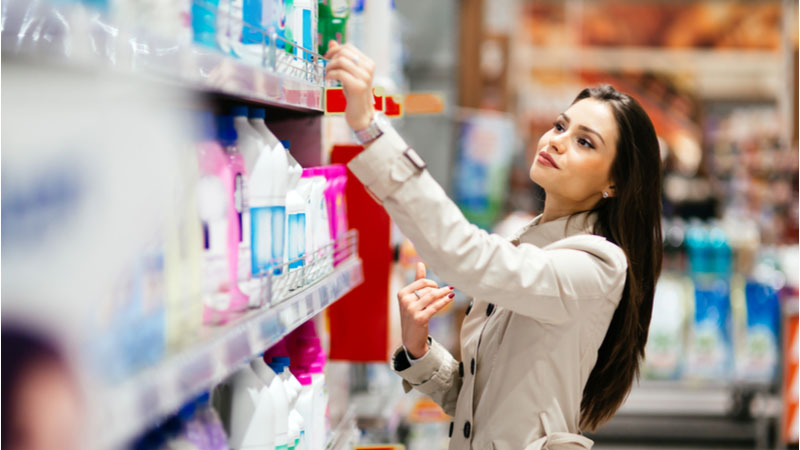 Prior to 2020, many Americans believed that the phenomenon of product shortages was a problem that only foreign countries had to face, and one they would never experience in their lifetime. The Covid-19 pandemic changed all that.

In the months following the global lockdowns and mask mandates, Americans rushed to food stores and shopping centers to load up on sanitation equipment and non-perishable goods - chief among them toilet paper - which was hoarded at such extreme levels that it became a common joke on social media.

While the stress on supply chains abated in the second half of 2021, a resurgence in disruptive global events has once again tested the limits of major companies to produce and transport goods to store shelves. While Americans may now be better prepared for the possibility of shortages than in the past, the causes of the current supply chain crisis are more diverse, and may consequently be harder to solve.

It's not a coincidence that the worst product shortages in recent history have occurred at a period of record inflation.

In May, the stock market was rocked after reports shows inflation jumped to 8.6% yearp0over-year in May, soaring past expert predictions of 8.2%.

The high costs of ordinary products have led many people to alter their spending habits, and dining out has been one of the first casualties.

This has led to higher levels of buying at supermarkets, as well as greater demand for cheaper items. Increasingly, consumers report they are avoiding brand names and buying only the essentials.

For June’s BMO Real Financial Progress Index survey, 42% reported that they are changing how they shop for groceries, with consumers reporting buying more appliances and trying harder to cook at home - actions that have put a strain on food stores to keep up with the high demand.

The cycle of high prices and empty shelves has also led to a vicious cycle where many buyers attempt to stockpile products at home - a phenomenon that occurred with toilet paper at the height of the pandemic. This is especially true with paper products since they are easy to store and last for longer periods.

Another culprit of product shortages, higher energy costs are partly to blame for the rumors of food shortages that have appeared in recent weeks.

Boyd said, “For so long, we’ve enjoyed lots of food in this country, so we’ve never ever faced a food shortage and I think that’s coming in the coming months."

Higher diesel prices impact farmers more than the average American as the farming industry relies on diesel for food harvesting and transport.

While the events in Ukraine have been highly publicized since Russia's invasion at the end of February, few are aware that Russia is one of the world's main wheat suppliers, accounting for more than 17% of all wheat sold across international borders.

Ukraine also produces a whopping 6% of all food calories traded in the international market. The disruption of the supply chains in both countries is sure to wreak havoc the global food industry, and it's unclear whether other countries can make up the demand.

To make matters worse, India recently announced a ban on exports, a move enacted to protect its food security.

Speaking on the rumored food shortages, President Biden said on March 24, “It’s going to be real. The price of these sanctions is not just imposed upon Russia; it’s imposed upon an awful lot of countries as well, including European countries and our country as well. Both Russia and Ukraine have been the breadbasket of Europe in terms of wheat, for example—just to give you one example.”

Many major American companies have pointed to the lingering effects of the Covid-19 pandemic as a key reason for shortages.

Edgewell, the company behind brands like Playtex and o.b., cited supply chain disruptions created by the Omicron variant as a driver of lower inventory.

Keith Daniels, Partner at Investment Bank Carl Marks Advisors, recently said, “It is a combination of factors: supply chain issues and driver shortages, scarcity of packaging, labor shortages at manufacturing and production plants as the workforce has not returned as facilities restarted from COVID closures."

The rapid change in consumer spending patterns brought about by the rise and fall of Covid-19 waves, as well as record inflation, has led a situation where companies can't adjust their inventory to match the market demand.

For many industries, the lead time for consumer durables might be up to a year, meaning that most companies do not have the infrastructure and personnel to adjust to rapid changes.

Speaking on the widely reported tampon shortage, Tampax told NBC News that their team "is producing tampons 24/7 to meet the increased demand for our products. We are working with our retail partners to maximize availability, which has significantly increased over the last several months."

While it's sometimes unclear what's causing the higher demand, as in the case of tampons, the factors for other products are easier to identify.

Trader Joe’s announced in May that it will discontinue most of its wet pet food products since there's limited sourcing available for ingredients, and the store simply can't keep up with demand.

This is due to the continuing shortage of aluminum - a key metal in packaging animal food. According to Fox Business, even large retailers like Target and Amazon are facing pet food shortages.

America has also been plagued by a string of problems at major U.S. factories, some of which are after-effects of the Covid-19 pandemic.

At the height of the lockdowns in 2020, demand for gasoline dropped by nearly 14 percent and diesel by 8 percent. As a result, five domestic refineries, with a combined capacity of over 800,000 barrels per day were permanently shut down.

Although this seemed like a good idea at the time, travel in the U.S. has returned to normal, and American companies are struggling to meet the rise in demand.

This is also a major part of the infant formula shortage. Abbott Nutrition’s factory in Sturgis, Mich. represented a healthy portion of domestic inventory before being taken offline for four months due to a purported bacterial outbreak at the facility.

Now families are scrambling to obtain formula, with some even turning to the black market.