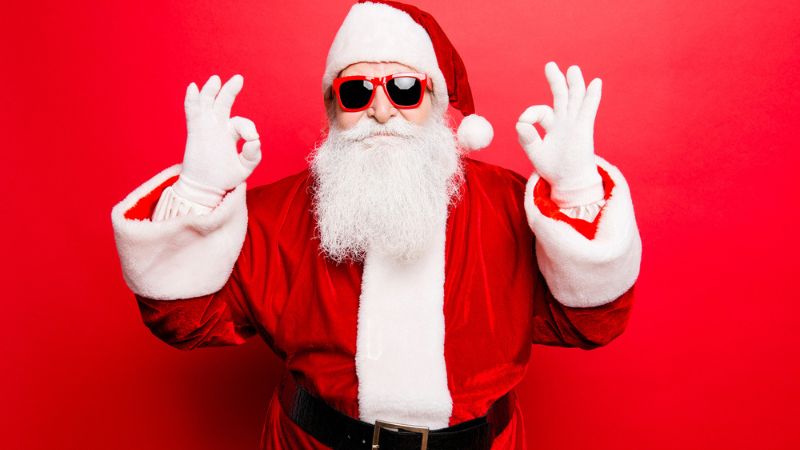 It’s that time of year again where after having spent all your discretionary income on gifts for family members and friends, the market decides to go full speed ahead.

The Santa Claus rally is an effect in which stock prices rise more than usual over the last five trading days of December and first two days of January.

Importantly, the effect is not in place prior to Christmas as the weeks leading up to the holiday have no substantial deviation from other times of the year.

The market has risen 1.3%, on average, during those seven days going back to 1950 with a positive return occurring during that span roughly 75% of the time. That is not normal. It would be great if markets rose 3 days out of 4 and averaged nearly a 50% annual increase but alas we are not in the Shire where all’s well that ends better.

Last year’s return was right in line with the usual as the S&P 500 increased 1.44% during those seven trading days. Additionally, there was a notable 1.38% jump on the first trading day after Christmas and a large drop of 1.94% on the third trading day of January following the seven days of the Santa Claus rally. So the rally once again held true last year but was very much a product of its exact window. As more traders gain knowledge of the rally window then the effect could become even more severe with retail investors trading off market sentiment.

Will There Be a Rally This Year?

The odds are in favor of a rally based on historical data but 2022 has been a rough year from the start. In fact, the Santa Claus rally of last year promptly led into a steep decline throughout January and then most of the year with brief bullish runs in March, July to mid-August, and since mid-October. Even with those brief runs, the S&P 500 is still more than  17% year-to-date.

The market has been on a solid run over the past couple months with large uncertainty revolving around the Federal Reserve’s future monetary policy. Traders are still unsure as to how fast and how the central bank will ultimately go with interest rates. Those signals from the Fed will have a major impact on markets over the upcoming weeks and months along with updates from China on its progression of easing Covid regulations following major protests.

The outcome of this year’s Santa Claus rally will heavily rely on updates from those major macroeconomic factors but more generally a wave of optimism tends to go around the market during the end of the year with retail traders feeling the holiday spirit and institutional traders being on vacation.

What Causes the Rally?

The first reason is the hardest to quantify and verify but a general wave of happiness and optimism are more present during this time. Additionally, institutional investors go on vacation during this time, allowing for retail traders, who are generally more bullish, to more heavily sway the market. Meanwhile, holiday bonuses and tax considerations from companies and individuals often play a huge role during the end of the year that leads to above average returns in markets.

The Santa Claus rally has been pretty statistically significant over the last 70 plus years and there’s no way to know if it happens again but let's hope Santa can make it down the chimney once again to cap off a down year in 2022.