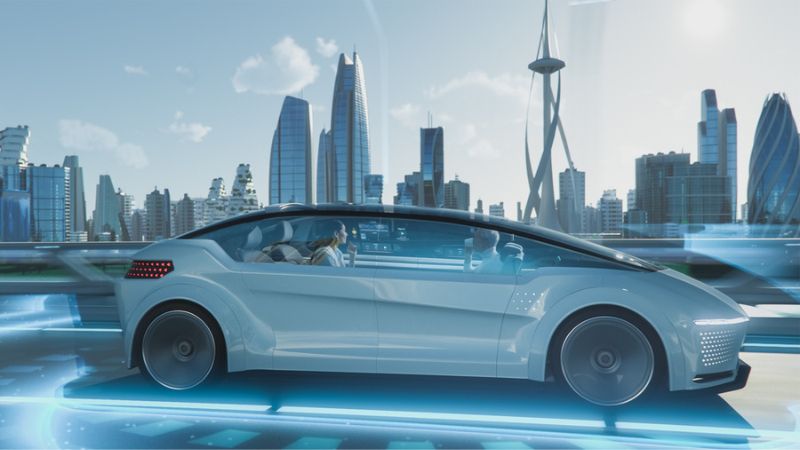 The Apple car, code-named Titan, just saw its target launch pushed back by about a year recently.

While, thankfully, Apple didn’t do a Cybertruck and start taking orders years before production started, it's still a hiccup that has investors wondering how close our sci-fi dreams are to reality.

Apple had some interesting goals with its first car. For starters, they wanted to ship the car as a fully autonomous vehicle, meaning no steering wheel or pedals. Just get in, buckle up, and enjoy your new life as a person with a chauffeur.

Well, that dream didn’t last too long. In order to boost the likelihood that Titan actually ships, Apple is putting in some good old-fashioned manual steering and accelerating capabilities and will only have fully-autonomous driving on highways. This change is reportedly coming due to Apple executives coming to the conclusion that the fully autonomous version isn’t possible with current technology.

Importantly, for investors trying to figure out where to put their chips for autonomous vehicle bets, Apple has been intending on using a Lidar system. Lidar is expensive to put on cars, costing around $10,000 and is extremely data intensive as it is constantly creating 3D maps.

The 3D Lidar map requires you to pre-map the environment, then create a high-definition map, then use the cameras to add all lanes, traffic lights, and traffic connections, according to former Tesla Chief AI scientist Andrej Karpathy. Tesla argues that “it’s unscalable to collect, build, and maintain these high-definition lidar maps” and that “it would be extremely difficult to keep this infrastructure up to date.”

Apple’s executives' conclusion lies in the fact that they likely see Lidar autonomous driving as impossible given current technology due to Lidar mapping. A great example of this is Uber’s new robotaxi service with Motional. The Motional vehicles are only approved on Las Vegas streets and, for at least the first year, there will be a person sitting in the driver seat ready to take over at any time.

Autonomous driving is a beast that even the most ambitious CEOs have come to respect. I’d say this is a healthy step back for a project that is over a decade old and is running on E as it has faced immense turnover in recent months.

I think it's important to understand that Apple’s original goal for autonomous driving was much more ambitious than Tesla’s and everyone else’s. Not in the end goal as they all want Level 5, but in skipping over levels to get there and in attempting to do so at scale from the beginning.

When comparing Titan to other projects, you have to consider the vision. Apple wanted to launch its first-ever car as something you could play video games in while it drives you to and from work. That is called Level 5 autonomy, or “Full Automation”.

Level 3, known as “Conditional Automation”, requires a driver that is prepared to take the vehicle over at any time. Level 4, also known as “High Automation”, still requires a designated driver, but is one step further as the car must be able to pull over safely if its human doesn’t respond to alerts to take over in time.

The audacity of this goal reminds me of this classic Family Guy scene. Peter worries about an impending World War 5 and downplays Lois’s common sense that “there has to be a World War 3 and 4 first”, saying “That's the beauty of World War 5. It's so intense it jumps right over World War 3 and 4.”

Importantly, they all want robotaxis. But, Ford, Tesla, and everyone else make money by charging varying amounts of money for Blue Cruise, Full-Self Driving, and whatever else. Without a purchasable car on the road, skipping straight to Level 5 could only be a massive cash drain as that R&D isn’t cheap.

The definition of a win-win is when both parties… win. Owners of Teslas and Fords pay for increased safety. Their car then becomes part of a fleet that every other Ford or Tesla car learns from. Further improving safety (another consumer win) and bringing down the cost of R&D as some of the work got outsourced to paying parties (another business win). That's DJ Khalid-level winning.

While Apple tries to minimize the “production hell” that comes with scaling and producing new cars, Apple is exploring outsourcing opportunities. In the EV world, a “skateboard chassis” is an electric vehicle platform that includes essentially everything below the body of the car, including; battery, electric motors, wheels & suspension, and drivetrain(s).

Negotiations on these are stalled, but this seems like an encouraging move for the iPhone maker. We had written about Apple’s iPhone manufacturer Foxconn’s move into the skateboard space in 2021, and I’d double-down support to outsourcing this part of the production as it frees up capital for enhancing the rest of the vehicle.

By only working on the shell and interior of the car, and copying Stadium 974 in the Qatar World Cup (which was built with the ability to be deconstructed and shipped to other countries), the Apple car could be something that improves over time.

Given that the lives of EVs are expected to be quite a bit longer than ICE cars, and that it will ship as a normal-steering-wheel-havin’ car, the company could build with deconstruction in mind. This way my sporty sedan can get a facelift and become a larger crossover SUV when I have the need for more space. Or, it can be upgraded to fully autonomous when the time comes.

The Apple Car had a big development that increases its chances of becoming an actual thing by adding the steering wheel and pedals.

That is certainly a positive for the project, however, it unencouragingly revealed tensions as stalled skateboard negotiations potentially create a larger production task (which can create a plethora of hurdles), while concessions in autonomous driving seem to call into question the scalability of Lidar systems.