Tesla AI Day: Here's What to Watch (Out) For 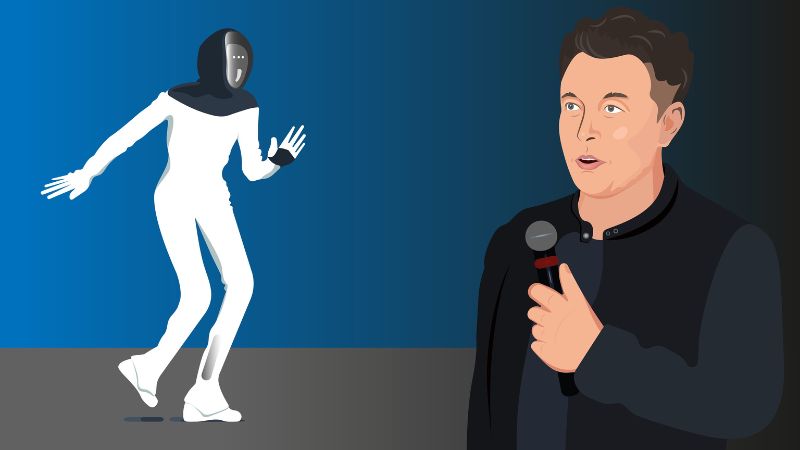 Tesla stock has whipsawed over the past month as the company approaches the next rendition of its “AI Day”.

Contributing to the erratic trading is a Twitter lawsuit with CEO Elon Musk, investigations into Autopilot/Full-Self Driving, Fed rate hikes, and overblown “recalls” that were actually just small updates that didn’t physically recall any vehicles.

Side-note: for investor's sake, “recall” should not be used synonymously with “mandatory over-the-air software update”, as one suggests a much more costly error than the other. But since it currently does, investors in automobile stocks, particularly EVs as they are all connected to 4G/5G, should be hip to this to better understand what potential impacts could occur.

Anyways, back to everything sci-fi.

This AI day is going to be noisy.

At the last one, Musk unveiled a human inside a costume, that was meant to represent Tesla's next non-EV product: a humanoid robot. While there was a lot of skepticism about the venture, due to there being a lot of failure in making humanoid robots, Tesla delayed AI day this year so that there could be a functioning prototype.

Also getting its debut at the last Tesla AI day was the Dojo supercomputer, which is the seventh most powerful computer in the world and is the most powerful AI training machine.

Other than that, of course, there were updates on Tesla’s Full-Self driving. Musk and Co. are said to be aiming for a wide rollout of the FSD beta to owners of the $15,000 software (and not just drivers that qualify as “safe” drivers) by the end of the year, so there should be some notable updates for investors Friday.

On any given day, these could all be worthy of center stage. At Tesla AI Day, however, it's all just part of the show.

While each of these has high potential, there’s just enough to watch out for as there is to watch. So we’re going to outline the above technologies, which we expect to be the main points of development, and what we hope does and doesn’t get said.

Commonly known as the Tesla bot and officially known as the Optimus project, this humanoid robot could hush Tesla’s biggest critics at the forthcoming demonstration.

The humanoid robot is aimed at helping owners perform basic, repetitive, and dangerous tasks. This project has been met with a lot of pushback, criticism, and skepticism; especially after Elon Musk prioritized Optimus’s product development over the likes of the Tesla Roadster, Cybertruck, and Semi. These products were all delayed into 2023.

Well, a little over a year after AI Day 2021, Musk will get his chance to justify that choice. I am hyper-focused on this tradeoff as - depending on the direction of the wind - it could be genius or utterly foolish.

In job listings, Tesla says that it plans to use thousands of humanoid robots in its factories. The product was, basically, just a thought at the last convention. Contrast this with the chronically delayed Cybertruck, Semi, and Roadster, and you get a lot of questions.

The genius case for me is that Tesla is already building robots to put in its factories and that it will have some projections for us: how much do they expect this to help them boost production, both in the early stages and late; how much does building these take away from building cars; and how long will it take for these robots to pay for themselves in various settings, to name a few.

It wouldn’t be hard for Tesla to convince any investor that 2022 wasn’t the right year to launch those three new products. From taking away production capabilities for the wildly popular Model Y (and to a lesser extent the Model 3), to a looming recession and rising rates. All on top of ongoing supply shortages. Introducing these may not have been feasible due to factors outside Tesla's control and new products may have had a tough time gaining traction in an uncertain environment.

But now, if this robot is nearing factory placement, Tesla could be able to launch its Repeatedly Delayed Lineup (RDL) with increased production capability and at a lower cost basis. The genius case is that those other products were waiting on some other things to clear up, so they invested in a separate product that will likely need to prove it can boost efficiency before other companies would consider ordering for their own factories.

But the keyword is waiting. That means, particularly with the Cybertruck and Semi, that they are basically ready for mass production when it is feasible and logical to do so.

The foolish case is that, following the demonstration and our hopeful projections, it's still met with immense skepticism and thought of as a red herring to distract from delays in the RDL.

Information regarding the Dojo supercomputer is scarce, but AI Day 2 aims to change that. At the Hot Chips 34 conference, engineers on the supercomputer unveiled some architectural features of the machine, while floating the promise that they would talk about the performance of the computer at AI Day.

The supercomputer was built from the ground up for AI machine learning, and more specifically, for visual training via data from a fleet of Tesla cars. Powering the Dojo computer is Tesla’s D1 chip, which features 362teraFLOPS of processing power, which equates to 362 trillion floating-point operations per second.

This follows Tesla’s move to build more of its computing power, with the company replacing NVIDIA chips with its self-made FSD chips. Tests on the hardware 3 chips by Nikkei showed the chips to be six years ahead of the tech found in Toyota and Volkswagen vehicles, while Cathie Wood’s ARK Invest has said the technology was four years ahead of NVIDIA.

Now, Musk claimed that Dojo would become operational this year, so we are looking at anything that suggests that it is already being used or that it will be used by the end of the year. Designing your own chips and supercomputer from scratch doesn’t come with a small price tag, so investors would like to see this starting to bear fruit.

What we are watching out for is the lack of a hard launch date and specs that underperform the expectations that Tesla set. The Repeatedly Delayed Lineup doesn’t need a new member and investors will only be satisfied with this venture if it proves to be more cost-effective to have the supercomputer in-house over the long run.

Achieving Full-self-driving is one of the key reasons Tesla trades at such a premium, as being the first to create it gives the company a plethora of advantages, including the long-anticipated robotaxis.

While a Tesla can change lanes, take exits, stop at red lights, and much more, it remains a so-called “Level 2” driver assistance feature. This means that the driver must have their hands on the wheel and be ready to take over at all times. Tesla drivers utilizing the full suite of safety features at their disposal drive 4.31 million miles per accident, compared to the overall average of 484,000 miles/crash.

Despite that impressive stat, hiccups do cause accidents (especially with overly-trusting drivers), with the most recent headlines surrounding the technology regarding phantom braking and accidents with emergency vehicles.

The creation of a supercomputer and your own chips may very well be an admission that there is more to be done to create a self-driving car that works on most to all roads, but investors are getting restless at this remaining solely in Level 2.

Mercedes, for instance, has a Level 3 offering that will feature in its top-line models next year. It's hard to know what to make of this, honestly, as it is only allowed to drive without supervision at speeds under 40 mph, in heavy traffic, and it must be engaged in either Nevada or California.

With those limitations, a Level 2 from Tesla would arguably be more useful for individuals with highway commutes and certainly is more useful for those living in any of the other 48 states.

I’m listening for anything that suggests that the recently increased price for FSD to $15,000 came with concrete steps towards being approved for Level 3.

What I’m watching out for are: