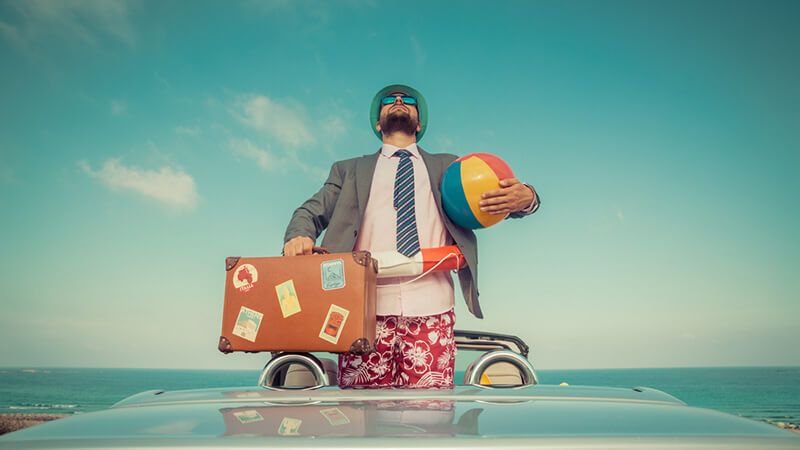 School's almost out and it's just about time for home-improvement season mixed with some vacations.

Although maybe road trips are being canceled or significantly shortened in order to avoid paying absurdly high gas prices. While oil prices might deter some from driving down to Disney World, flight costs are likely not going to be so high as to really deter larger vacations that many have been waiting on for years for since the pandemic first struck.

This summer is going to be very unique with economic conditions that include supply chains still being disrupted, price pressures remaining high, war raging in Ukraine, and monetary policies tightening with significant interest rate hikes planned for the upcoming months. However, some companies that see their best results in the summer may flourish with the change of season.

Home improvement retailers Home Depot (HD) and Lowe’s (LOW) are two companies that post their biggest revenue numbers during the summer as consumers renovate and upgrade their properties. Additionally, the businesses are both considered essential and outperformed the market during the pandemic while providing significant dividends for investors. Recently Home Depot surpassed earnings estimates for the first quarter of 2022 and raised its full-year outlook while Lowe’s is expected to report earnings-per-share (EPS) slightly above its year-ago quarter with its first quarter report on Wednesday.

Meanwhile, Disney (DIS) tends to see some of its biggest quarters in the summer as theme-park traffic peaks. Parks still account for a significant portion of total revenues while the company continues to push its streaming service. Parks are expected to rebound strongly from the past two summers where coronavirus restrictions were still somewhat in place and many were more worried over the virus than they are now as vaccinations and boosters have been delivered to those looking for them. However, there is one expensive factor that may damage Disney’s theme park revenue and help competitors.

Filling up the tank has gotten a lot more expensive in recent months with no bigger factor than the sanctions levied against Russia following that country’s invasion of Ukraine. WTI and Brent crude oil both sit around $115 a barrel compared to roughly $90 in late February and $70 back in December 2021. So those long drives to one of Disney’s six different resorts may be replaced with smaller trips to one of Six Flags (SIX) 23 unique parks in the United States. Big family vacations will likely still lean towards Disney’s parks but a one day or weekend trip might go towards Six Flags in order to avoid the long drives that are now increasingly expensive as gas prices surge.

Higher oil and gas prices also aren't exactly hurting energy stocks such as Exxon Mobil (XOM), Chevron (CVX), or Phillips 66 (PSX). These energy firms are also not focusing as much on new production and instead are returning much of the extra earnings to investors through higher dividends and share repurchases which may not be great for consumers but is not bad at all for investors. Summer means more activity and travel whether that be on the ground or through the air.

Lastly, a big winner this summer is likely going to be airlines such as Delta Airlines (DAL), American Airlines (AAL), United Airlines (UAL), and others as people look to explore the world once again after being in quarantine. Last summer already saw a big recovery for airlines compared to 2020 but with vaccines being more readily available and many quarantine measures being lifted, such as masks on flights, airlines are sure to see a boom once again. International travel will be a huge factor as well with lockdown measures between countries being lifted in most areas allowing for easier travel.

It may still take some time before airlines are back to where they were in 2019 as business travel is far below where it was before the pandemic, but airlines are looking forward to this summer and can’t wait to put the pandemic behind them.