Stocks to Pick for 2022; Shortages Crush Consumers But Help Others 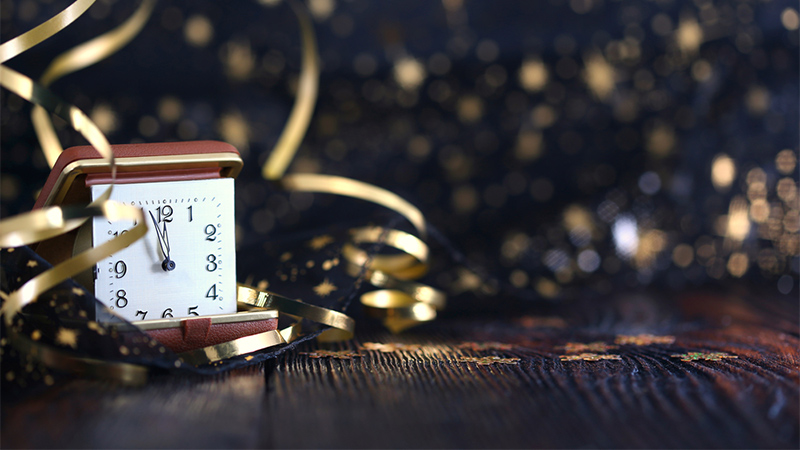 2021 was a great year for stocks and all kinds of investments. The S&P 500 rose roughly 30% in a year while cryptos such as Bitcoin (BTC) and Ethereum (ETH) saw their value rise significantly overall even with some high volatility along the way.

Investors are hoping to keep that strong momentum into 2022 but there are some major hurdles being faced along the way.

Where the Economy Stands

2021 was great for stocks and a major role in that was obviously the recovery from the pandemic and development of vaccines. 2020 was shaky to say the least, so a reopened economy buoyed by rapid vaccine research and deployment led to a great year for stocks and many businesses in the economy. However, the recovery is certainly facing its fair share of struggles at the moment.

Massive stimulus packages and aggressive monetary policy in response to the pandemic helped keep the economy afloat. Now though, investors are seeing the tradeoff with continued high inflation (6.8% rise in consumer prices from November 2020-November 2021) and pushback against further stimulus such as the Build Back Better plan.

Additionally, supply chain disruptions and massive shortages remain a problem as many factories were forced to close down in the immediate response to the coronavirus and cargo bays now becoming overloaded. Consumers have grown accustomed to large price increases on most products and dealing with many items remaining either out of stock or massively overpriced on third-party sites.

The economy is in a much better position today than it was in March of 2020, however, select industries stand to prosper far more given certain economic conditions as investors look to find the winners.

Supply chain issues have led to cargo containers sitting for months at ports where inventory costs are so high that it has led to cargo salvage companies profiting off the situation. Cargo salvagers are handling goods that need to be destroyed or resold as canceled orders have led to many delayed or unwanted goods. As containers sitting at completely overloaded ports are costing money, these salvagers have become critical for logistics companies when dealing with the increased time it takes for transporting freight.

Companies such as Schnitzer Steel Industries (SCHN) or Commercial Metals (CMC) have seen massive stock growth since the pandemic as shortage issues persist. Meanwhile, auctioneers like Ritchie Bros. (RBA) have experienced a boom with parts being put up for sale with an estimated 15% increase in the supply of salvaged goods on the platform this past year. These kinds of businesses tend to perform well during disruptions to the economy with current supply issues giving them a great opportunity at the moment.

Of course, other winners include leading shipping container companies such as China Ocean Shipping (CICOY) who own 5 of the 10 biggest container ships which each hold up to 19,000 containers. The company has in total 285 container ships. Meanwhile, Evergreen Marine (TWD) operates over 190 ships being sent to 240 ports around the world. The bottleneck at ports has led to increased time between export pick-ups and import handovers, but leading container shipping companies are still benefiting dramatically from the faster than expected recovery in demand for products around the globe.

Running alongside shortages has been the rapid-increased use of third-party retailers by consumers. Websites such as eBay, Mercari (MRCIF), or StockX are being used more often by consumers as an alternative method to buy in-demand products that are sold out by first-party retailers.

eBay being used for aftermarket sales is not a new concept at all with products such as hyped sneakers by sneakerheads being sold for premiums after the initial release. Scalpers are an unfortunate part of the economy that goes back throughout human history with price gouging being no stranger to today’s world as well (*cough* pharmaceuticals *cough*). However, current economic conditions have led to more and more products being sold on third-party sites for premiums given the massive shortages in various industries.

The semiconductor shortage has massively impacted the automotive industry with new and used car prices soaring as a result. But it’s hardware technology, in general, that is experiencing massive shortages with new products such as Microsoft’s (MSFT) Xbox Series X, Sony’s (SNE) PlayStation 5, and computers, in general, being sold out as graphic cards and other hardware is unable to keep up with demand.

People working and living remotely only increased demand for new technology products and a massive increase in the interest in cryptocurrencies only fueled that demand further. Producers such as Advanced Micro Devices (AMD), Intel (INTC), Nvidia (NVDA), and Taiwan Semiconductor Manufacturing Company (TSM) have simply been unable to keep up with demand. Forced factory closures early in the pandemic helped lead to these manufacturers still being unable to meet demand as consumers have been forced to buy some of their favorite products for massive premiums on sites like eBay (EBAY) or StockX.

There are many winners in this situation with the biggest loser being the consumer as people are paying over $700 for a new Xbox or PlayStation that retails for $500… over a year after the consoles were originally released. Customers may not be getting any deals but producers are enjoying not having to offer any along with a minimal need for promotion. Microsoft, Sony, General Motors, AMD, Nvidia, and others all want to push out even more of their products, but their biggest problem, being unable to keep up with demand, isn’t exactly the worst situation to be in.

Meanwhile, third-party retailers get to enjoy a piece of the pie for a while until eventually, shortages resolve themselves. For 2022 though, eBay and others look pretty well-positioned to benefit from supply chain disruptions.

2021 was a great year for the economy and stock market following a heavily tumultuous 2020 that saw the pandemic spread across the world. Vaccines helped allow the world to return almost to a new “normal”. However, the economy still has some ways to go before fully recovering as high inflation, supply chain disruptions, and various other issues need to be overcome before reaching a pre-pandemic economic state. Still, 2022 looks poised to be a strong year for many industries as investors hope to see a time of greater stability coming out of the pandemic, albeit at a lower rate of recovery in comparison to what markets experienced this past year.