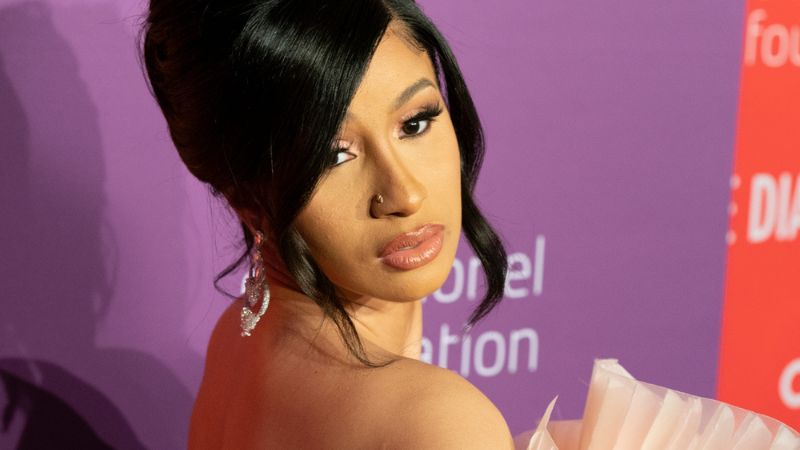 A little over a week ago, rapper Cardi B took to the internet to school her followers what's wrong with the housing market.

The “m***** f******” inventory” [ED. Note: The inventory of words you can't say on television in that video is not small.] problem, as Cardi put it, is at the root of rising home and rent prices, and her rant was only underscored by this week’s housing market updates.

Despite mortgage rates continuing to rise to decade highs, prices for homes hit their 126th month of yearly gains as prices continue to surge to record highs.

An inventory problem for the housing market has been a long time coming as housing completions have struggled to return to pre-Great Recession levels. As the population grows by a few million per year, the housing supply has added as few as 585,000 homes in a year.

A so-called “buyers” market in real estate refers to when supply for housing exceeds demand, granting leverage to the buyer as their options are abundant. In a “sellers” market, demand exceeds supply and sellers gain leverage, allowing them to sell at a higher price.

The monthly supply of homes has been on the rise since bottoming at just 1.6 months supply in January 2022, but it remains far from a balanced market with Wednesday’s existing home sales report showing supply remained steady in August at 3.2 months.

When the housing market has low mortgage rates, people not only refinance their homes but are more willing to move as they may be able to find a better house at a more favorable price, when considering added interest costs.

However, with rates rising and the economy looking more uncertain by the second, there are fewer homes being put back on the market.

With Cardi’s words ringing truer by the report, and housing stocks being tossed out based on fear, rather than being seen as a diversifying hedge, akin to value stocks.

While near-term markets will likely continue to trade based on macroeconomic trends, longer-term investors could find bargains in the homebuilder industry. Given that the U.S. has an estimated housing supply deficit of 3.8 million units, according to Freddie Mac, the strong housing demand, even if it tapered off in the near term from rising rates, would still be poised for great long-term growth. On a yearly basis, we add a little more than one million homes per year, so this heightened demand represents several years' worth of lingering demand.

KB Home is a large homebuilder headquartered in Detroit. KB Home is well-off of its 52-week high as it has floated downwards since the turn of the year. While the stock has taken a beating, the company has topped earnings estimates as its margins rise.

KB continues to carry a healthy backlog of homes, which was at 10,756 in its earnings beat reported Wednesday afternoon. This missed estimates for 12,245 but that was subdued by a 9% jump in the ending backlog value. Homes delivered was just 3,615 (up 6%), so they have some backlog to burn before feeling the heat from waning demand. Further, the average selling price was $508,000 (up 19%), pointing to a wealthier consumer base as that is above the median sale price of new houses.

Probably the most important thing to remember about the company is that it has a “Built-to-Order” business model. Remember when the pandemic wasn’t a problem for Tesla’s (TSLA) deliveries because Tesla builds to order and didn’t miss a step since it produced at capacity (except when factories were closed, of course)?

Well, as long as that backlog keeps growing, KB Home buys time for rates to go down and demand to go back up. According to the Fed’s latest rate decision and projections from Wednesday afternoon, this could start in the second half of 2023.

Lennar is another homebuilder that could be poised to benefit from the current environment, or at the very least its current price. The company has a PE ratio of just 5.21, making it attractively priced if it can continue to provide strong earnings reports. Lennar has plunged further than the S&P 500 this year, but that is a deceptive as its earnings reports have been far from poor.

Lennar remained optimistic, however, with its CEO stating “Sales have clearly been impacted by rising interest rates, but there remains a significant national shortage of housing, especially workforce housing, and demand remains strong as we navigate the rebalance between price and interest rates."

Struggling right alongside homebuilders are building materials and component companies. With a PE ratio of 3.9, Builders FirstSource is priced very low. The company has strong analyst reception, averaging a strong buy, with price targets that range from $75-$125, meaning analysts liken the stock to surge somewhere between 28.53% and 114.22%.

While the company faces the same short-term uncertainties as the first two, Builders has a unique advantage as it has the ability to gain transactions from pretty much any housing project. So while multi-unit starts make up the bulk of housing growth, Builders FirstSource can reap the rewards regardless.