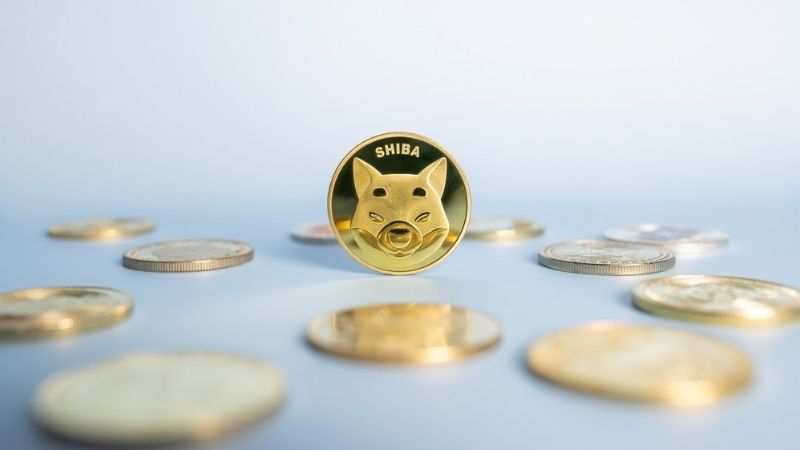 SHIB, the Shiba Inu-themed coin that launched in August 2020 claiming to be a Dogecoin killer, recently announced plans to launch a DAO, or decentralized autonomous organization.

This DAO, named "Doggy DAO" will govern ShibaSwap, the group's DEX, which stands for Decentralized Exchange. Without getting into the thick of it here, DAOs are ownerless companies that operate on the blockchain, and instead of having a Board of Directors, CEO, or leadership, that makes decisions on behalf of the investors, DAOs make decisions based on consensus amongst their users, which are also the investors.

Basically, users hold and/or stake a token and are able to vote on various matters, submit proposals, and more while earning a portion of the fees collected based on the amount of the token owned.

Anyways, back to SHIB.

Shiba Inu coin surged during the great-meme rush of 2020-2021. After the coin became a household name, ethereum creator Vitatlik Buterin donated $1 billion worth of the coin to Covid relief in India - though that has been a headache to cash out on and India has made further steps on banning cryptos since the donation, so take that headline number with a grain of salt.

After that came ShibaSwap. If that sounds familiar, then you might be mixing it up with another meme-named DEX such as SushiSwap, PancakeSwap, or Uniswap.

DEXs are another long topic. You can get a better understanding of those here, but basically what you need to know here is that a DEX is a decentralized exchange that uses an automated market maker to make prices and relies on liquidity pools for to facilitate trading. The liquidity pools allow for the swap between the two coins the fill the pool, which can lead to some exchanges having different prices from others. So DEXs have a lot of different pools in order to cover many different potential swaps.

Now back to SHIB.

Shiba Inu is taking the next step in the evolution of a crypto by launching a DAO, as mentioned above.

DOGGY DAO will allow the project to become decentralized and be run by the so-called #ShibArmy, which is the name essentially given to those that support the project.

The DAO will be implemented in phases, with the first stage being referred to as “DAO 1”. This phase will allow investors to decide which “crypto projects and pairs” will be allowed on the ShibaSwap and how the “$BONE rewards (Allocation Points) are to be distributed amongst them.”

The second phase, or DAO 2…, basically opens the system up fully to allow the community to make generic proposals for consideration or review by Shiba’s “Multisig-Team, and Breeds.” Basically, proposals no longer have to do with which crypto projects are allowed on ShibaSwap and can be about anything.

Now, there are a couple of things that I would like to dive into now that we've gone over the background.

First, I have an issue with voting for pairs given the poor track record that people have in actually turning a profit by providing liquidity.

Second, why would I trust anonymous “guardians” more than a google-able CEO?

LPs, or Liquidity Providers, are the essential backbone of any DEX. In order for the exchange to work, it must have a large stash of coins that it can use to exchange coin-for-coin. The liquidity pools are filled by their liquidity providers, who gain compensation on swaps for locking their coins up with the DEX.

This is supposed to be a great money-maker, allowing users to earn fees on top of the gains their coins already get. Though LPs don’t have immediate access to it as it gets locked up in a virtual pool.

However, according to a study by the decentralized trading protocol Bancor, nearly half of all LPs are losing money due to impermanent loss (IL), and that even “sophisticated professionals” struggle to actually make money doing this.

Impermanent loss is complicated and you can learn more here through an example, but it essentially happens when the relative prices between the two coins in the pool change drastically and unfavorably.

If professionals can’t even pick ‘em, then it seems like there will either be a lot of guardian interventions to keep the pairs on the DEX in the safer zone, meaning more established coins. Or it will mean there is a nickel-flip-of-a-chance that it is worth providing liquidity too.

If it’s the latter, then some of the approved projects will have smaller liquidity pools that could show different prices than most exchanges. When that happens, it creates an arbitrage opportunity where people can buy coins from a DEX and transfer and sell it to another exchange to make a profit. The deeper the liquidity pool, the less likely this is to happen. Thus, if ShibaSwap is too decentralized and doesn’t have a hard limit on what can and can’t be included, people will not be incentivized to provide liquidity.

In crypto, "whales" are people with a lot of money and, thus, a lot of influence as your voting power is limited to your stake in the coin or token. To avoid whales coming in and taking advantage of this, ShibaSwap has “guardians” that have the final call on pairs and other proposals.

This is interesting because 1) that’s pretty centralized and, more importantly, 2) how did an anonymous group become more trustworthy to some people than a CEO or other known entity who could presumably be replaced?

On the first, I don’t have a problem with that aspect as I don’t buy the narrative in crypto that people will have the amount of influence that they think or say they will. Anyone starting a new crypto project can always hold a controlling share of their governance token. That doesn’t make it pointless to stake, it just means the likelihood that you propose an amazing change that saves the organization goes way down. It also means that there won’t be a vote for every little thing, which can help the organization act nimbly and, with a good leadership team, better.

On the second, I’m not sure how it makes sense to trust unknown people on the internet over Google-able people. But this is 2022 I guess.

For me, this is one of the hardest sells of crypto projects. Anonymous social media sites like the infamous Yik Yak have more instances of harassment and threats, compared to ones linked to real identities. This is called “the online disinhibition effect”.

While that tendency says nothing about the creators of Shiba Inu and other crypto projects, the number of fraudulent crypto projects out there is enough to make me cautious about projects that don’t put a face to the name.

Ultimately, my outlook on a meme-derived DEX is the same as my outlook on clothing memorabilia shops started by online celebrities. Khaby Lame, for example, the Tik Tok extraordinaire that made a name for himself by poking fun at people making life more complicated than it needs to be, like many others, has a full-fledged store with merch. That store allows him to better capitalize on his moment and is a great move for him. But these are niche and I personally am not in that market.

It's worth noting that some fad-driven celebrities are able to merge out and be more than just that moment, and these kinds of moves by SHIB are certainly the steps needed to be taken if it wants to be the meme-currency that could, but its long road ahead for the DOGE Killer.

IMPORTANT It is important to remember that, in the world of cryptos, names and symbols are not exclusive like they are in stocks. Names and ticker symbols can be copied and/or reused, so it is important that anyone interested in purchasing a crypto, double-checks to ensure that it is the correct one. The correct LEASH can be found on our site here, while the correct BONE can be found here.