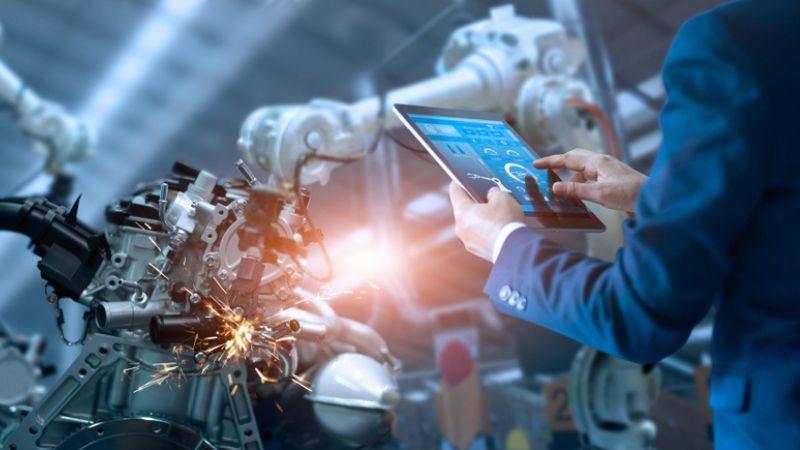 While persistent inflation, and the Federal Reserve's reaction to it, continue to push recession expectations higher, much of the economy continues to show strength.

Under the most-common definition of a recession, two consecutive quarters of declining GDP, the U.S. would have entered into a weird recession that added a couple of million jobs and saw expanding industrial production.

The National Bureau of Economic Research committee, which makes the official recession call, often well after the fact, defines it as “a significant decline in economic activity that is spread across the economy and that lasts more than a few months.”

According to Wells Fargo senior economist Tim Quinlan, the “economy has never been in recession when at least three NBER indicators rose during the month.”

Production is being slowed by supply chain bottlenecks, while income is being hurt by rising inflation. Meanwhile, employment is rising - with 11.3 million job openings and 5.9 million available workers - and personal spending continues to rise.

The most recent ISM Manufacturing Index update underscored this. New orders declined, reflecting a slowdown in demand, which is usual for “recession” times. But the backlog grew, as demand continues to outpace the ability to supply.

Further in the report, the employment index showed a slight contraction. For a normal slowdown, this would be a red flag as it would likely reflect layoffs. However, despite some highly publicized layoffs at brands like Tesla (TSLA), this contraction reflected continued hiring difficulties.

Most importantly in the report, the index of prices fell sharply. It continued to expand, but reached its lowest reading in two years and coincided with slipping commodity prices.

Company earnings have reflected a slowdown in some regards, particularly in online ad-related companies, which are noting a slowdown in demand for their services. However, second-quarter revenue growth has remained positive for all sectors in the S&P 500 and averages 12.3% for the quarter.

With revenues growing and jobs being created, it seems hard to be overly negative about the current situation. However, without some easing soon, inflation could start to drag on individual spending, dragging other indicators down to create a unique labor-filled recession.