Profiting from Communism? What U.S. Investors Should Know Before Buying Chinese Stocks 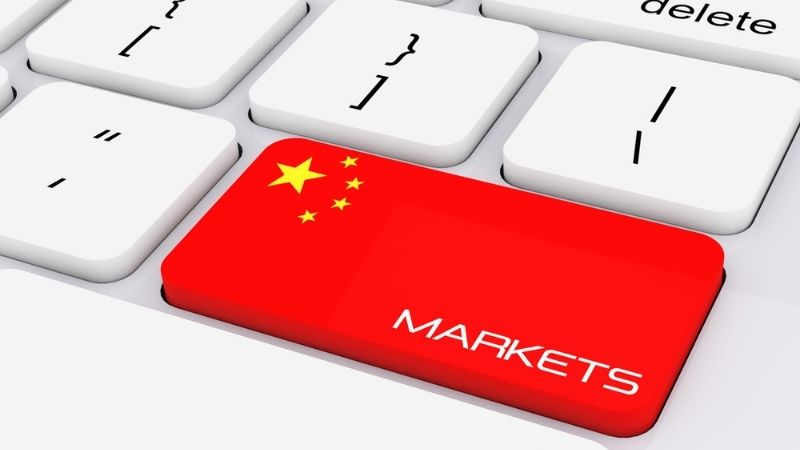 Chinese stocks have been some of the hottest stocks in the market over the last several years.

Big names such as Alibaba (BABA) and Tencent (TCEHY) and some more-recent IPOs like DiDi (DIDI) have raised billion of dollars from U.S. investors, and shares of a lot of those companies have done quite well.

Recently though, a lot of those stocks have hit a rough patch with the communist government of China changing rules or just making new ones to suit it's goals. Going forward, investors may have many reasons for being hesitant to invest in Chinese stocks.

What Investors Want vs. What China Wants

There have been several rounds of escalation by China against some of these companies. First, DiDi's ride-sharing apps were removed from the app store right after the U.S. IPO. Then, for-profit education companies were hit with a slew of new regulations. More recently, the Chinese media has referred to online gaming as “ spiritual opium” which prompted concerns about potential crackdowns and regulations on that industry.

Debates regulations of video games aren't peculiar to China, particularly when it comes to how much time children spend using devices. Many companies use gambling-type “loot boxes” and microtransactions that tempt young adults into spending large amounts of money on a game using their parents' saved credit card. The biggest question here is whether China views online gaming as a negative, neutral, or positive externality for its society.

Economic externalities are a well understood reality that in a socially efficient economy will change the price and quantity of a product. In a perfectly free market economy however, the external cost does not change the amount of something is produced and society either doesn’t receive any social benefit or doesn’t lower the production of something that negatively affects the country.

If online gaming, for example, produces a negative cost to society due to it being addictive or creating additional social problems, then a Communist list China may well see that activity and take action to limit or eliminate it. Conversely, a perfectly free market (which the U.S. is not by the way) will allow that activity to continue unchecked, without regard for the broader effects on society.

Beyond societal effects, China is also concerned with it's standing in the world. The online gambling and for-profit education don't really advance the government's desire to project power around the globe. The country may be interested in having capital flow into China to help develop electric-car manufacturing, drones or other industries that could help the country build up economic or military power (which may raise some other objections for U.S. investors). China is likely much less interested in building a large consumer software sector that serves to extract money from Chinese consumers on behalf of investors overseas.

What this essentially means for traders is that when investing in any Chinese stocks, investors should consider if the company produces a good or service that serves the interests of the Chinese government. if China decides that for-profit or online gaming are bad, then it has no incentive to consider the investments made by investors in the United States. Immediately after the Chinese media comment on video games, Tencent Holdings announced that it will consider ending it's kids games and saw its shares drop more than 7% on the news.

It isn't just about whether or not an investment supports China's international goals. Foreign ownership of Chinese companies is technically illegal.

The companies that have shares that trade in the U.S. have used a complicated structure where U.S. investors end up owning shares of (usually) Cayman Islands-based corporate shells that have some ownership of a Hong Kong-based company which itself owns a company based on the mainland, which is related to the actual operating business whose name is on the shares through a contractual relationship.

While China has yet to crack down on this structure, the recent moves against specific industries the government has decided no longer support its interests suggest the country could take further actions at the expense of foreign investors in the future.

Stock ownership is based on shareholders having some claim on the profits of the underlying company. So given this complicated structure, it is unclear if these companies would be allowed to return much capital to shareholders through dividends or other means.

Chinese stocks were among the hottest trends in markets several years ago, and a number of these stocks remain popular with U.S. investors. Investing in companies in other countries can carry all sorts of risks, but there seem to be some risks emerging that are unique to Chinese stocks, which, given the amount of money U.S. investors have put into these stocks in recent years, presents some potentially significant risks to a lot of U.S. portfolios. Investors should know the risks before buying any stock, but should also stay informed about what's happening with those stocks after they buy as new risks can emerge at any time, particularly when investing in countries where regulations can change with little notice.