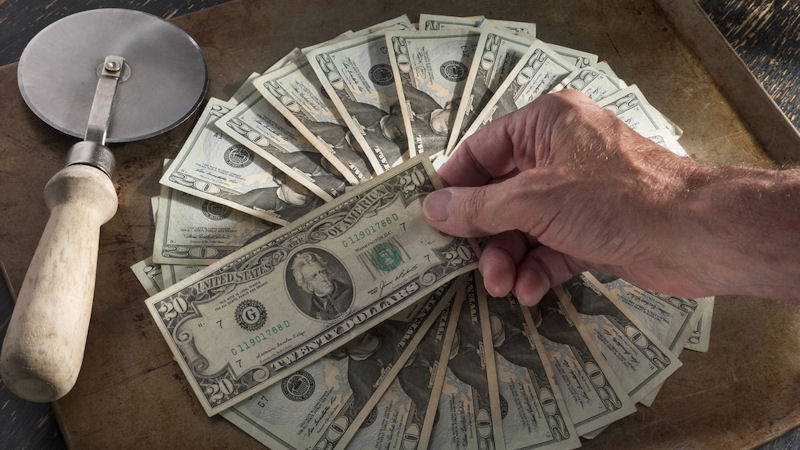 Earnings have been mixed this season with the market reacting negatively to quarterly reports from  many of the world’s biggest companies. The lack of growth and downside forecasts has not been limited to any particular sector or industry either with retailers, streamers, social media platforms, and many other businesses underperforming.

The most-recent culprit was perhaps the most damning when Snap Inc. (SNAP) shares fell more than 40% after its CEO Evan Speigel warned that economic conditions have only worsened since its earnings report in April. Rising interest rates, high inflation, supply chain issues, rising COVID cases in China, and the Russian-Ukrainian war are just some of the factors leading to slower growth for not just Snap but many companies. The comments by Speigel led to a drop in tech companies that heavily rely on digital advertising for revenue as Alphabet (GOOG) and Twitter (TWTR) fell 5% while Meta (FB) lost nearly 8% and Pinterest (PINS) dropped more than 20%.

However, digital advertising is just the latest area to be signaling worsening conditions as retailers disappointed last week with the likes of Target (TGT) and Walmart (WMT) both missing on earnings estimates as supply chain disruptions and inflation cut into both retailers profits. Target saw its shares prices fall 25% after the earnings call which featured some strong comments from CEO Brian Cornell.

During the company’s earnings call Cornell said, “We saw much higher than expected freight and transportation costs and a more dramatic change in our sales mix than we anticipated. This resulted in excess inventory, much of it in bulky categories, which put additional strain on our already stressed supply chain.” He added, “While we anticipated a post-stimulus slowdown in [apparel, home and hardlines] categories, and we expected consumers to continue refocusing their spending away from goods and into services, we didn’t anticipate the magnitude of that shift.”

The last part where Cornell mentions consumers shifting their spending habits from goods into services even more than expected is a crucial takeaway. Digital advertising relies heavily on selling goods such as apparel and other merchandise and is far less focused on selling services such as flights, hotel stays or even haircuts. There may be less discretionary spending as economic conditions worsen with high inflation and lack of growth but a bigger problem for many companies might be how people are choosing to spend any extra cash.

What are People Buying?

When COVID-19 hit, people spent far more money on computers, home furnishings and other goods that could be used to make remote life as entertaining as it could be during a pandemic. Streaming services were among the few non-goods companies that saw increased demand during this period. Even if consumers wanted to spend money on an elaborate vacation, they couldn’t due to domestic and international regulations that restricted many forms of travel. Fast forward to today and most quarantine measures have been lifted and even international travel is far easier than it was just two years ago. People don’t want to spend money on an extra streaming platform to watch movies at home because they’ve literally been doing that in excess for two years, they want to explore!

This shift in spending isn’t just happening now but it's growing stronger by the day. Furthermore, it is travel companies and streaming providers who are proving it. Netflix (NFLX) shares dropped more than 30% just a month ago following its earnings report in which it announced the loss of 200,000 subscribers in the first quarter and expected to lose a further 2 million in the second quarter. The loss of subscribers marked a first for the streamer in more than 10 years.

While many might point to increased competition as a reason for this loss, Netflix actually accounted for a higher share of total U.S. TV time in February 2022 than it had in May 2021. Still increased competition could account for a significant portion of its subscriber loss but the reality is people are spending less time watching TV and more time interacting in that weird outside world IRL.

In fact, Kayak flight trends signal that consumers are searching for flights at a higher rate recently, unsurprisingly as regulations are lifted and the coronavirus becomes less of a severe worry for most people.

A cooling off of the economy’s recovery rate from the pandemic is not exactly a shocking turn of events but the severity of consumer’s shifting in spending patterns has managed to surprise even those who were expecting it. People choosing to forego purchases of Peloton (PTON) bikes and instead buy a real bike to ride outside might have been expected as the world heals from the coronavirus pandemic but the change is affecting more firms than many might have predicted. From large retailers to streaming providers and advertising-based social media platforms, many of the biggest winners from the pandemic look like they’re in for a reality check of the return to a new normal.