Is it Time for Bargain Shopping or Cliff Watching? 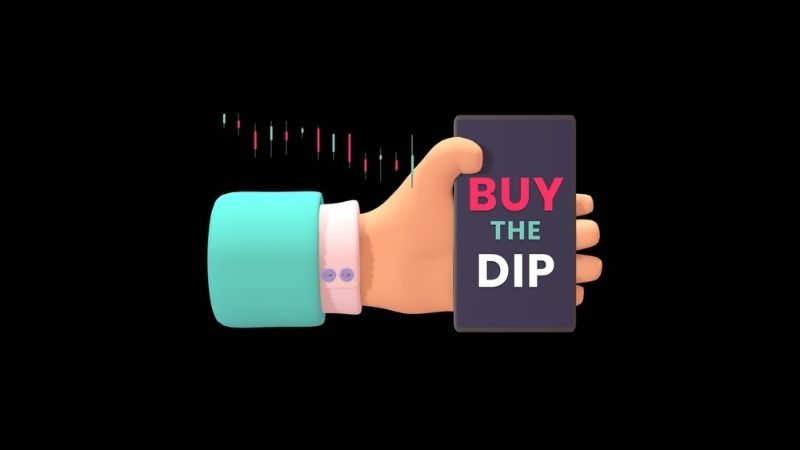 As stocks continue to fall after setting new highs on the first day of the New Year, a lot of bears are screaming “I told you so” as the stock market has begun to mirror some of their forecasts.

Now, we won’t be giving too much credit to those who feel that the current market has proven their boldest of claims right, as tumultuous predictions day-in and day-out for the better part of two years hardly screams “I was right” when you consider that the S&P 500 still remains 33.5% above its Jan. 1, 2020 level.

Investors are starting to stare at the deep red candlesticks filling their charts and are debating whether the current drop is anywhere near the bottom, or if there is still room to fall before buying the dip becomes an option.

On one end of the spectrum, we have chief market strategist at Crossmark Global Investments Victoria Fernandez who is eyeing buying opportunities in this “oversold condition”. Fernandez is looking particularly at cyclical and value stocks and points to the longer-term upward trend and “well behaved credit spreads”, saying that “there’s just going to be quite a bit of volatility.”

In Fernandez’s corner is a team from Oppenheimer that is looking for “babies that got thrown out with the bathwater.”

Either way, these and others are finding and consolidating with the value and cyclical stocks that are actually poised to benefit from the tapering of asset purchases, rate hikes, and the lack of an infrastructure bill that would have funneled funds into some growth stocks.

On the other side, there are grimmer headlines. Morgan Stanley’s Michael Wilson and Goldman’s David Kostin could fall in this category, with the former drawing from the Game of Thrones in a warning that “winter is here” for stocks.

Theatrics aside, Wilson pointed to PMIs and earnings revisions to say that there are “signs the slowdown is bottoming,” but ultimately that it's “too early to get bullish” as Wilson and his team believe that equity markets still have “quite a bit further to go”.

Goldman’s Kostin noted that earnings and guidance continue to disappoint early on in this earnings season. With a lack of noteworthy reports to reinforce price levels, the more hawkish shift by the Fed is worrying investors that the shift could dampen earnings growth, which was something that was already slowing for many stocks.

The team at Goldman said, “Investors will require a catalyst in the near-term to add length, but few obvious catalysts are evident in the near-term.” With likely no infrastructure bill and a scaling back of the other stimulus measures, we’d say the “catalyst” could only come from earnings, which seems unlikely at this point in time.

Morgan Stanley reiterated value stocks with a defensive bias, while JPMorgan’s team is finding European and U.K. stocks that are less susceptible to rate-hikes in the U.S. “interesting”. Either way, we are talking value.

Is the glass half-full or half-empty? Well, who cares. It's just a glass of water, and either way, the recommendation is value-over-growth.

Focusing on the headlines too much and not digging deeper can paint the wrong picture. Timing the market is one of the hardest things that investors can do, which is why dollar-cost averaging is a recommended method for investors.

Dollar-cost averaging is about buying stocks in a consistent interval in order to decrease the risk associated with trying to time the market. With each purchase order, your portfolio is less likely to represent a peak or trough. You trade some of the upsides away by not timing your dip-buying too much while simultaneously trading away some downside risk associated with buying at the peak.

One trap that retail investors consistently fall for is selling out of positions when things get scary. This might have happened Monday, as day traders sold a net $1.36 billion worth of stocks, mostly in the first hour of trading. Well, stocks finished that day somehow higher, and it is assumed that institutional investors were likely snapping up those shares sold by retail investors as there hasn’t been an active decline in net leverage, meaning fund managers aren’t yet unwinding positions, according to JPMorgan Chase analysts.

For those that like the risk associated with market timing and want to search for the babies that got tossed out with the bathwater, the key is to find those stocks which weren’t relying on the infrastructure bill or zero-interest rates or any other kind of narrative or stimulus measures for a bull-case.

The stocks that were going to win from the reflation trade, like value stocks, will likely bounce back better than those which rely on a pandemic-ridden world to drive user/subscriber growth. They also just have a better 2022 outlook in general.