Is Credit Suisse Having a Lehman Brothers Moment? 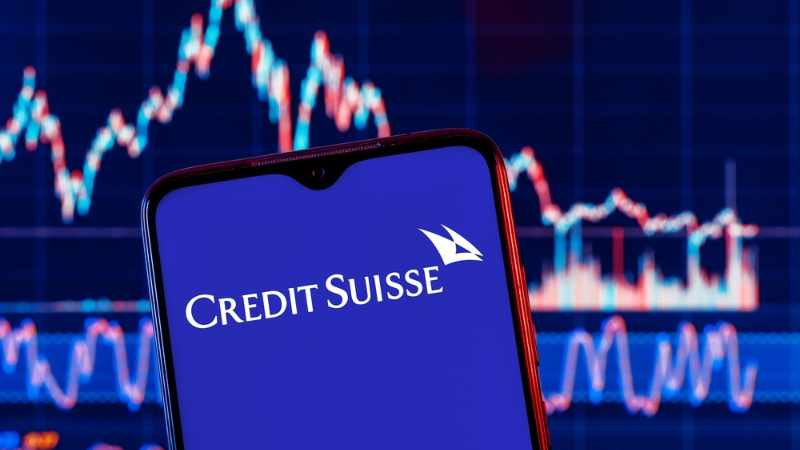 It’s not the next Lehman, or, at least, it seems highly unlikely to be.

However, the bank is facing some serious problems and could lead to serious market destabilization if it went under. The key reason it’s not the next Lehman Brothers is Credit Suisse is dealing with issues mostly brought upon by itself and is an isolated case as opposed to the beginning of a serious financial collapse among all the largest banks.

The Swiss bank has seen its credit default swaps skyrocket to their widest ever. CEO Ulrich Koerner attempted to calm employees and investors as the cost to insure Credit Suisse’s debt against default rose sharply. Koerner’s statements revolved around the bank’s liquidity and capital strength which originally fell on deaf ears as shares fell more than 10% but nearly recovered all losses with  analysts backing the CEO’s comments.

Still there remains massive uncertainty around the financial institution as the firm is set to unveil its new strategic plan towards the end of this month and has acknowledged it is at a “critical moment” in its business ventures. The company’s credit default swaps currently signal a 23% chance that Credit Suisse will default on its bonds within the next five years.

What Does This Mean for Credit Suisse?

Well it's not great.

Lower confidence in the ability to repay debts is generally unfavorable for businesses and especially so when the business in question is banking. A 23% chance to default on bonds within five years is far above normal and is way beyond Credit Suisse’s competitors. That’s the biggest problem for the bank after all, this isn’t appearing to be a market issue but instead a Credit Suisse issue.

More questions are being raised about the financial institution and customers are negotiating prices or going to competitors. Higher credit default swaps are just the latest string in a series of bad developments for the controversial company. A company that has dealt with drug money laundering scandals, the “Suisse secrets”, and the destruction of documents linking Russian oligarchs to yacht loans. All that has happened just so far this year. In 2021 it dealt with a $4.7 billion loss in its prime brokerage service to Archegos Capital and closed several supply chain investment funds linked to Greensill Capital while returning $5.9 billion to investors so far of the approximated $10 billion in totaled assets of the funds.

In short the company has been facing problem after problem the past few years and it is really starting to catch up with them. A higher cost for default insurance is only going to hinder them further with recent and anticipated actions from central banks not likely to help Credit Suisse, or other financial institutions.

What Does it Mean for the Market?

A Credit Suisse default certainly wouldn’t be good for the market, but the biggest difference between Credit Suisse today and Lehman Brothers back in 2008 is that Credit Suisse doesn’t look to just be the first in a series of dominos to fall to financial decision making. Instead the bank looks to be by itself in its current condition with few reasons to believe others will join them so soon.

There has been some conversation revolving around the Federal Reserve and other central banks' policy decisions' effects on credit markets. . Some analysts such as Komal Sri-Kumar, president of Sri-Kumar Global Strategies, believe that central banks will soon face a credit event similar to that of Lehman Brothers after trying to play catch up and rapidly raising interest rates to get inflation back under control.

The Federal Reserve and others waited too long to start tightening monetary policy in the view of many and are now trying to make up for that with a faster than previously anticipated rate of rising rates. The sudden upward pressure on rates could put global markets in serious risk with a major firm such as Credit Suisse defaulting only leading to more instability.

That being said, there is still minimal evidence of a major widespread credit risk and Credit Suisse being the next Lehman is a catchy headline but unlikely to occur. Central banks have raised rates dramatically but are also starting to signal a cooling down of rate hikes with money markets now pricing in a 4.5% peak in March 2023. Credit Suisse faces difficult roads ahead but they paved it themselves for the most part.