Is 2022 Finally the Year to Buy Value Stocks? 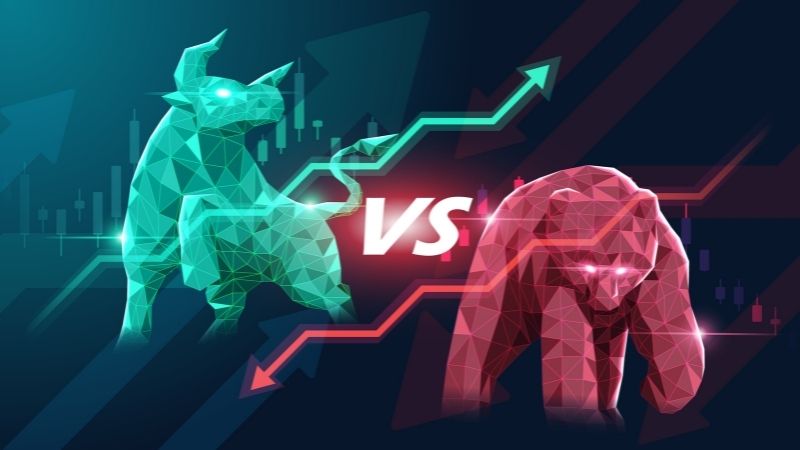 A year ago, as vaccines started to slowly roll out, investors began to shift their focus from high-flying tech and biotech stocks into value stocks as the reflation trade attempted to overthrow pandemic picks.

During this time, we wrote about how these value stocks were going through the classic Ugly Duckling transformation, where the typically nerdy main character takes her glasses off, lets her hair down, and shows the world how beautiful she is.

Netflix (NFLX), Zoom (ZM), Peloton (PTON), and many others, began to slowly fade during this time.

However, the Delta variant halted that narrative. Suppressing many reflation-trade companies to create a new trade.

In that trade, investors stayed skeptical of some Covid picks, like Peloton while inviting Netflix and others back into the group, which helped the streaming service set an all-time high in November. Meanwhile, energy, materials, and semiconductors all soared as shortages and an admittedly subdued reopening help boost those companies' fortunes.

Underscoring this shift in dominance is that 36% of the stocks in the Nasdaq, according to Ned Davis Research, and as of January 14, 2022, are 50% or more from a 52–week high.

This kind of widespread underperformance in the Nasdaq is typically found preceding a cyclical bear market. However, one must only really look at some of the names in the Nasdaq to understand why that might not be the case this time.

Peloton was added to Nasdaq-100, the largest 100 stocks on that exchange, in December 2020 and will be removed come Jan.24 of this year. The stock has had its fair share of bad news exacerbating a shift away from expensive workout equipment that also come with high monthly subscription costs after purchase. Share are now about 82% off of their high.

Oh, and the ARK Innovation ETF (ARKK), a former rockstar collection of speculative tech stocks, further underscores a shift from growths as it remains 51.67% off its 52-week high.

All of this is to say, the tech and biotech stocks that really kept the powered the initial phase of the market's recovery have lost a lot of momentum, and value, more recently.

So is it Value-Stock Time?

Ultimately, unless we are throwing traditional valuation models out the window altogether, the shift has to come eventually.

Many tech stocks have captured the attention of investors despite slowing revenue growth in recent quarters. A lot of this has been accompanied by an annoying amount of NFT projects, a ton of high-flying acquisitions, and weekly press releases about the metaverse.

But the attention given to these pushes is waning. There is ample backlash against new NFT projects, especially in the gaming industry, as they have quickly evolved from digitally rare art to the easiest money grab in the world.

This notion is shown through a 20% reduction, month-over-month in net allocation to tech stocks, falling to just 1% of total allocations. This is the lowest point since 2008.

This is why the current earnings season could be a make-or-break scenario for tech stocks. With the Fed looking ever-closer to raising interest rates, valuations for some of these companies are likely to get cut.

Unfortunately for tech investors, forecasts the fourth-quarter was weak for a lot of these stocks.

According to Bloomberg Intelligence Equity Strategist Michael Casper, “Earnings is of the most importance right now to maintain the balance with rates moving higher,” continuing that “It is critical that these companies hit or beat estimates just to tread water.”

But, according to Stephen Hoedt, the managing director of equity research at Key Private Bank, it’s unlikely that we will see "the same level of beats."

Whether the same level of beats occurs or not, a lot of it is going to come down to the sentiment surrounding the reports, and CEO comments about the growth picture may be more important than ever. It’s possible that these estimates are too bearish and a bunch of earnings beats are on the way.

Given the current flight from the space, investors will need convincing, balance sheet aside, that there is still steam in the engine as beating bearish estimates will likely seem less compelling to investors this time around.