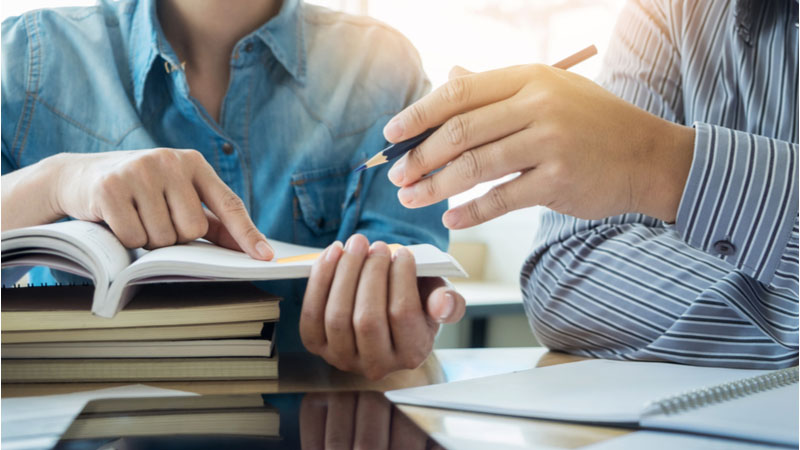 On Wednesday, Aug. 24, the Biden White House unveiled a three-part plan aimed at addressing the student debt crisis in the U.S. Currently, student debt affects 43 million borrowers and exceeds $1.7 trillion, according to the Fed, with only mortgage balances taking the number one spot in terms of household debt.

The plan announced by President Biden has varying estimates, with most analysts calculating a cost of $300 billion. Its main stipulations include forgiving up to $10,000 of student loans for anyone earning under $125,000, as well as forgiving another $10,000 for recipients of Pell Grants, a student-aid program for low-income families.

While it's generally agreed that the student loan relief would provide younger households with more spending power, the plan also provides a timeline to restart payments that had been suspended since the emergence of Covid-19. Biden's announcement says, "Borrowers should expect to resume payment in January 2023."

The White House's relief program has proved highly controversial in Washington, and it's no surprise that the debate on the plan's merits has centered around the potential effect it will have on inflation.

The recent year has seen a surge in food prices not seen since 1979. Rents are skyrocketing,  gas prices remain well above average, and mortgage rates have hit record levels.

To make matters worse, Fed Chairman Powell recently warned the anti-inflationary measures taken in recent weeks, such as higher interest rates and a softer labor market, would "bring some pain to households and businesses."

Congress even went as far as to pass the Inflation Reduction Act in August, a move aimed, in theory, at lowering prices in many key sectors, such as the pharmaceutical industry and healthcare.

So far, politicians seems largely split on party lines as to whether Biden's student loan relief will exacerbate inflation, with Republicans opposing the measure and Democrats supporting it.

Below are some of the arguments for and against the measure in terms of inflation.

The Pro-Relief View: Inflation Will Not Rise

1.) The Small Value of Debt Payments

Despite the perceived high price tag of the loan forgiveness program, proponents of the plan believe that the value of the reduced debt repayments is so small that its affect on inflation will be negligible.

These advocates point to the way that budgeting practices for credit programs like student loans are recorded. According to them, the government and budget analysts calculate these figures through “the present discounted value of foregone payments,” which measures the value of a program through its total cost across all future years, not only this year.

According to Joseph Stiglitz, a professor at Columbia University, this accounting practice "can be an appropriate for thinking about the government’s long-run balance sheet, but it is a very poor guide for understanding what actually happens to people’s spending."

As a result, Stiglitz believes that the actual cost of the forgiveness will amount to tens of billions of dollars this year, not hundreds of billions.

2.) The End of the Forbearance Period Will Lead to Less Spending

Another key argument for Democrats is that Biden's Executive Order will not just cancel student debt, but it will also restart payments at the beginning of next year.

Although there are still four months left until January, the resumption of student-loan payments means borrowers will have less money in their pockets in 2023 and will have to put funds towards their student loan balances for the first time in more than two years.

This will also cause borrowers to tighten spending in other areas, with the net result that less money will be entering the economy - leading to a deflationary outcome.

3.) The Highest Earners Will Pay the Most

The Biden Administration has also made clear that the majority of the student debt relief will go towards those who have the hardest time paying off debts. These include lower income individuals, who often did not get advanced degrees, and who will have to pay around $200 a month when the moratorium ends.

So while lower-income individuals will have much of their debt wiped out when payments resume, individuals with higher degrees, like doctors and lawyers, are going to start paying hundreds, if not thousands, of dollars more every month.

Previously, these higher earners, whose spending contributes far more to inflation, had been directing this money to personal costs. Now it will have to go towards student loans.

The Anti-Relief View: Inflation Will Rise

1.) The Moratorium on Loan Repayments Will Continue to Be Delayed

As previously mentioned, defenders of Biden's relief package maintain that the president's plan is actually deflationary because student loan payments restart in December. While even critics of student relief hold this to be true, they are not convinced that loan repayments will start on time.

Looking back at the forbearance timeline, the original moratorium was announced in March 2020 and slated to expire in September 2020. Trump extended it twice - once to December 31, 2020 and then a second time to January 31, 2021.

Critics maintain that with Biden's past willingness to delay repayments, there's no guarantee that the January 2023 date will be met. In all likelihood, the economic situation will be worse in January due to the Fed's rate hikes, giving Biden further reason to put off payments.

2.) Students Will Spend Their Money Now

Other critics of the executive order maintain that borrowers receiving government funds will be more likely to spend them immediately since they know that prices are rising.

Since it's more likely that inflation will continue to rise in 2023, critics believe students will rationally seek to avoid the loss of value of their spending power due to inflation.

3.) This May Not Be the Last Spending Round

Much like the first argument, many critics of Biden's proposal believe that this relief package will not be the last.

The Committee for a Responsible Federal Budget recently estimated that the total amount of student loan debt would return to $1.6 trillion four years after the $10,000 per borrower was canceled.

Since the Biden administration has now deemed this level as a crisis, there is no reason that there won't be another bailout in 2026.