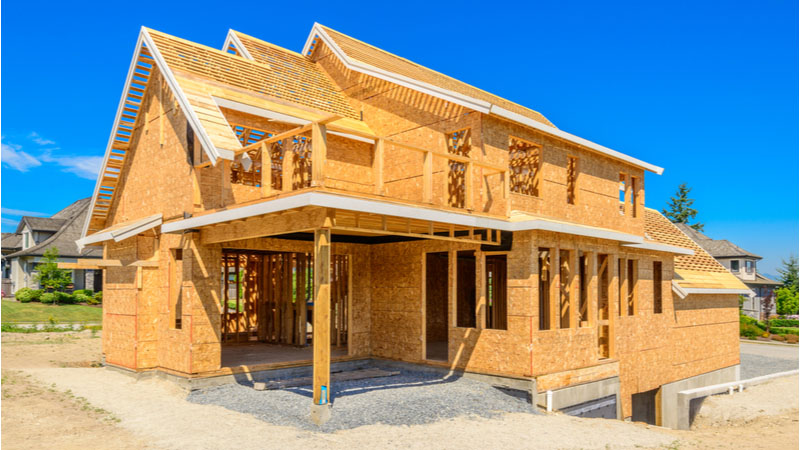 It's a strange time in the U.S. economy.

While 428,000 new jobs were added in April, leading to a staggeringly low unemployment rate of 3.6%, many consumers report being dissatisfied with current economic conditions and are souring on their financial future. According to a recent CBS News poll, 69% of those polled said that the economy is bad, and an even higher number (77%) said they were pessimistic about the costs of goods and services in the next few months.

The lack of faith in the economy isn't limited to the public. Various analysts are now predicting the possibility of an economic pullback, with Lloyd Blankfein, the former chairman and CEO of Goldman Sachs, recently saying that there was a "very, very high-risk factor" that the U.S. is headed for a recession.

Much of the pessimism going around is due to rising inflation and a stock-market slump. Not only are Americans' paychecks not going as far as they used to, but the markets where they've invested their money have fallen.

Cryptocurrency, which many touted as a hedge against inflation, recently entered a "crypto winter" as Bitcoin and other tokens shed more than $230 billion in market cap last week.

Stocks have also been dismal. The S&P 500 is down around 19% from its January close - just 1% shy of the official marker of a "bear market."

Even the U.S.'s largest companies have been affected. The retail giant Walmart's stock dropped 11% on last Tuesday even after reporting a 2.4% sales increase. Amazingly, the $141.57 billion in sales was not enough to offset its product and labor costs, which caused net income to fall 25% year-over-year.

The housing market has not been immune to the growing feelings of unease. Early last week, The National Association of Home Builders (NAHB) reported that its housing market index, which measures the sentiment of builders of single-family homes, dropped eight points to a score of 69 in May - the fifth straight month that builder sentiment has declined.

To make matters worse, May recorded the lowest reading since June 2020. NAHB Chairman Jerry Konter stated the obvious when he commented, “Housing leads the business cycle and housing is slowing."

Much of the slowdown in the housing market can be chalked up to severe shortages of key building materials, which have caused construction delays and pushed back completion of many homes.

Buildertrend, a company that provides construction software management for homebuilders, reported that their proprietary customer data showed an average of 46.8 days of delays across an entire job in 2022.

Window, door, and framing materials have caused the most delays, with roofing and siding supplies also contributing the slowdown in home completions.

The agency's April release showed privately?owned housing starts during the month were at a seasonally adjusted annual rate of 1,724,000, far outnumbering the number of completions, which came in at 1,295,000.

The housing industry has also been plagued by widespread labor shortages, with some insiders saying that the situation has reached a "crisis level."

According to report at the end of 2021 by the Home Builders Institute, 740,000 new construction workers will be needed each year for the next three years to keep pace with construction demand.

Ed Brady, CEO of the Home Builders Institute, said during a press conference at the International Builders’ Show that "the construction industry needs more than 61,000 new hires every month, if we are to keep up with both industry growth and the loss of workers either through retirement or simply leaving the sector for good.”

“From 2022 through 2024, this total represents a need for an additional 2.2 million new hires for construction. That’s a staggering number.”

Homes Are Getting Too Expensive

In a normal economic environment, it common for analysts to view rising home prices as a sign of strength. In an inflationary environment, however, higher prices can be a worrying indication that inflation has reached the housing sector.

The median price for a home sold in April hit an all-time high, forcing first time home buyers to put off their purchases until they had saved more.

Mortgage rates may be the most important factor to consider when analyzing housing sentiment as lower rates incentivize buying and higher prices.

After being low for much of the pandemic, the Fed's effort to reign in inflation has pushed rates sharply higher.

In a Gallup poll at the beginning of the month, just 30% of Americans say now is a good time to buy a home, down 23 points from a year ago.

The survey also marked the first time the percentage dropped below 50% positivity rate since the company began asking the question in 1978.

Speaking on the phenomenon, NAHB Chief Economist Robert Dietz, commented, “Building material costs are up 19 percent from a year ago, in less than three months mortgage rates have surged to a 12-year high and based on current affordability conditions, less than 50 percent of new and existing home sales are affordable for a typical family."