Here's What to Watch in the Year Ahead for Cryptos 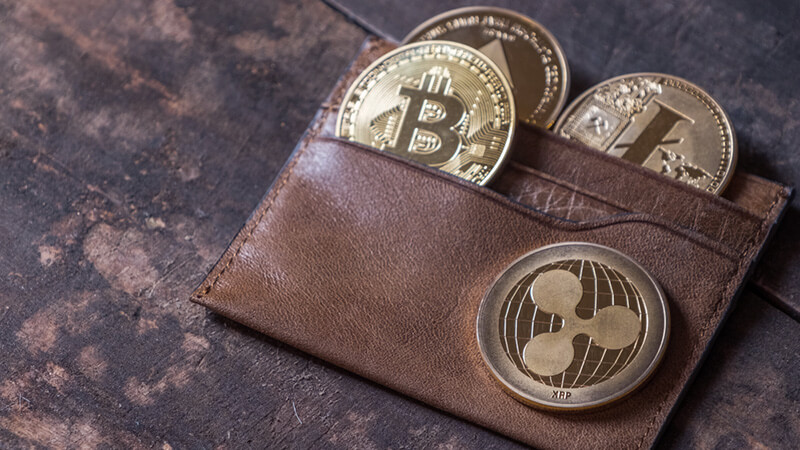 Over the last year, the sentiment surrounding the crypto market changed drastically.

The space grew wildly in popularity, evolving from the Bitcoin show into one of digital art, land-lords, and celebrity-endorsed crypto exchanges as Bitcoin underperformed the crypto market as a whole. BTC still rose 95% over the year though, so take that S&P (+26.51%)…

NFTs became a digital flex, Lionel Messi, Odell Beckham Jr., and others accepted cryptos for a portion of their salaries, Miami and New York City entered into a race to become crypto’s capital, Bitcoin ETFs got listed on the stock market, China came at cryptos, and El Salvador began accepting Bitcoin as legal tender.

All-in-all, it was a big year for cryptos filled with ups and downs. But enough of the past year, let’s talk about the next one.

In 2022, cryptos will face some of its biggest tests yet as increased social and institutional acceptance, coupled with goals for greater government oversight, all take aim at the crypto space which has set high expectations on itself.

One of the things that may be on the horizon for cryptos in 2022 is increased regulatory oversight. In 2021, it became (even more) evident that governments can and will stamp their authority on cryptos as China outright banned all crypto activities and Coinbase halted its interest-earning lending product Coinbase Lend.

Regulation in the crypto space is often thought of as a huge negative for cryptos, but there are unsung benefits that come with oversight. Crypto enthusiasts fear regulation as it is an attack that could stifle innovation and hurt its ability to grow. But it can also add a lot of value to the space.

The first major positive for regulation is that it will certainly add investor protection. From hacking to fraud/scam projects, bankruptcy to unsuccessful bids for an original copy of the U.S. constitution, regulation could help alleviate the fears held by the other 84% of people that aren’t yet invested in this space.

In addition to providing peace of mind to retail investors, institutional investors could gain confidence in the space through stricter laws governing the projects. Theoretically, an institution could find itself under investigation if it unknowingly invested in a project tied to criminal activity.

Getting more people and institutions invested could do wonders for the crypto space, as volatility would begin declining as an individual whale’s ability to make a splash would get drowned out.

Furthermore, this can help to prevent future rug pulls, like what happened with the Squid Game coin, where the creators quickly drained liquidity after it became popular - effectively dropping the price to zero.

This is where know-your-customer (KYC) and other similar procedures could really shine. Coinbase and Crypto.com, among other major crypto exchanges, require an ID to create an account and have stricter requirements for projects in order to get listed.

Lastly, a potential bank run on stablecoins could see investors not be able to withdraw funds. In the case of Tether, a lot of its backing is done through short-term debt, meaning there is no guarantee that there is enough cash to handle a large number of swaps at any moment in time.

While the positives are important, the negatives can be bad as over-regulation can stifle innovation and place too much of a burden on crypto investors.

No matter what, crypto markets won’t appreciate or welcome regulation right-away, so expect a strong dip if it comes.

This leads me to my next point. The outlook going into next year for the flagship crypto is looking less than ideal.

One of the main use-cases for Bitcoin is its ability to act as a hedge against inflation. With the Fed becoming increasingly hawkish, that value proposition will be less than compelling for some. Factor in a potential knee-jerk reaction to regulation and there could be some steep(er) red candles coming our way.

There is an undeniable difference between the coming year and 2018’s crash, as institutional investors are much more interested in the space. But let’s not kid ourselves, the dot-com bubble was not prevented by more companies announcing name changes that contained “.com” and being interested in the internet. Instead, many high-flying stocks “that were caught up in the wave of investor enthusiasm for the latest technology” failed and went bankrupt.

Todd Lowenstein, chief equity strategist at Union Bank’s private banking arm stated: “Without question, Bitcoin’s price chart appears to track many historical asset bubbles and busts and is carrying a ‘this time is different’ narrative just like other bubbles.”

While a Bitcoin crash would likely ripple through the crypto market, it might ultimately serve to forever lessen the extent to which Bitcoin dominates the market.

Considering how Ethereum and other - similar - blockchains are able to host ecosystems of dapps, dexes, and just about every other kind of blockchain project, it kind of makes sense that a standalone gold-wannabe would wane out of dominance and favor. Just 10.8% of Americans hold gold, so it seems unlikely that its dominance will last.

Everything exciting about blockchain technology can happen on the Ethereum network, from payments to smart contracts and DAOs. The same can’t be said about Bitcoin.

Carol Alexander, a professor of Finance at Sussex University stated: “As retail investors begin to realize the dangers of trading bitcoin, especially on unregulated venues, they will switch to … other coins belonging to blockchains which actually serve an essential and fundamental role in decentralized finance.”

Last but not least, crypto could start to truly see blockchain technology adopted by major corporations.

Kickstarter announced a few weeks back that it will be transitioning to the blockchain. While we are still waiting on that whitepaper, and details are scant, this is kind of the first real company to dive headfirst into the blockchain and restructure itself from the bottom-up to utilize the technology.

The little bit that we know is that it will run on the Celo blockchain, which is a mobile-first, carbon-negative blockchain that focuses on using phone numbers as public keys in order to introduce the billions of smartphone users to crypto transactions.

Fully adopting blockchain technology is an important next step for the crypto space. We don’t really have a ton of these in the queue, so it will be interesting to see if others soon follow.