Has the Stock Market Gotten Boring or Just Returned to Normal? 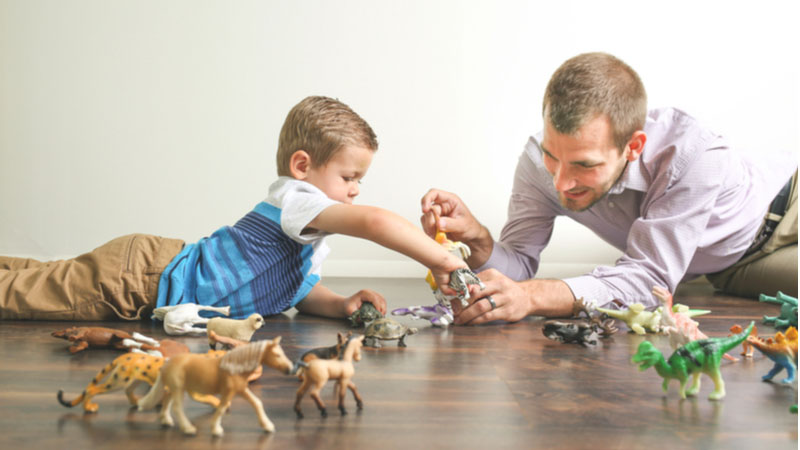 It’s the 21st century and the entire market seems like it revolves around a few cryptocurrencies and meme stocks as Reddit and other social media have taken over the investing world. Not far behind are the Tesla (TSLA) cultists that are holding until a literal Model 3 flies to the moon.

However, in reality the second half of 2021 is going down a far more typical and boring path than the first half of the year would have suggested. Traders are moving off the hot trendy picks from earlier in the year and going back to blue chip standards for the longer term play. Stocks such as GameStop (GME) and AMC Entertainment (AMC) have lost much of their momentum while Microsoft (MSFT) and Costco (COST) continue to rise.

This trend is most clearly evident when looking at exchange traded funds (ETFs) as “boring” value and dividend based funds are outperforming sexier picks such as ARK Innovation (ARKK). ARKK is far below where it was early in the year when meme stocks were the center of discussion and dog-themed cryptocurrencies were the future.

Now ARK Innovations and many other “shiny” funds have traded mostly flat over the past six months while something like the Vanguard High Dividend Yield ETF (VYM) is up 15% so far this year. Meanwhile, the Value ETF Vanguard (VTV) is right there with VYM hovering around a 16% gain in 2021.

This kind of transition to  stocks that investors have been betting on for years is not much of a surprise as few expected the majority of traders to hold assets like Dogecoin or GameStop stock long term. Markets were highly speculative earlier in the year as uncertainty was high with vaccines just starting to be distributed and the economy far earlier in its recovery from the pandemic. That’s not to say there aren't still some bubbly corners of the market today, but investors are gradually moving back to old-time favorites that can be held as longer-term investments.

Not All Boring Stocks Are Up

That being said, it's not as if all the big names are now trading higher in recent months. here is far less correlation between stocks now then there was at the beginning of the year.

In more extreme market conditions stocks tend to have stronger correlations with each other as traders engage in massive selloffs, such as when a new virus leads to shutdowns of sports leagues and eventually entire economies.

Similarly, investors trying to buy the dip generally leads to most stocks rising as traders pour back into the market. Some stocks may lag behind due to industries (cruise lines during a pandemic for example) but many trade along with the overall market.

Now during less extreme conditions have arrived the recent trading patterns between some of the biggest stocks are far less correlated even for those in similar industries. Apple (AAPL) and Microsoft traded mostly in line during the pandemic up until February this year when MSFT continued to rise and AAPL flattened. Even Costco and Walmart (WMT) broke off from similar trading patterns in March as COST stock steadily rose while WMT has seen mixed trading over the past six months.

Even when looking at the Vanguard High Dividend ETF the stocks accounting for the highest percentage of assets in the fund have very different charts recently. The three top holdings in that fund: JP Morgan (JPM), Johnson & Johnson (JNJ), and Home Depot (HD) have completely different charts in 2021 and are all mostly around where they were in April, but they have taken wildly unique paths since then to end up at a similar price from six months ago.

All this to say, markets seem to once again be favoring the more traditional stocks that have been huge winners in the past, but choosing which particular ones are going to rise next is a crapshoot.