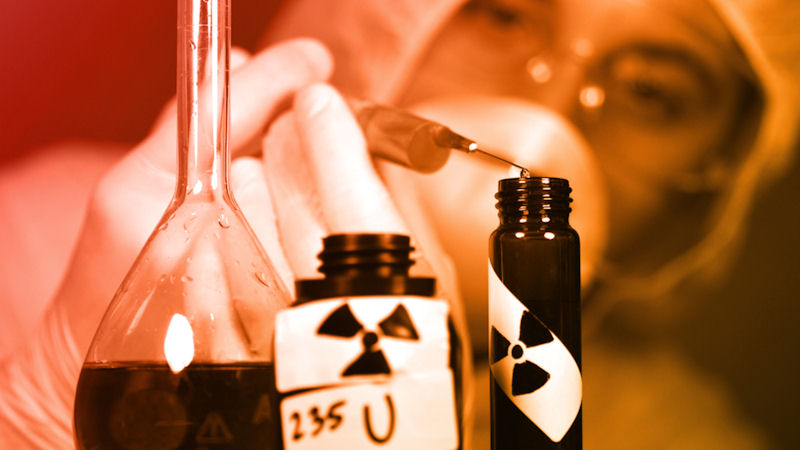 The Russian invasion of Ukraine in February has led to serious ramifications for global financial markets, with supply chains, food prices, and the stock market all being affected.

However, it has been the energy sector that has fared the worst since Moscow's "special operation" in Donbass. In February 2022, Russia was the largest exporter of natural gas in the world, and its exports accounted for up to 40% of all natural gas used by the EU.

Germany has long been a key energy client of Vladimir Putin's regime, with an estimated 21 million households, half of the country's total, heated with Russian natural gas.

Nearly all of this natural gas flows into Germany through the NordStream pipeline, a collaboration with Russia that since 2011 served as a brilliant investment that enabled its citizens to enjoy affordable energy.

Despite a promising start, the relationship between the two European powers has soured after Germany and a host of other European nations joined the U.S. in sanctioning Russia early in the year.

Putin's government retaliated by slashing gas exports through the pipeline by 60% in July.

On Friday, Russia cited a vague technical problem to shut down the NordStream pipeline just hours after the G7 agreed to impose a price cap on Russian oil, and it's unclear when service will be resumed.

The move has caused further alarm among European politicians and energy experts, some of whom have predicted gas rationing and cutbacks to meet energy demand this winter.

Russia's actions in the past few months have led many countries to reconsider their dependence on natural resources controlled by hostile nations.

As a result, governments across the world have announced plans to broaden their energy footprint to include nuclear power sources.

At the start of 2022, nuclear energy provided around 10% of the world's electricity from about 440 reactors in 32 countries, according to the International Atomic Energy Agency.

The UK recently announced that ministers and other government officials will be handed new powers to fast-track "nationally significant infrastructure," such as nuclear power plants.

In late July, the UK approved a major new nuclear power station called Sizewall C, which will be located on England's eastern tip and provide clean energy for up to 6 million homes.

The new plant comes amidst an energy crisis for the island nation, which has featured skyrocketing electricity costs that have forced many pubs and small businesses to close permanently.

On Aug. 24, Japan announced a stunning policy reversal when prime minister Fumio Kishida revealed the country would transition back to nuclear power after ten years of shutting down plants.

Since the devastating earthquake and tsunami on March 11, 2011, which consequently triggered the Fukushima nuclear disaster, Japan has shut down 27 of its 33 nuclear plants.

But the global energy crisis, blackout scares in Tokyo earlier in the year, and the desire to meet carbon emission goals has caused Japan to rethink its energy program.

Like Japan, Belgium has also expressed plans to reverse its nuclear energy policy, with the country initially scheduled to shut down its last nuclear power plant in 2025.

Now the government wants to extend the lives of its two newest reactors, Doel 4 and Tihange 3, with a potential restart date in November 2026.

Belgium has reached an initial agreement with French utility group Engie to extend nuclear power by ten years, and aims to negotiate a full contract by the end of the year.

Speaking on the agreement, Energy Minister Tinne Van der Straeten said the move was an attempt to wean the country off Russian natural gas.

"It has become clearer how much energy is a matter of national security," she added.

France has long been known as a leader in nuclear energy, with 71.67% of the country's energy coming from nuclear power in 2018, the highest percentage in the world.

In 2014, France's government took steps to implement a nuclear reduction plan that would've seen the country's nuclear footprint reduced to 50%.

The plan was ultimately delayed and then scrapped altogether, which seems fortuitous in the light of recent global events.

Just two weeks before the Russian invasion in February, French president Emmanuel Macron announced plans to ramp up France's nuclear program through a "nuclear renaissance" that includes building six new reactors, with a potential for eight more later on.

Currently, only 32 of France's 56 nuclear power plants are operational. Technical issues and extreme heat caused plants to be taken offline at the beginning of August, but Macron has pledged that all reactors will be fully operational by winter.

While a majority of European countries are in agreement that restarting nuclear power is essential to stave off the growing energy crisis, Germany's Green Party has raised opposition to extending the lifespan of the country's nuclear plants.

Germany's Foreign Minister Annalena Baerbock has said it would be "crazy" to keep the country's three remaining nuclear power plants open through 2022 because Germany has fought so long and invested so much in getting out of nuclear power.

However, in late July, Chancellor Olaf Scholz signaled his government wanted to wait for the results of a comprehensive "stress test" before deciding whether to stick with the phaseout.

Germany may have no choice but to keep the power plants open. As an editorial in the Swiss publication Neue Zürcher Zeitung  stated, “If the Federal Republic shuts down its last three nuclear power plants, this winter of all times, then the country is beyond all help.”

India currently operates a total of 22 nuclear reactors, but the world's second-most populous country plans to triple its nuclear capacity over the next 10 years.

The Indian government's initial goal is to build ten nuclear power plants over the next three years.

India's reason for its energy transition has little to do with reliance on Russian energy - instead the country wants to diversify away from coal, its main power source, and reduce pollution in its cities.

At the COP 26 climate summit in Glasgow in November, prime minister Narendra Modi also pledged that the country would achieve net-zero emissions by 2070.

At the end of 2021, the United States had 93 operating commercial nuclear reactors at 55 nuclear power plants in 28 states.

Despite the large presence of nuclear power in the U.S., various states have attempted to curb nuclear power output in recent years.

California, in particular, has been battleground for the nuclear debate, with the state government, including governor Gavin Newsom, advocating for the closure of Diablo Canyon, the state's last remaining nuclear power plant, by 2025.

In recent months, however, Newsom's stance on Diablo Canyon has flipped. Newsom recently introduced a bill to keep the plant open, citing the "unprecedented stress" on the state's energy supply.

Newsom's reversal could signal a switch in the U.S. nuclear energy output, which has been on the decline for the last decade.