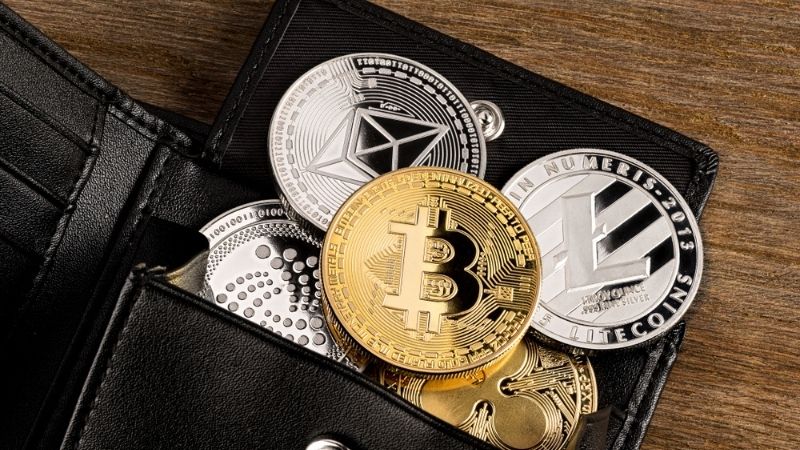 GameStop launched a self-custodial crypto wallet, that can currently be used as a Chrome web-browser extension, and will later be available on the Apple App Store. Currently, users can connect to the Ethereum blockchain and its decentralized applications, and, starting sometime in the second half of the year, will be able to connect to the GameStop NFT marketplace.

The self-custodial wallet means that users are in charge of managing their own security phrases, passwords and etc. as the user is in full control of the wallet. This wallet is similar to the wallet launched last week by Robinhood (HOOD).

State of the NFT Marketplace

Given the current state of the crypto and NFT market, you’d be hard-pressed to find anything nice to say about it.

Using “TheBlock” you can see a clear erosion in about every category.

Weekly trade volume and weekly NFT sales by category show interest waning. In the last few weeks, there have been around 350,000 sales per week, which is well off highs of 1.05 million sales during the week started Oct. 31, 2021.

The pro-argument for the latest leaps into the NFT realm by companies is that this will effectively onboard swarms of people into the NFT world.

eBay, for instance, has over 159 million active users. NFTs - as a whole - were traded by only 360,000 people in 2021 - and just 9% of those people held 80% of the market value. Without a doubt, eBay just putting Gretzky NFTs on its site opened the space up to a massive new market.

Further, the video game industry is one of the largest potential markets for NFTs as it would empower users to have true ownership. But, the gaming community by and large does not want NFTs in games. So maybe, just maybe, GameStop’s brand could sway public opinion more in favor of the company.

Sure, massive onboarding and potential brand-related trust could be massive for NFTs. But, let's turn the noise down and listen to the market.

First off, eBay, GameStop, and Robinhood are far from market leaders. Every single one of those stocks has fallen massively alongside NFTs as retail interest diminishes. In fact, all of them were at or near a 52-week low at the time of writing.

While the market is certainly struggling, the stock market is not at 52-week lows. That territory is almost exclusively reserved for tech stocks that soared too close to the sun during an influx of retail investor interest during the Covid-19 pandemic.

With such low interest in both these stocks and the product they just launched, it's hard to imagine these companies getting much of a lift, especially since “markets don’t value” this kind of product, according to GME-bull Joe Fonicello.

With Bitcoin’s correlation hitting 0.92 (which means that it's almost perfectly correlated with the Nasdaq), it's hard to see this being the necessary corporate adoption that we talked about before as the catalyst to pull cryptos out of their current funk.

Perhaps in a strong growth market, this would have grabbed people’s attention and would have onboarded swarms of people, introducing them to the world of cryptos.

But, places like Target (TGT) are expecting consumers to continue “refocusing” spending on services rather than goods. Further, rising interest rates and inflation will continue to dampen the consumers' ability to spend.

At the end of the day, it feels like volatile companies further aligned themselves with volatility and retail investors, rather than creating anything that would diversify it away from current market conditions.