Forget Rivian, Is Foxconn the Real Threat to Tesla? 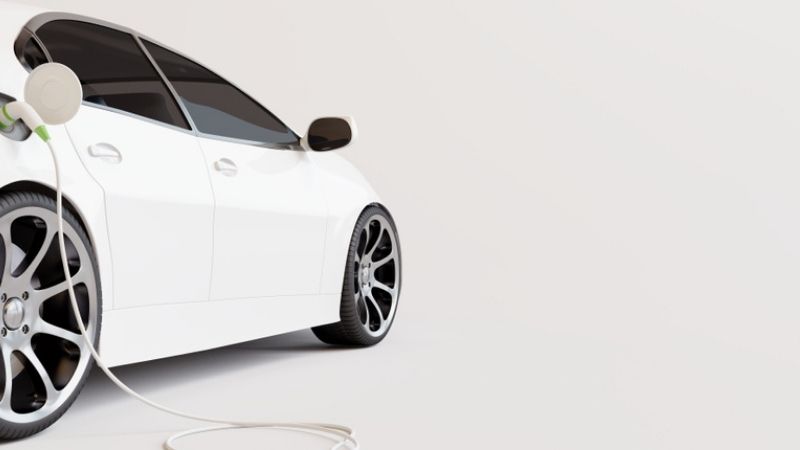 Rivian (RIVN), Nio (NIO) and pretty much any and every other EV startup that isn’t Tesla (TSLA) have at one time or another been labeled the “Tesla Killer” by analysts and their own marketing departments.

These allegations over a metaphorically homicidal auto manufacturer come as investors’ appetites for a true competitor to Tesla grows and everyone from legacy automakers to new startups enter the ring for an epic Royal Rumble to decide the future of personal transportation.

And while these companies are great and the assertion that  a few companies will win out seems legit, but something feels off about who the winners will and won’t be. The narrative today assumes a conventional future to an industry that got its start by being anything but ordinary.

Electric vehicles, the quick and quirky, AI-powered computer on wheels got their start and made their name by pushing the boundaries of what a car could be. This has been accomplished by creating a safer cabin that has been shown to reduce driver and passenger injury claims by more than 40% and building software that - when enabled - drives nearly 10-times the number of miles per accident (1 crash in every 4.41 million miles in a Tesla on Autopilot compared to an overall average of 1 crash every 484,000 miles according to the most recent NHTSA data release).

Oh, and of course the addition of games, Netflix, and other streaming services, as well as exterior speakers that can turn your horn's honk into a fart or play the Darth Vader theme song, are all less than conventional innovations that have helped make EVs not just cars, but extensions of one's personality.

The nuance here is weird, so let me explain.

Foxconn, the assembler of the iPhone and just about every other personal electronic device that you own, recently unveiled three new EV prototypes. These prototypes have open software and hardware platforms, making these prototypes kits, or reference designs, examples to other companies (cough, cough, Apple) of what Foxconn could build for you.

Basically, these vehicles are intended to be sold to another company or individual, who will add things as they see fit - such as a brand, a paint job, comfier seats, and a bigger screen- and boom! The feat that gave Musk and everyone else so much trouble, creating a market-ready EV, just got so much simpler.

So what if the winner of EV Royal Rumble is a factory (or two, we see you, Magna)?

Well, that seems just about as disruptive as it can get, which sounds like EVs to me.

Supply chains for cars are extensive and extremely difficult to build and maintain over the years. While yes, somebody has to do it, Foxconn and Magna will have to create an extremely strong supply chain in order to win contracts, they just might have a few massive advantages over more traditional carmakers.

First and foremost, there is the simple fact that there are fewer parts needed in electric vehicles. How many fewer? Well, there are only about 20 moving parts in an electric engine, compared to about 2,000 parts in an internal combustion engine. This makes these contract production ventures much more feasible than they were before.

Further, the cars are being built in order to be innovated upon, so I think it is more than fair to assume that these may be pretty bland cars coming out of the original factory. Thus, the supply chain for all of the extra luxuries that go into the car likely gets managed by the company selling the road-ready car, and not Magna or Foxconn. Thus, the already simpler supply chain gets simpler.

Now that isn’t to downplay how difficult even an electric vehicle’s supply chain is. To be clear, the supply chain is still rather large and difficult to manage. Thankfully for the Magnas of the world, they won’t need to spend millions on advertising and other costs (to the same degree), shifting focus to a micromanaged supply chain and, of course, R&D.

Thus, these factories will have a greater ability to manage a smaller supply chain. Is SCaaS (Supply Chain as a Service) the new SaaS (Software as a Service)?

Another benefit to this approach is how it decreases the benefit that large companies have via economies of scale. Right now, you’ve got to build an expensive prototype, rally private investors behind your idea, and build and scale factories, all while hopefully delivering some vehicles to limit debt and generate buzz around the new vehicles.

Ordering a partially built ride doesn’t mean that there will be no factory building, but it does mean significantly reduced factory needs since the bulk of the production will be done elsewhere. Body shops are already equipped to thoroughly customize car interiors and exteriors, so if cars are built with them in mind, the barriers to entry all but dissipate.

There are a ton of architects that you can hire to design and build your own home. Perhaps a norm could eventually be working with engineers to design a car that fits your needs.

Building off economies of scale, there is a lot to think about. People avoid cookie-cutter homes when they can, and those that can afford it could come to avoid mass-produced cars.

As we already noted, there are a lot fewer moving parts in an EV. What we didn’t note yet is that electric engines will likely last longer than combustion engines.

How much longer is up to time to tell, but Tesloop - a Southern California-based fleet that rents EVs - suggests that lifespans could extend past a half-million miles.

Let’s ignore the tragedy of the commons that Tesloop cars endure, as well as their harsh charging habits of multiple times a day, and call it an ambitious estimate.

The average person drives 13,500 miles per year and the average (newer) combustion engine lasts for about 200,000 miles, which is a little over 10 years.

This points to a potentially very, very long lifespan for EVs that could see the average lifespan extend into a second decade. That’s a very long time to own a car. Like, have kids and get them almost all the way through college type of long.

So here’s my point. If you are going to own something for that long, and it sees you through multiple phases of life, the built-to-be renovated design of Foxconn and Magna cars might just be preferable to consumers.

If I know that for five years I need car seats, I can have my cabin optimized for keeping kids in car seats. When I start coaching my kid’s soccer team, I can swap my trunk for a deeper well that holds balls. Then, just like that, I can get the trunk optimized to hold and protect my golf clubs as I enjoy retirement.

Built to be renovated means easier and cheaper customizable options, which - when coupled with advancements in technology such as 3D printing - could drive demand for more custom solutions.

So TSLA Put or Call?

Sorry, Michael Burry, but I wouldn’t count Tesla and other companies out of the future.

Factory innovations such as die-casting unibody cars for increased safety are being patented, so there will surely be a demand for the brands we know. They just might not be the company actually making most cars.