Finding Support: Here Are Some Industries That Thrive During Recessions 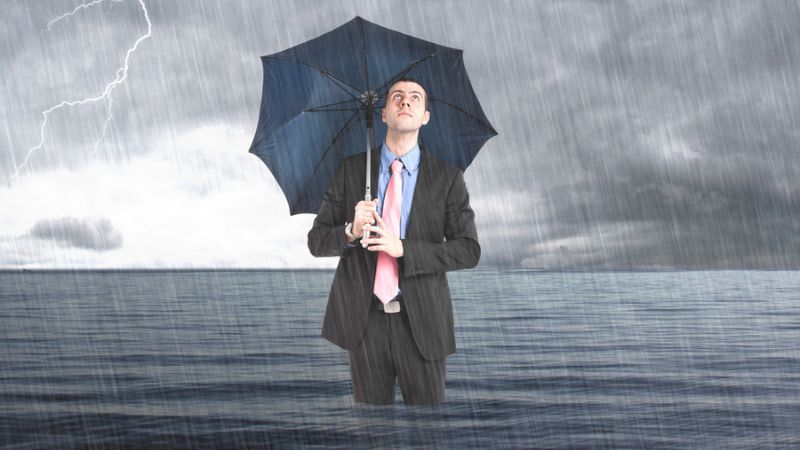 With inflation continuing to force the Federal Reserve down a more aggressive path, markets are increasingly expecting that things will have to get worse before they get better.

As it stands, in order to tame inflation that is etching away at consumer spending power, Bloomberg Economics is estimating a 72% chance of a Fed-triggered recession by 2024.

Between March and April, the “peak inflation” narrative was dealt a few wins as producer and consumer prices pulled back on a yearly basis. However, the “peak” was short-lived as consumer prices ticked higher in the May report, sparking a sell-off and increasing the need for hasty rate hikes, which came to fruition last Wednesday when the Fed raised rates by 75 basis points - the largest hike in four decades.

When central bankers are forced to tame prices with more significant and more frequent rate hikes, it increases the odds that lower prices will come at the expense of economic growth as higher borrowing costs weigh on expansion.

While the list of losers is a large one during recessions, there are some stocks and industries that are able to outperform. The winners and losers from an economic downturn can vary in the manner in which the recession comes to be and there is no such thing as a guarantee.

During the Great Recession, just 25 stocks in the S&P 500 had a positive year. But during the pandemic, which had an entirely different dynamic, it came down to 1) is this company “essential” work and, if not, 2) are they helping us live and work from home. If not, they better have been developing a vaccine.

With that said, we’ll explore winners from the past recessions to help find companies that have a less gloomy outlook as we potentially head into another one.

Whether it's products related to the unavoidable realities of the bathroom - as outlined in everyone’s favorite children's book “Everyone Poops” - or products pertaining to cleaning your face, skin, clothes, or home. Staples are essentials that keep the same (or mostly the same) demand, regardless of the economic outlook.

Toothpaste, detergents, toilet paper, and cleaning wipes & solutions are all important household essentials that people don’t cut from their budget. That isn’t to say that some households won’t move from triple-ply to single-ply, only that there will still be a ply in the house.

With that in mind, name-brand companies like Proctor & Gamble (PG) can still feel the effect of inflation. I may need laundry detergent, but I may stray away from PG’s Tide Pods to save a few bucks.

During the 2008 recession, Dollar Tree (DLTR) was the S&P 500’s top-performing stock, rising 60.8% during 2008 as consumers sought discounted goods. Fellow discounter Walmart (WMT) was another top performer during 2008.

Despite the report, Kroger fell as analysts attributed the topline results to the “largely expected” impact of food inflation.

Life is never black and white, so don’t expect all luxuries to have the same experience during a recession.

While I might not have thousands of dollars extra to fly the family out to Cabo, get a hotel, go out to eat 2-3 times daily, see a few overpriced tourist attractions, and then fly home; getting everyone in the family a few nice things, like luxury lipstick, isn’t off the table for many households.

The Lipstick Effect considers how scaling back and pulling out are two different things, and how that substitution for a smaller-ticket price can create a new winner entirely.

During Covid, many of us transitioned to a world of sweatpants in our WFH reality - and our wardrobes took a hit. Fashion has been rather fashionable again, but has been primarily driven by a wealthier crowd.

That said, up until a few weeks ago, there was a ton of talk about the big summer travel months that are now being questioned. If families start backing out of trips as airfare reaches 30% higher than 2019 levels - and both the kids and parents are in need of new clothes anyways - it seems reasonable that the luxuries would be needed first, and accessories second.

As you age, you learn the old adage to be true that the only guarantees in life are death and taxes. Both of those realities suck, but that reality does mean services related to the two of these can be recession-proof stocks.

H&R Block (HRB) is a mostly pure-play tax-preparation company that has already bucked the trend and risen 35% year-to-date. Most of this YTD gain can be attributed to its last earnings report, where it beat earnings and revenue estimates while offering upside full-year revenue guidance.

Meanwhile, Service Corporation International (SCI) and Carriage Services (CSV) are two funeral-related stocks. While a recession may mean that some of the extra luxuries could get left out of funerals, the processions will unfortunately proceed.