Facebook's Name Change is Cool, but Apple's Strut Towards the Metaverse is Cooler 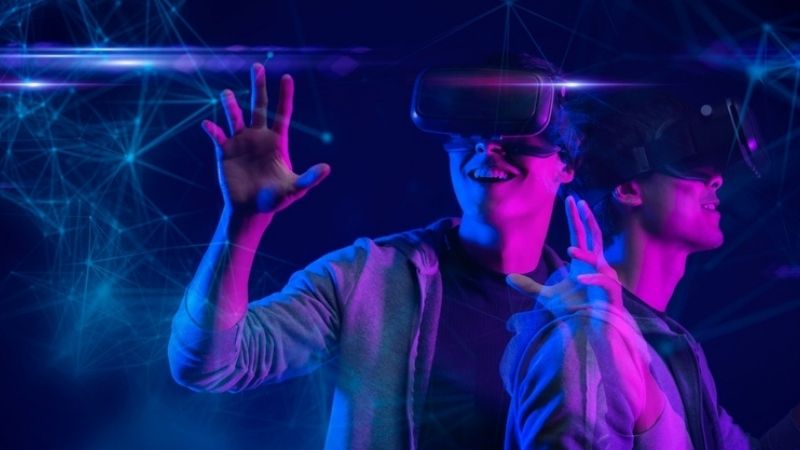 According to Morgan Stanley - and contrary to the notion set forth by Kesha in 2009 - the party indeed does not start until Apple walks in.

Well, at least in the metaverse it doesn’t.

While Google parent Alphabet (GOOG) and Facebook parent Meta (FB) both jumped deep into the metaverse pretty early on to develop the software that envelopes our lives, Apple has been content - as usual, and in typical grandparent fashion - to let their kids think they know a thing or two about parenting, or in this case, product releases, letting them make their own mistakes.

The Metaverse can be thought of as virtual worlds that people fly around in, like Zuckerberg would have you believe, but more importantly, it can be thought of as a point in time where our digital lives become worth more than our physical lives (kind of like the moment of singularity in AI, but with virtual reality).

It sounds crazy to think that, at some point, people’s virtual assets one day might be worth more than their physical ones, especially since you probably still have to eat real food and drink real water.

But then you see videos of Post Malone casually dropping $734,401.60 on a couple of Bored Ape NFTs, saying that his friends are going to “freak out” and you start to realize that it has been slowly creeping up on us for a while.

From Fortnite players making memes out of “no skins” - which are players that did not spend real money on Fortnite to buy a skin - to iPhone users lambasting their Andriod friend for making the color scheme in the collective’s group chat SMS green instead of iMessage blue. Digital swag has been a flex, and it’s only getting more that way.

But back to why Apple’s slow adoption of AR/VR is more important to the metaverse than a low-key sketchy social media company changing its name and unveiling haptic gloves that will let you feel objects in the metaverse.

Meta and Google are, without a doubt, early adopters of metaverse-related business activities. Being first is cool, but being the best is always better. Just ask Nokia and BlackBerry about that.

Or, if you’d prefer a more recent product, ask Fitbit what it was like going from 44.7% market share in the first quarter of 2014 to a market share of just 2.6% in the third quarter of 2020. Apple released the Apple Watch in April 2015 and nearly jumped Fitbit in that very quarter when Apple recorded 20.3% market share compared to Fitbit’s 24.9% market share.

How did Apple take over the watch industry? By waiting, learning, and improving on the mistakes of other companies. They learned who was interested in connected watches and then made one to fit the needs of that customer.

Tech analysts Katy Huberty and Erik Woodring said “The benefit of Apple’s more patient approach to entering new markets is that the chances of success increase with a more informed approach to disruption.”

Apple is expected to release its first VR/AR product in late 2022 or early 2023, which will be a major step towards the normalization of the technology, according to Morgan Stanley analysts, with the team saying that “Apple’s patent portfolio is beginning to mirror the period prior to the Watch launch.”

But better timing is far from the only reason that Apple’s entrance into the space is an important one.

In a research note by Morgan Stanley, “mass market adoption” of AR/VR technology will occur “when Apple enters the race.” But that hypothesis wasn’t made because of a hatred for green SMS messages, but rather, because was a consensus belief that the analysts came to through surveys and chats with VR/AR companies.

Oh, and in a Harris Poll in June, Apple - which obviously doesn’t have an AR/VR product - beat out Facebook, Google, Samsung, Amazon, and Microsoft as people’s first choice for smart glasses with 35% saying Apple is their preferred choice.

So should you count Meta out? No, probably not. Amazon has kept Apple at bay in the smart home space, so the battle is certainly winnable. Plus, they have a few good years on Apple and experience is experience.

But nobody times market entries quite like Apple, so any step in that direction by Apple should be heard as a war cry from the Cupertino giant.