Does a Returning CEO Really Change Anything for Disney? 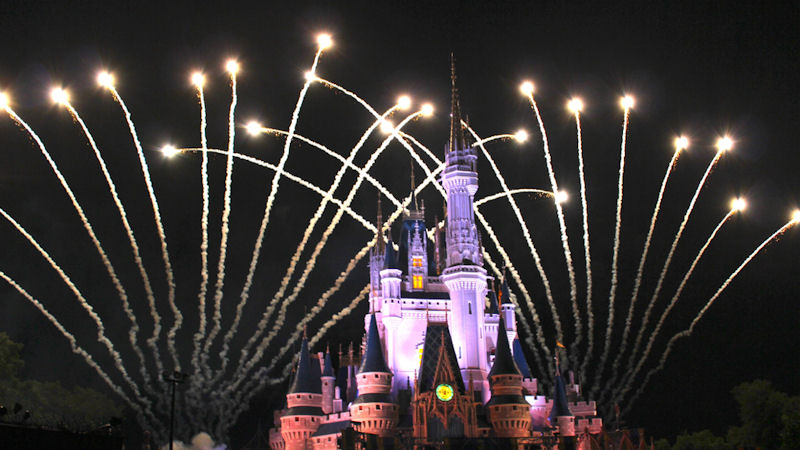 The news comes shortly after a disappointing earnings report from Disney and in the midst of a rough year for its stock with its share price down more than 37% in 2022. The performance seemingly led to many supporting a change in leadership as its stock price rose more than 6% after the announcement that Iger would return.

However, Disney isn’t exactly an outlier in share performance for some of the world’s biggest companies this year and macroeconomic factors have hurt various parts of the company. Chapek might not have been doing phenomenal but he wasn’t overly criticized either and the move to replace him came as a shock to many investors.

Where Does Disney Bring in the Most Money?

Chapek served as CEO of Disney for a little over a year and a half. He took on the role in Feb. 2020, just before the COVID-19 virus became a pandemic. Not a great time to get on board but certainly a quick learning experience through extreme adversity. Disney now has a strong streaming service with Disney+ that performed well during the pandemic as the general public was quarantined and watched shows and movies like never before to keep themselves entertained.

However, despite Disney+ now growing to over 160 million subscribers, Disney’s parks remain the backbone of its company. Disney’s theme parks account for 32% of its total revenue while media network, studio entertainment, home entertainment, and theatrical distribution account for roughly 30%. Affiliate fees (25.99%) and advertising (11%) make up the rest of its revenue. Meanwhile, 62% of Disney’s operating income comes from parks, experiences, and products.

That’s all to say that the start of Chapek’s reign was kicked off with the primary source of revenue and income being shut down for an extended period due to quarantine measures. Theme parks are coming back in demand now after the vaccine was made available and most measures were lifted but people remained hesitant to go back to theme parks and cruises at first due to them… well them being massive petri dishes that are one of the first places to avoid in any kind of pandemic situation.

Alternatively, Disney+ experienced tremendous growth during the pandemic as it launched just before the coronavirus spread. Streaming services have notably struggled recently as people are back outside and tired of watching endless television shows. That problem has only been exacerbated by many streaming platforms cranking out new shows and series for the sake of content but dipping in quality as a result.

Consumers are also excited to go back to the theaters again as many movies are positing massive box office numbers again with Top Gun: Maverick bringing in nearly $1.5 billion (11 all time) at the box office after premiering in the summer and Spider-Man: No Way Home hitting over $1.9 billion (sixth all time) after being released in December last year.

The good news for Disney is that it is responsible for many of the year’s biggest box office hits with its Marvel Cinematic Universe cranking out movies left and right. However, those movies aren’t quite putting up the same numbers, on average, as they did before Avengers: Endgame. Still, it seems many investors are focusing more and more on the Disney+ service as the future of the company and slower growth estimates for the streaming services are partly hurting Disney stock sentiment. Disney+ has firmly placed itself as the third largest streaming platform with 164 million global subscribers, behind only Netflix and Amazon Prime Video.

So Why the Change in Leadership?

Disney+ could be growing strong but a recent policy change could be one of the biggest reasons for the return of Bob Iger. The Disney+ premium tier recently jumped in price from $7.99 to $10.99, the biggest price jump since its inception. Meanwhile, a new ad-supported tier will be added on Dec. 8 that comes in at the original ad-free price of $7.99. The change was made for greater profitability from the platform as the streaming industry has recently pivoted towards a greater focus on profits after years of primarily focusing on subscription growth.

Iger notably disagreed with the decision to raise prices and cost cutting moves from Chapek as the now former CEO recently told executives that the company would lower costs through hiring freezes and layoffs. Additionally, Iger has been outspoken about his disagreement with the creation of a new division, Disney Media and Entertainment. Finally, Iger had reportedly heard a number of complaints from former colleagues over Chapek’s leadership style and in particular the plan to move 2,000 employees from California to Florida which clearly did not take into account the employee’s lives beforehand.

Despite this the board did not have intentions to replace Chapek with anyone new until very recently when returning Iger to the CEO spot was agreed to by both parties. Considering many of the frustrations or complaints seem to be from Iger either directly or indirectly and Chapek himself was appointed by Iger to succeed him, it's hard to imagine Iger wasn’t the main reason for most of the skepticism building around Chapek in the first place.

Either way, a change in leadership is only going to go so far for Disney. A decision to revert price changes of Disney+ seems highly unlikely unless met with serious backlash and massive drop in subscribers. Meanwhile, higher inflation and now tighter monetary policy is going to hurt discretionary spending with any potential recession only looking to make matters worse.

Families will continue to spend money on food and shelter in down times but tighter budgets usually leads to fewer Marvel toys and expensive vacations to expensive theme parks. Should macroeconomic factors turn more positive and Disney benefit from those conditions, it still seems unlikely that Iger returning would have much impact on that.

Chapek might not have been great but he wasn’t necessarily terrible either given the time period served. If anything, the change in leadership seems like a desperate move to immediately get back on track with Iger slated to serve two years before again naming a successor. All in all, Iger proved to be a very successful CEO before and will likely continue to be a strong leader, but even after just naming a new CEO, it seems that Disney is once again looking for someone to take control of the company for the long term.