Delta And Your Portfolio: How to Capitalize on the World's Worst Sequel 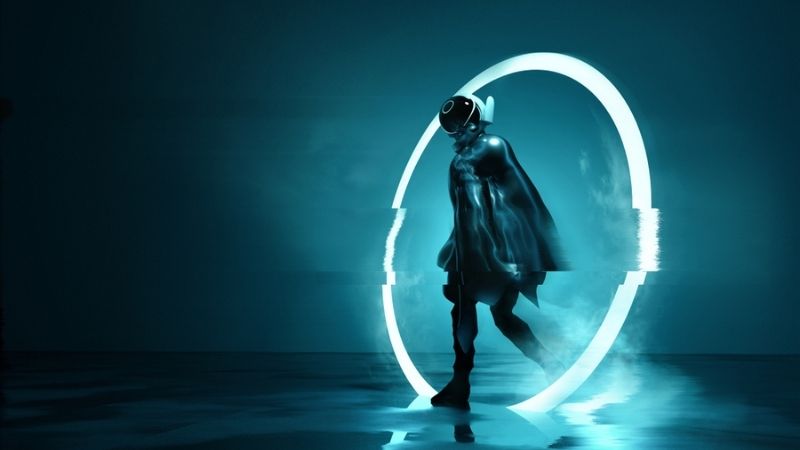 The delta variant, which was first discovered in December 2020, has surged globally to become the world’s primary strain of the coronavirus, delaying the recovery and putting the market in limbo as traders remain unsure where to place their bets for the murky road ahead.

That last similarity - Delta and its predecessor having the same vulnerabilities - is the key to why this sequel should have a different, and more favorable, end to its story for investors and humanity alike.

As things stand, we are back near the beginning of the story as the higher transmission rates have shifted our focus back to prevention, but unlike the last time prevention was the focal point, we have vaccines that help prevent and protect individuals, albeit, at slightly lower rates than for the original virus.

So with history not quite repeating itself - yet reserving the right to do so if Delta is allowed to spread uncontrolled and create a newer, potentially vaccine-proof mutation - investors are looking for stocks that operate in the void between reopening and full-on lockdowns to find gains, rather than getting back with their Covid darlings, such as Netflix (NFLX), Zoom (ZM), and Peloton (PTON).

Companies like those listed above added droves of subscribers during the pandemic, but have taken a beating since vaccines were approved and even warned that this day would come. This is because subscribers and daily user counts have shown much slower growth as people have been getting back to a more normal life.

Think of it this way, if you didn’t want to stream while you are locked in your house, you probably won’t be interested in it once the world is back in order. Sure, many people didn’t subscribe before due to financial reasons and a growing labor market would suggest that some of those people could soon afford to become subscribers, but those numbers are likely small compared to the number of people who signed up during the peak of the pandemic.

This suggests that the U.S. market might be tapped out subscription wise. Netflix’s second-quarter earnings reports supports this, as the company lost some 400,000 subscribers in the U.S. and Canada, but managed to net over 1.5 million subscribers for the quarter globally. While growth abroad contributes to revenue and subscriber growth, it does cause some concern as the company must now look mostly to less developed countries for that growth, which tends to mean a smaller target market.

In Chan Kim’s Blue Ocean Strategy, Kim breaks non-customers into three distinct groups: the “soon-to-be” customers, the “refusing” customers, and the “unexplored” customers. Economic stimulus and lockdowns helped these companies blow through their “soon-to-be” customers, affording individuals the financial stability to subscribe. Meanwhile, lockdown orders, curfews, and - again - financial freedoms created a set of circumstances that drove a number of the holdouts to subscribe. This is why its no surprise that Netflix lost subscribers in the U.S..

So if you can’t rely on the subscribers to keep subscribing, where can you find stocks that will benefit from our current in-between state? Well, these are going to be the companies that weren’t profiting directly from our collective boredom, but rather were finding success because, well, the conditions are just right.

The most obvious winners here are the vaccine-makers. Moderna (MRNA), Pfizer (PFE), and BioNTech (BNTX) have all soared lately as the companies' earnings have all shown hefty growth. Considering that just 30% of the world has received at least one dose, and that boosters will likely be needed in the future, this gravy train remains far from its destination.

However, the current vaccine makers are not the only winners here as there are still tons of companies pursuing vaccines in clinical trials. Novavax (NVAX), for example, is boasting the strongest protection of any Covid vaccine out there with a flawless 100% protection rate against moderate and severe disease and a 90% overall efficacy, in Phase 3 clinical trials.

Interestingly enough, Novavax is taking a different approach to distribution after arriving a little late to the party, which may help it be one of the biggest winners in this space. Novavax aims to focus on markets that are in urgent need of vaccines, like India and the Philippines. Furthermore, Novavax is studying the use of its vaccine as a booster shot for those who had a different, approved vaccine. While no data has been released, CEO Stan Erck told analysts that he hopes that the Novavax vaccine will become the “booster of choice” for higher-income nations and that it eventually becomes the preferred shot for re-vaccinations.

But vaccine-makers aren’t the only companies that stand to gain as we endure purgatory. Throughout this pandemic, there have been some pretty persistent shortages which has driven demand and profits ever-higher for companies dealing directly in those commodities. The shortages include the infamous semiconductor shortage which has made it next to impossible to get your hands on a PlayStation 5, while a lumber shortage helped send housing prices through the roof.

In addition to companies profiting from shortages that could get dragged out by delta, companies like Google (GOOG), which makes money from ad revenue, could be thrust into the limelight by the delta variant as well. In the most-recent quarter, Google reported year-over-year ad revenue growth of 69%, with much of the surge attributed to retailers. If we float around the void for too long, retailers might stop investing in online advertising like they did at the start of the pandemic, but as things stand, retailers are betting that the worst is behind us and that the doors will stay open throughout round two.

So, as we drift in empty-nothingness and invest in the void, remember to fly away from the tapped-out subscription services and float with the companies that are comfortable as is.